part one is here:

"Half a dozen cocks and 1 hen take a day trip" 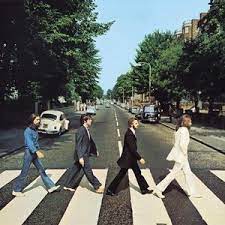 [to be continued by... TfT » The fLIPADOS team]

From Beat Girl to Mad Men: the life of Gillian Hills

From her screen debut in the newly rereleased 1959 Soho sexposé Beat Girl to French pop stardom, from skimpy turns in Blowup and A Clockwork Orange to cult stardom as a book-cover illustrator and now to a musical revival… Gillian Hills has never been bored, she tells Trevor Johnston. 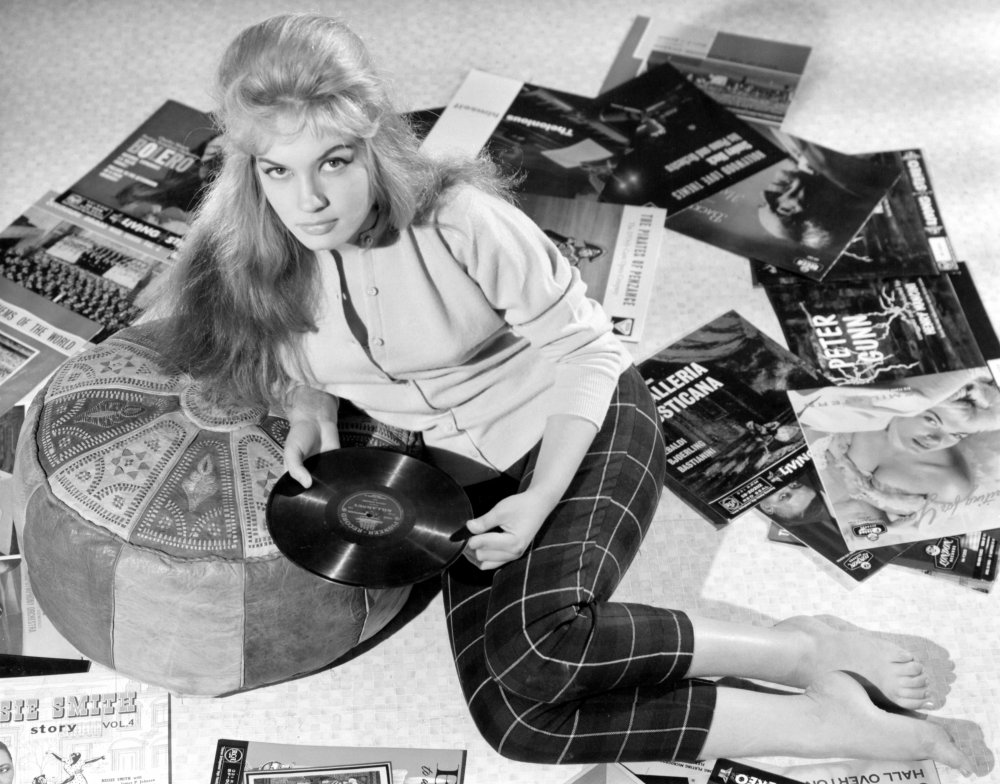 If there’s one scene in late-1950s British cinema which tells you the new teen tribes were thriving in the capital, it’s the opening sequence from Edmond T. Gréville’s sleazy Soho exposé Beat Girl. As a stream of eager youths pours down a staircase from a Soho milk bar into the club below, the attention’s firmly on wild-child Gillian Hills as she’s transfixed by the call of John Barry’s riff-tastic title number, a feral glare straight down the camera before she joins the frugging throng and dances to her own tune.

Beat Girl is out now on DVD/Blu-ray dual-disc edition from BFI Flipside.

For that moment alone, Hills would warrant her own eternal niche in British B-movie legend, but BFI Flipside’s welcome release of Beat Girl in a spanking restored dual-disc edition has once more thrown the spotlight on a performer whose remarkable (and still unfolding!) trajectory through film, music, television and beyond is far too fascinating to be relegated to mere footnote status.

Audiences at London’s Regent Street Cinema were recently treated to a special appearance by the lady herself, whose sharp-witted insights and still-elegant frame utterly belied her 71 years. The whole evening offered a salutary reminder that beyond Beat Girl, Hills’ path took her towards French pop stardom, an ongoing filmography including roles for Antonioni and Kubrick, a key role in the cult TV adaptation of Alan Garner’s The Owl Service, plus a sub-career as an esteemed book illustrator, and as of 2016 newly revived musical ambitions. 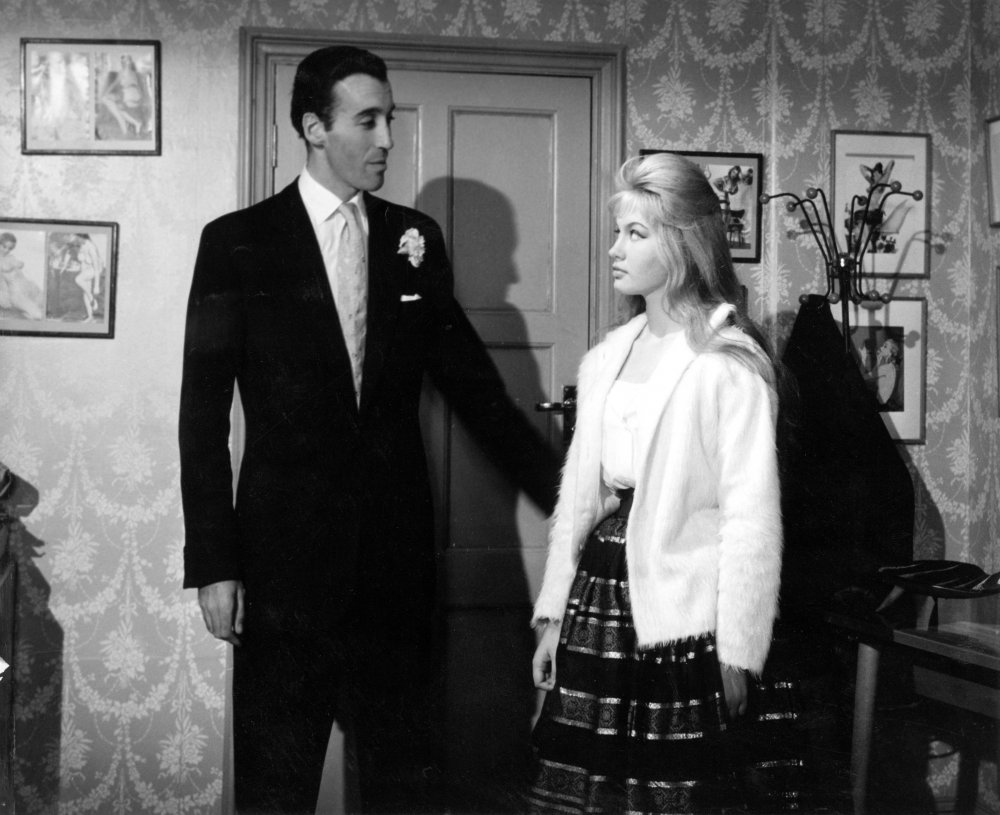 Moreover, the circumstances which brought her at the tender age of 15 to the role in Beat Girl – involving the breakdown of her parents’ marriage when her adventurer father Denis Hills left her Polish actress mother Dunia Lesmian, a wandering existence which took mother and daughter to France and her discovery by Roger Vadim, who cast her in his 1959 version of Les Liaisons Dangereuses – all suggest enough drama to make a movie on its own. As Hills herself explained to me the morning after the Beat Girl screening, however, that very particular background made its contribution to the forthright, credibly petulant performance she delivered on screen.

For all the film’s slightly disreputable status, your performance in Beat Girl provides us with pretty much the first believable teenager on British screens. How did that come about?

Everything in that part was incredibly real to me. I wasn’t acting at all, that’s why there’s a constant flow of fury. She so wants to express herself but when you’re young you don’t know how to do things like that, so she’s constantly pushing all the wrong buttons.

I recognised so many things about Jennifer, because there was a large part of myself which was so frustrated and annoyed. I’d lived in so many countries by that point and spoken so many languages, it was as if I was just a piece of baggage. I saw the film again just recently for the first time since I was 16, and it was actually quite upsetting. What comes through is all that emotion, the truth that’s underneath the words she’s saying. 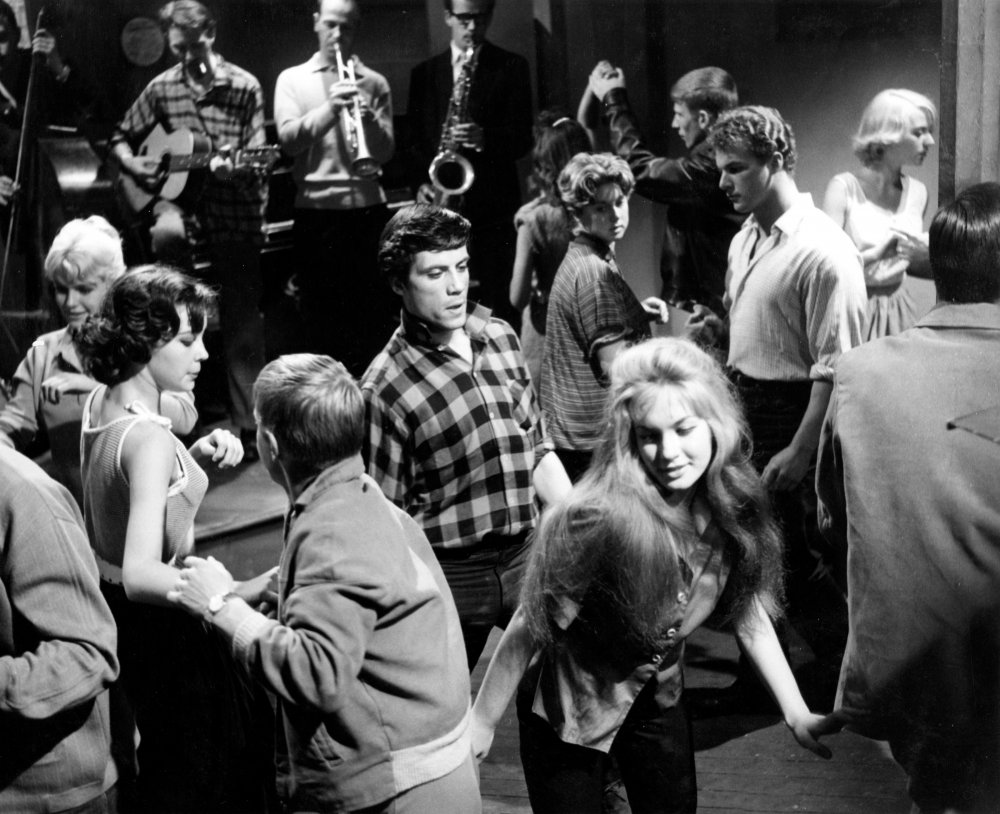 That cast is like a who’s-who of upcoming talent, from Adam Faith, Shirley Anne Field and Oliver Reed. As an interloper from Paris, how did you fit in?

In those days, you had to have a special card from RADA before you could even act in films. I didn’t have that; the producers got one for me. It was all so stultified in Britain compared to what they were doing in France, where Godard would just haul people off the streets. And I think that explains why the actors in British films were often older than the young people’s parts they were supposed to be playing.

But they all brought their own history with them. Adam Faith was from quite humble beginnings, but you could tell he was terribly ambitious, especially where music was concerned, and he was often huddled in conversation with John Barry. He was also terribly in love with Shirley Anne. He would end up in her dressing room next to mine and my mother had to make excuses for the squeaking noises we’d hear coming through the walls. 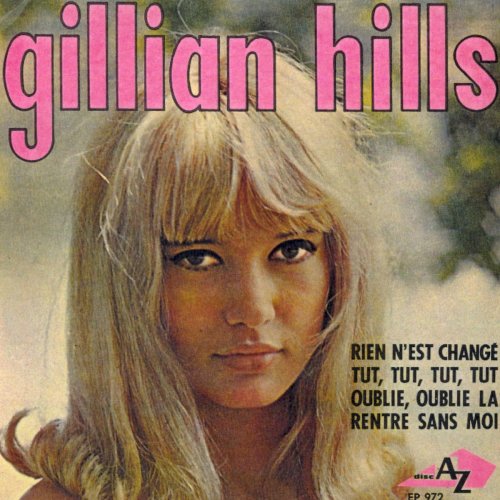 Oliver Reed was very ambitious too: he told me his uncle Carol Reed had gotten him the part, but he was really determined to make the most of it. He made sure you were looking at him, the way he moved.

After Beat Girl you signed for Barclay Records in Paris and became one of the female artists in France who started singing American-influenced pop songs rather than the traditional chanson style. Was that an easy transition?

Oh God, French is such a disaster for pop songs. It takes so long to say anything, and somehow it just doesn’t have the right sound.

I used to dread getting these texts I had to sing. They’d take something like The Shirelles’ track Mama Said, which is a great rock ’n’ roll title, and turn it into some silly ditty about dancing the twist. But, you see, you had to know English in order to understand how bad the French was, and the writers were all getting royalties so they’d just churn this stuff out.

It’s why I started writing my own songs – and why Serge Gainsbourg is such a hero in France, because he was the one to write real pop songs, to loosen it all up.

Hills with David Hemmings and Jane Birkin in Blowup (1966)

Was taking a fairly scandalous role in Blowup – with Jane Birkin, the rolls of purple paper and no clothes – a way of saying goodbye to all the fluffy French pop you’d been doing?

When I talked to Antonioni, at first I had no inkling he’d ever use me; it was just a lovely chat with this wonderfully talented person. When he offered me the role, at first I turned it down, I just didn’t think I could undress. But then I realised I’d just turned 21 and I could do whatever the hell I wanted. I had to call up his secretary and get her to intercept the letter.

Then on the day of the shoot I was so nervous I had my first taste of wine. I got the smallest bottle in the shop and downed it in the loo before we went on. Jane was so nervous, I saw the make-up people covering the red blotches which had come out on her chest. Antonioni had three cameras running and we were hysterical; I was laughing my head off and Jane screamed like a banshee.

Was something similar going on in that scene in A Clockwork Orange where you and a girlfriend are lured back to Alex’s lair?

That’s a bit fluffier in my mind because I was so terrified. Stanley was very serious, and his crew absolutely revered him. I loved his sense of lighting, the way he lit what was actually a real council flat with a white Perspex box flooding in. But it was really hot, and that made the boa constrictor rather lively… 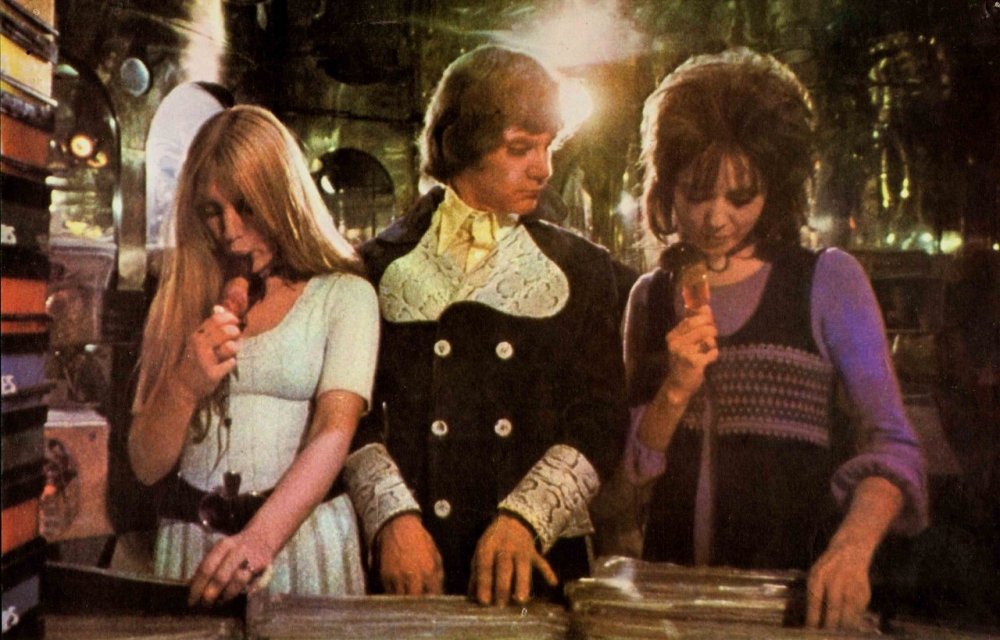 Because Alex keeps a very large snake in the drawer…

We were bouncing around on the bed, and Malcolm McDowell was so funny, we laughed so much. But we did realise at one point that the snake was actually under the bed while a lot of this was going on. You know what it’s like when you’re on a film set: you just assume that someone will be there to sort it out. We assumed it had been well fed, but Malcolm, who was a bit scared of snakes, wasn’t such a trusting individual on that score.

I’m sure we shot another scene with the snake. I was there for about two weeks. But that’s what happens in film: you eliminate what’s not essential.

In contrast to those brief but memorable appearances, the TV adaptation of The Owl Service presumably offered something a bit more challenging in terms of performance?

I just lived it. It was the way I approached all my parts. Again, I felt very close to the role of Allison, because I’d lived such a cooped-up life with my mother. I knew what it was like to feel restricted, and the kids in that book are brought up not to realise they can look after themselves, so they’re being manipulated by the adults.

Actually, the parts really should have been played by much younger children, but that’s what makes the whole thing so unbelievably odd. It’s perturbing. It’s almost another Turn of the Screw.

You had further roles afterwards in A Clockwork Orange, obviously, but also Hammer’s Demons of the Mind, and a Spanish horror film The Killer Wore Gloves, all of which required a certain amount of nudity. Did the parts on offer contribute to your decision to stop acting in the mid-70s?

It’s very strange when you go to an audition and suddenly you’re asked to strip down to your underwear, like I did for Juan Bosch… and also at the casting session for A Clockwork Orange. We were all sitting outside and these girls were coming out absolutely traumatised. You were treated in a way which was very dehumanising.

But that wasn’t the case all the time. I remember, years later, after I’d moved to New York to become an illustrator, I bumped into Anthony Page at the Whitney. He’d directed me in the film of John Osborne’s Inadmissible Evidence, and offered to get me some more parts, but by then my mind was made up never to go back. He said I was a good actress, which really touched me, because he was a very respected director.

And the decade you spent as an illustrator was by no means negligible, since you did the covers for a lot of high-profile best-sellers including Peter Benchley’s The Deep and Virginia Andrews’ Flowers in the Attic…

Apparently, I’m a cult. Those covers became a part of people’s lives, even though I didn’t even take a credit until the last couple of years when I knew I was going to stop.

I worked in watercolours and I put all my emotions into them. Simon & Schuster called me their mascot since so many of the books did quite well, though the only author who ever wanted to meet me was D.M. Thomas, because I was doing The White Hotel. We had a wonderful conversation about Jung and Freud, though I had a suspicion I knew more about them than he did.

Oh, and Mad Men as well. You know, I went viral after Jessica Paré sang my old French hit Zou Bisou Bisou at Don Draper’s birthday party. The same key, the same rhythm, and she sang it so prettily.

I was in Havana, of all places, where Zucchero, one of the people my husband Stewart manages, was recording a new album with Don Was. His keyboard player Peter Vettese had become so intrigued by that song that he asked if I would consider doing something again, so I went to the Caymans, stared at the sea and started writing again, thinking back to those years from 11 to 19. We hope to have the album out later in the year.

That’s what happens when you combine passion and curiosity. Those two things have always propelled me. I don’t know the meaning of the word ‘boredom’.

Related to From Beat Girl to Mad Men: the life of Gillian Hills