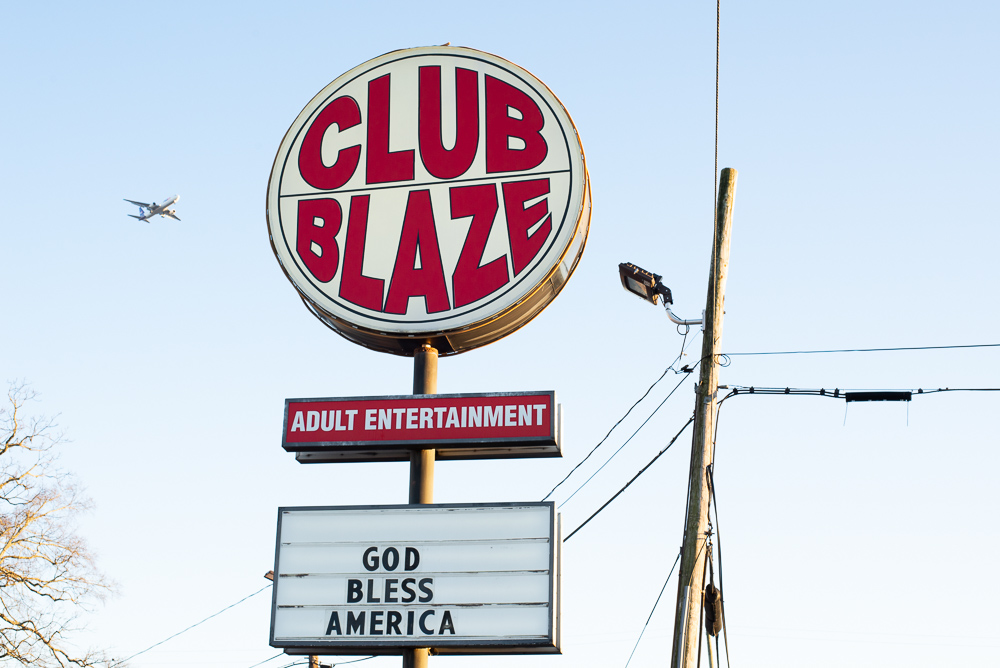 Living in Atlanta, I thought, would be different—if not exceptional—during a pandemic. Atlanta is, after all, home to the Center for Disease Control, the premier public health institution in the world, as well as to Emory University’s School of Medicine, Morehouse School of Medicine, and the scientific research facilities of Georgia Tech—it all gave me a strange sense of safety. The architecture built to prevent death seems firm and is visible everywhere. Road signs point towards hospitals, research facilities, government installations. From my intellectual-side hobby of reading and learning everything I can about exceptional diseases—including rabies, HIV/AIDS, and all other zoonotic horrors—I had long associated Atlanta with the CDC. Perhaps it reflects how niche my interests really are, as most people I talk to didn’t know the CDC was in Atlanta until the television series The Walking Dead came along.

Atlanta is name-dropped in fiction, news reports, and cinematic zeniths when someone is a victim of radiation poisoning, an emergency supply of Prussian Blue secreted away from the government’s stores and escorted through Atlanta.  Dr. Fauci spent a great deal of time “with Atlanta” during the first bloom of AIDS and there is always a dramatic moment where a doctor runs across the tarmac to get a fresh heart or a rare sample “from Atlanta” to save the day. Even Atlanta Hartsfield–Jackson International Airport is part of this architecture against death, as organs and medicines move in and out of ATL, the busiest airport in the world.

Armed with this knowledge, and the swagger of being known as the capitol of the South, I was shocked and alarmed by the disaster unfolding at the CDC in the early days of the pandemic. If they couldn’t get it together, who could? What were all those people doing up there in the clean, white-walled corridors of the CDC, the reassuringly bland, beige rooms of Emory? Suddenly Atlanta’s architecture against death didn’t seem capable of doing anything at all.

Once a month since October, I have been driving 20 miles from my home in East Atlanta to a tiny, windowless office in Stockbridge, Georgia. My route takes me almost 15 minutes longer than if I took the interstate, but I can’t do that. I know with the evangelical certainty of the recently converted that I would die if I did that. Instead, I take Moreland Avenue all the way down, a steady, calming 45 mph the entire way. There is no kind way to describe the drive; it is arrestingly ugly. Even without the deadened-gray winter sky, this is where the state has decided to put its bodily corruption. I count a couple of army annexes, several anonymous-looking warehouses, lines of Amazon and FedEx trucks lined up receiving the junk Atlanta ordered the day before. I soon recognize the banal architecture of death. Medical devices and wheelchair stores. Physical therapy clinics, clinics for specific cancers, grief counseling practices, abandoned churches, trash. The weirdly cheery DaVita! dialysis clinics. And then there are the insidious brown pill mills. The cars parked in front have tags from Kentucky, Tennessee, Florida, Alabama, Mississippi, North Carolina, their bounty fueling the other epidemic: the addictions ravaging America, the rural and non-rural parts alike.

Through the National Institute of Health, then through Emory, and now, in this low-ceilinged office, I enrolled in what I considered the most patriotic thing I could ever do, and gave up the autonomy of my body for two years, to test a vaccine to end this pandemic. The list of what I could not do for the next 24 months was long. I could not get pregnant. I could not give blood. I could not alter my listed medications. Instead of going to the glittering campuses in the city, I was driving past CLUB BLAZE, an adult entertainment whose marquee said GOD BLESS AMERICA on one side, and GOOD LUCK JOE on the other. I passed gun ranges and abandoned cars. I passed “family clinics.”  My mind went through all the possibilities of what I could be walking into. Was I going to be murdered for my kidneys? Was it all a set-up? Was someone going to consul me to not give up my baby and trust Jesus?

I signed form after form after form after form. I gave sample after sample, so much blood that I started bringing multiple cans of Slimfast with me so I wouldn’t faint.  The nurses thanked me every time I came to the office, and I thanked them. I remained quiet about my participation as they told me to before the vaccine was approved. I asked the nurses why silence was requested, since I doubted anyone in this trial had the medical knowledge needed to sell trade secrets to someone, and that there was no way in hell I wasn’t telling my family what I had done. One laughed, and said, “Yeah, it’s that, but it’s also your safety, and ours.” I asked if there had been any attacks on anyone involved in the trial or any other vaccine group. She described the case of the pharmacist who intentionally destroyed doses, and the people in England who burned 5G towers because they believed they caused COVID-19, and other examples. This frightened me more than anything else: the idea that I could be in danger, not because of the vaccine, but because of what others thought of it. So, I kept quiet.

I drove down Moreland early in the morning every month, sometimes several times a month, completely alone in my speeding singular death machine, with truckers and third-shifters. Older Black men stood outside the white building with no signs, smoking cigarettes with their masks pulled down. I learned what was moving around me. The refrigerated trucks in the clinic parking lot were moving medicine, blood, and who knows what else. The non-refrigerated trucks took away used needles. The Bentleys and Mercedes pulling in were getting facelifts, nose jobs. Sometimes there was COVID testing being done in front of the gun range behind CLUB BLAZE, sometimes not. I read the county tags on the license plates of the cars in the clinic parking lot: Calhoun, Banks, Coweta, Jasper.

Today was my last drive to Stockbridge, for a while at least. The vaccines had been approved and now I was going to be unblinded. I had been having stress dreams about this for weeks. I knew I had gotten the real thing, but it frightened me to have the little card in my hand, listing the batch number and the date I was vaccinated. The doctor was very kind; he explained what was going to happen to me, that I was going to be informed if the shot I had received was ‘live’ or not, the safety, the side effects. I nodded along, clutching the little card so tightly I thought my sweaty palm would make the ink run. There was no reason to explain all of this. I knew I had been vaccinated.  He stopped abruptly and looked at me.

“Why did you decide to do this?”

“What do you mean? Who called me?”

“No, why did you decide to test the vaccine?”

“Because I love this country and I had to do whatever I could to help.”

The words tumbled out, and the doctor began to cry. I began to cry. He told me that this was his third pandemic, and how each one is different. He had been a test patient for polio vaccines as a first-grader, had worked at the NIH during AIDS, and now this. Each one was different he said, but this one, this one he said was miraculous. Between when the genome was announced and identified by Chinese officials to when the first American citizens got their test shot was a scant 42 days. Miraculous. I hate it when older men cry. It’s frightening and upsetting and I feel powerless and confused. I had to get out of this office. Before I left, he told me that he was grateful for my participation. He told me that he was a co-author of the efficacy paper published in the New England Journal of Medicine that had led to this vaccine’s approval, and that what happened in this tiny building was part of the data sent around the globe. My name was written in blood upon the history of the world.

I don’t remember much about driving home. The road was empty—it was lunchtime when I was finally able to leave. I saw the GOOD LUCK JOE and the GOD BLESS AMERICA, and I saw all the dead animals on the road. I thought about all the different routes I had taken to get there. I thought about the men driving the refrigerated trucks, their thick gloves and how they unload things quickly and gently, death and life in their hands.

I thought about Togo and Balto, the lead sled dogs who ran 675 miles over the frozen Alaskan tundra during the Great Race of Mercy, delivering the diphtheria vaccine to Nome. I thought about Louis Pasteur’s three assistants, who, while developing the rabies vaccine, would take turns ­­— holding the rabid dog down, collecting the dog’s saliva, and holding the gun — to shoot the other two, should the dog slip and bite them. I thought of the janitors who removed air conditioning units from the Bellevue-Stratford Hotel in Philadelphia, enabling scientists to swab for and discover the bacteria that caused Legionnaires disease. I thought about Spencer Cox, the young gay man from Atlanta who pushed the development of protease inhibitors, and redesigned clinical trials which changed HIV treatment overnight. I thought about Saint Roch, one of the Fourteen Holy Helpers — invoked against cholera and epidemics, performing his miracles of healing those afflicted with plague— who famously saved a community of New Orleans Catholics during the epidemic of yellow fever in 1817, with not a single life lost.

And the eye cannot say unto the hand, I have no need of thee: nor again the head to the feet, I have no need of you. Nay, much more those members of the body, which seem to be more feeble, are necessary: And those members of the body, which we think to be less honorable, upon these we bestow more abundant honor; and our uncomely parts have more abundant comeliness.

Are all apostles? are all prophets? are all teachers? are all workers of miracles? Have all the gifts of healing?