Five weeks ago, I received a call from Milton Glaser. We’d never met, but he was kindly answering an email I’d sent his studio a few hours prior. At best, I expected a response from his assistant. Instead, I got a FaceTime Audio call from the 90-year-old graphic designer. The result was a conversation that ranged from the confounding nature of his success to the motivation for his latest project. It would be one of his last interviews before his death on Friday, his 91st birthday.
Only a few weeks before our conversation, New York had hit its Covid-19 apex. The infection and death rates were slowing, but the city’s future remained in question. My prompt to Mr. Glaser, and the impetus for my initial email, was simple: In this moment of despair, could some form of artistic expression — similar to his 1977 “I ♥ NY” logo, scratched out in the back of a taxicab — help galvanize an ailing city?
Mr. Glaser was already grappling with some version of the same question. In between dialysis, he had been working on a project he hoped to distribute to public school students across the city, and ultimately the country. It was a graphical treatment of the word “Together.”
“There was no business plan,” said Ignacio Serrano, Mr. Glaser’s graphic designer and studio manager. “It was about connecting people through art. He would use the example of, ‘If you like Mozart and I like Mozart, we already have something in common. We have a bridge.’”
Mr. Glaser’s health was already in decline when the Black Lives Matter protests spread throughout the city, and then the world. “If he had more time,” said Mr. Serrano, “I’m sure he would have come to the office with some ideas.”
Here are excerpts from my conversation with Mr. Glaser. They have been edited and condensed for clarity.
First, how have you been managing throughout the pandemic?
Well, I’m in dialysis three days a week. I’m at a facility that basically takes care of all your needs and excludes the world. It’s as though you’re suspended in space. But I realize that the whole world is now suspended in space, so it’s not so unusual. At the same time, I’m trying to acquire a new studio next door to a new apartment we bought. So that is the height of optimism, to buy a new apartment at the age of 90.
Is it hard to do culturally relevant work, the type you’re focusing on, while “being excluded from the world”?
You still have the same issues as any design, which is effectiveness. And you still have to invent stuff out of your own psyche, and assume that people will be equally moved or challenged by the idea. I’m actually developing something I haven’t shown to anyone, which is simply a treatment of the word “Together.”
What gave you the idea for “Together”?
When you watch television now it’s so depressing. This sense of inertia, of not being able to determine your own future, it’s very eroding. All we can do is have this sense that we are not alone.
“We’re all in this together” has been reiterated a thousand times, but you can create the symbolic equivalent of that phrase by just using the word “together,” and then making those letters [look] as though they are all different, but all related. So if you want to use the word “together” it evokes the entire phrase and the idea that we have something in common.
What’s absent from “Together” is an overt reference to New York, the city that’s been the focus of much of your previous work.
I did that in order for it to be universal in the same way that “I ♥ NY” was. I want this identity to be adapted by others who are not New Yorkers. This is of course a world problem, not a New York problem.
You developed the iconic “I ♥ NY” logo in 1977, and revisited it after the attacks of Sept. 11 with “I ♥ NY More Than Ever.” Could “Together” have a similar impact? 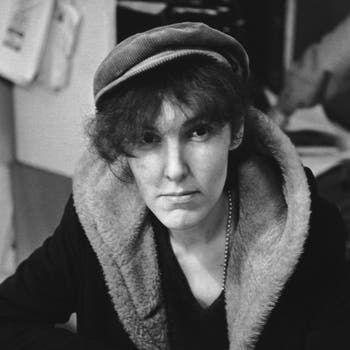 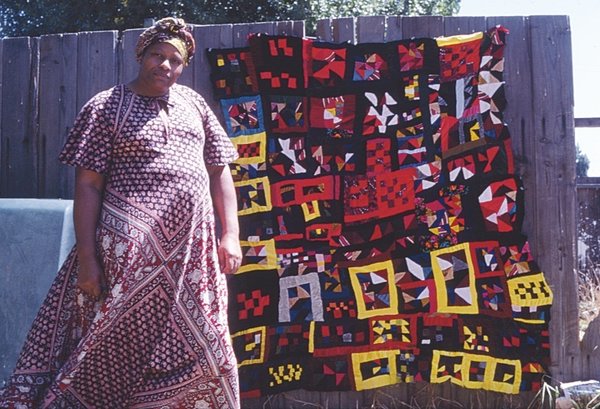 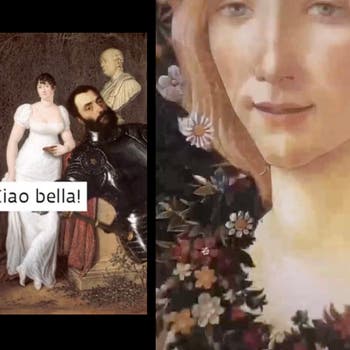 As Museums Get on TikTok, the Uffizi Is an Unlikely Class Clown

Well, I’ve done a lot of work in my life, but nothing was as durable as “I ♥ NY.” For some reason, and it’s a great mystery, that idea went all around the world. It hasn’t disappeared into the pit of advertising material or sloganism, it’s still all around.
Particularly in advertising, we’re in a cycle of a month per idea, and it’s gone, and then there’s something else to replace it. After all these years, I don’t understand what it is that makes an idea compelling enough to move a person to a different perception.

You’re skeptical that your current project can have an impact, but you’re still doing it? There must be some sense that it can break through.
I have no idea. Actually, I’m surprised by how these pieces of art can affect people, and can affect their mood or attitude. Design starts with a desire to change an existing condition, but as I said, the shift is something you hope for, and most of the time don’t get it.
The “I ♥ NY” logo started with a city commissioner coming together with an advertising agency. Would you like to see Mayor de Blasio or Governor Cuomo do more to engage the artistic community in this moment?
Well, I think they don’t understand the power of these ideas. And what they do is they hire perfectly competent people and agencies that specialize in professional work. And to some degree, this is not professional. It’s quite the opposite. Professional work guarantees results, and this has no guarantee, but we hope it opens the heart. And so it’s very hard to quantify and it’s certainly very hard for a government to select people that it’s comfortable with, who are also extraordinary. You need people who go beyond what is objective and what is logical. I suppose you have to call them artists.
You’re a lifelong New Yorker. Is there something inherent in this city that will enable it to recover from the devastation of the pandemic?
New York is full of diversity and complexity, and it’s very hard to analyze because of that. New York is a mind-set, and we’re all arrogantly proud of what that represents. The word they’ve used is toughness, but it’s also a combination of cynicism and generosity. It’s unprecedented anywhere in the world. So it really cannot be characterized as just another city, somewhere. It’s a kind of self-contained universe, and by virtue of that, it makes decisions that other places don’t.
What advice would you give younger creatives, especially those who have been particularly active and engaged during this time?
There’s an odd combination of intuition and intelligence that has to be mustered to do this work. The part that is logical is only half the job. The other half is truly intuitive and comes out of some part of the brain that you can’t control. It’s the reconciliation of those two aspects that make things happen. But since the brain is an instrument that holds everything in the universe, it’s there somewhere.
Do you have any predictions as to how we come out of this moment?
I have no faith in my own prediction. I don’t think there’s any way of telling what’s going to happen. I know this [pandemic] is a cosmic change and that nothing will ever be the same again. But I do know that if there’s a collective consciousness, if we realize we are all related and we need one another, that would be the best thing that could happen.
Jeremy Elias is a New York-based writer and an executive creative director at The Atlantic.
Milton Glaser, 1929-2020