How to Authenticate a Contemporary Artwork

Art Demystified: How to Authenticate a Contemporary Artwork

Everything you need to know about authentication.
Henri Neuendorf, July 22, 2016
Authenticity is one of the most important properties of an artwork. After all nobody—in most cases—wants to buy a fake. However when the stakes are high, the process of authentication can be complicated, and fraught with difficulties—especially when the artist is dead.
And in the contemporary art market authentication of high-priced works has become contentious.
“You take a chance,” Richard Polsky, of Richard Polsky Art Authentication told artnet News. “The risk is that when a collector or dealer submits something and they’re wrong, not only are they going to lose money on the deal they’re working on involving that piece, they risk their reputation too.”
Related: Authenticity Fight Over Keith Haring Paintings Raises Complex Questions
For example, “If you gave your painting to the Warhol people,” he explains, “if it was rejected, they would take a rubber stamp, and stamp the word ‘denied’ on the back of it. Then you were really out of luck, because you signed a piece of paper agreeing that they had permission to do that.”
The problem is that some wealthy collectors aren’t prepared to take no for an answer. Over time, they started taking artists’ foundations to court over their decisions, prompting many foundations, such as the Warhol Foundation, the Basquiat estate, and the Haring Foundation to cease offering the service.
“They’ve all been very frustrated over the years by lawsuits,” Polsky said. “The Warhol Foundation probably put it best when they said, ‘we want to spend money on art and artists, rather than on lawyers.’”
Related: Manhattan Gallery Faces Lawsuit Over Fake Warhol Prints
The authenticator explained that respecting the artist’s intent is key. “The problem is once an artist dies, of course there’s no way of going back and asking ‘did you make this? There’s nowhere to go with it. So an authenticator like myself then has to make the decision. Is this what the artist wanted to represent him? Or did he do it for other reasons?”
To illustrate his point, Polsky recalls an anecdote featuring Willem de Kooning, “the great painter lived out in the Hamptons,” he says. “There was a wooden outhouse with a wooden toilet seat on the property, and one day he went out there, and he painted it. And years later some art dealer somehow got a hold of this and tried to sell it as a de Kooning, when you and I both know de Kooning didn’t intend for that to be one of his paintings, he was just having fun.”
Polsky concludes, with resignation, “This is what happens in the art market—crazy things.”
Follow artnet News on Facebook.
Share


To the delight of art history geeks the world over, Los Angeles-based gallery Cantor Fine Art took it upon themselves to give us the emoji renditions of famous artists and popular works we’ve all been waiting for. Most of the portraits, like the one of Yayoi Kusama, underwent literal translations; others, like Damien Hirst, who takes form as a diamond skull, were subject to creative interpretation—but all are entertaining.
The Instagram project started with an emoji rendition of René Magritte‘s painting, The Son of Man. “We noticed that some emoji are direct references to famous artwork,” according to the gallery’s initial post on the social media platform. (The symbol for the wave, which resembles Katsushika Hokusai‘s The Great Wave off Kanagawa, may be one such reference.)
Related: New Media Artist Creates Celebrity Portraits with Emojis
Within the space of a week, requests for emoji versions of artists like Jean-Michel Basquiat, and paintings like Sandro Botticelli’s iconic The Birth of Venus, flooded the gallery’s Instagram page. But as Hyperallergic, which first had the story, is apt to point out, these emoji aren’t real, so don’t hold your breath for the latest iOS update.
Given the ubiquity of the emoji keyboard, artists across the board have made clever use of the symbols in recent years. New media artist Yung Jake, for instance, collaged the icons to create celebrity portraits. And earlier this year, artist Emma Winston brought us the Tiny Gallery, a virtual space where emoji visitors are placed in rooms to view emoji art.
See some of the gallery’s offerings below.
Related: Visit What May Be the Smallest Gallery in the World 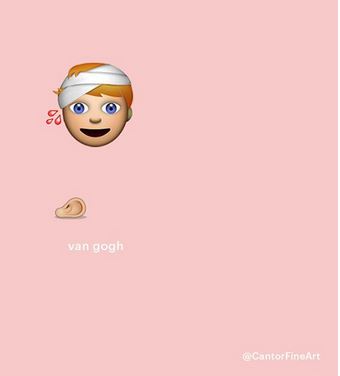 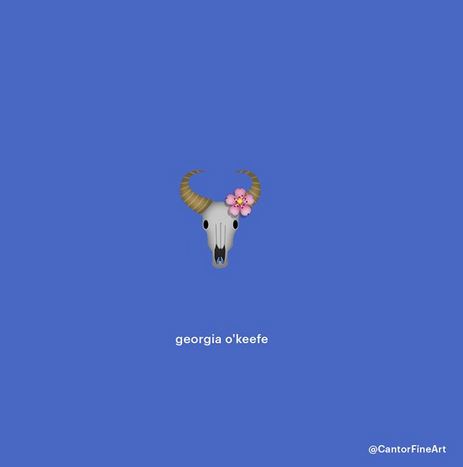 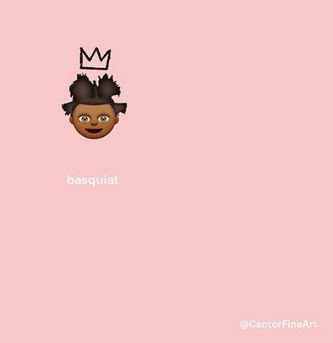 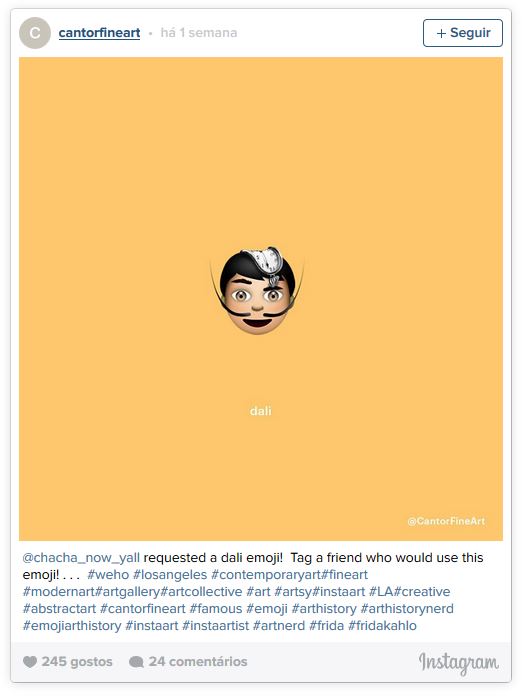 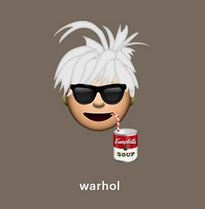 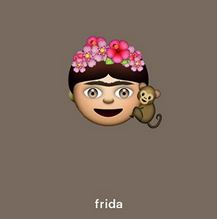 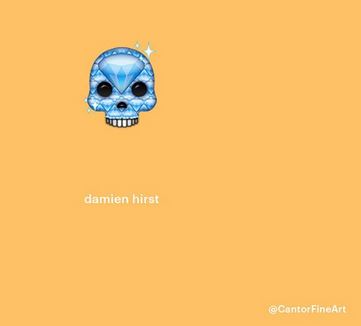 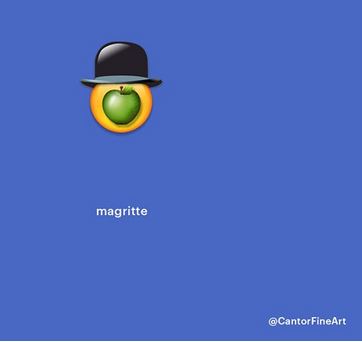 Does New York really need another museum?
Henri Neuendorf, July 29, 2016
New York financier and billionaire J. Tomilson Hill has announced plans to open a private museum in Manhattan.
The 6,400-square foot space will be located inside the Getty building, a new Peter Marino-designed development in Chelsea which will also house Lehmann Maupin’s new space.
“We’ve got so much art in storage,” the 68-year-old vice chairman of the Blackstone Group private equity firm told the New York Times. Hill explained that he wants to make his $800-million collection of modern and contemporary art, and Old Masters accessible to the public. But, he hastened to add, he may augment his collection with loans for certain exhibitions.
Related: Is Collector J. Tomilson Hill a Billionaire Because of His Art?
His collection includes 14 Christopher Wools, four Francis Bacons, 10 Warhols, four Lichtensteins, three Twomblys, five Rubens, and 34 Renaissance and Baroque bronze sculptures. He also owns individual works by Lucio Fontana, Willem de Kooning, Picasso, and Ed Ruscha. The museum will be housed in Chelsea’s Getty building which is still under construction. Photo: Montse Zamorano – Architecture Photography via Facebook.
“He has great things,” dealer Matthew Marks, who recently sold Hill a Robert Gober sculpture, told the Times.
Hill also hopes that making his collection publicly accessible will help fill a gap in arts education. “They’re cutting out arts programs in the public schools,” he explained. As a result he aims to forge educational partnerships with the Studio Museum in Harlem, as well as the Metropolitan Museum of Art, where he is on the board.
On the other hand, he makes no secret about harboring ulterior motives for the establishment of a private museum, which comes with major tax exemptions, as it allows him to deduct the market value of the art, cash, and stock he turns over to his foundation. “I can shelter capital gains,” he stated. “It would be the same as if I gave the art to a museum.”
Related: Senate Inquiry into Private Museums Finds Tax Code ‘Ripe for Exploitation’
The space will operate with a free admission policy, and will be open during the week and on Saturdays.
Follow artnet News on Facebook.
Share

The Art World’s Most Daring — and Fun — Season

“When I was a kid, we used to close in the summer,” says Marc Glimcher, who grew up in his father Arne Glimcher’s gallery. “All the galleries did. My father used to put everyone on unemployment.” (The family would live in Hawaii for the season, with one of his father’s business partners.) “Then they’d reincorporate the business every September and everyone would get hired again.”
Not so anymore. While the collectors are away, the curators will play — at least, that’s the mantra many New York galleries are adopting this summer. From Chelsea to Bushwick, quirky and creative group shows are invigorating what used to be a sleepy time for the art world. Rather than closing for the season, these days, gallerists work during the off months in order to get ahead of the demands of the international art calendar. “You have more activity behind the scenes,” says Sperone Westwater’s assistant director, Andrew Lee, whose team has met major art-fair deadlines in the last few weeks. And because many big-ticket buyers are out of town — “they’re all in Greece or the Hamptons,” Lee points out — directors have more room to get playful in the front of house.
For their summer show, Lee and his team brought in Eileen Jeng, a former employee who’s now the operations manager at the nonprofit art organization RxArt. Jeng secured a loan for a Sol LeWitt sculpture called “Splotch #3” and built a group exhibition, “Splotch,” around the piece. The show is “about the controlled and methodical process of creating a seemingly free-form mark or spot,” she says — and, notably, it includes artists beyond the gallery’s roster, including Lynda Benglis, Keltie Ferris and Angel Otero.

Likewise, Glimcher handed responsibilities at Pace Gallery for the season over to Adrienne Edwards, a Ph.D. candidate at New York University and an established curator unaffiliated with the gallery. Edwards didn’t need to worry about finances: “Let me just be very clear,” she says. “Pace gave me absolute carte blanche.” It’s a funny term to use, given the show she eventually came up with: “Blackness in Abstraction,” which assembles a group of monochromatic black works, created from the 1940s through the present, by artists ranging from Robert Irwin to Carrie Mae Weems to Oscar Murillo. The exhibition, based on her dissertation work, explores the role of the color across a range of artistic practices.
New spaces, too, are embracing the trend. To celebrate his Bushwick-based gallery’s first summer, Hometown’s Adam Yokell incorporated the season into his curatorial themes. The works in “Over the Hills” explore aspects of summer — its fleeting nature, its opportunities to escape, its encouragement to search and reflect. Also, it’s a “nice time for developing the community around the gallery,” he says, “creating a summer opening experience that feels festive.” In that spirit, the Bushwick-based 99¢ Plus Gallery partnered with its next-door neighbors, Florencia’s Flower Shop, for a horticulture-rich exhibition, “The Plant Show.” In it, Sean Gerstley’s work, “Oval Funnel Planter,” is indeed a functional planter, while a palm plant sits atop Cody Hoyt’s “Four by Four Palm.” And at David Zwirner, artworks by the gallery’s own employees get the spotlight in the aptly titled “People Who Work Here.”

Political themes have shaped other group shows during this particularly charged summer. “The Female Gaze, Part Two: Women Look at Men,” at Cheim & Read, features work exclusively by women that attempts to reverse stereotypical gender roles. Meanwhile, “For Freedoms,” at Jack Shainman Gallery, functions as a headquarters for the nation’s first artist-run super PAC and features works by collaborating artists. It’s rare for artists to implicate themselves in the political process so directly, says one of the super PAC’s founders, the artist Hank Willis Thomas: “We become part of the system hopefully as a way to critique the system.”

And earlier this summer, the Lower East Side’s CANADA gallery riled up the art world with its exhibition title, “Make Painting Great Again,” which partner Phil Grauer calls “obnoxious and kind of fun.” The gallery took the theme one step further and designed some swag. “We had a few dumb hats made, and they’re kind of hard to wear because people don’t read them. They just see the shape of the words.” It wasn’t quite the moneymaker he’d hoped — which, perhaps, is in keeping with the summer group show’s experimental spirit. “Didn’t go on to T-shirts,” he says. “Just kind of left it.”
Continue reading the main story