Into the Art World

From Spoon & Tamago we learn: “Film director and animator Kazuhiko Okushita creates unique artwork using a technique known as ippitsugaki – one of those great Japanese words that doesn’t really have an English equivalent.” Check it out: Dubai is already home to the world’s tallest building, Burj Khalifa, but now local developers Emaar Properties have announced plans to build the world’s tallest twin towers — though strangely no architect has been officially named for the project. (via Emaar Properties)
This week, an alternative history of US art, making bad reviews disappear, the art of sushi, LA and sci-fi, Picasso and the camera, and more.

A show at RISD is telling an alternate history of post-1960s American art — in other words, screw the mainstream narratives that are dominated by Conceptual art, Minimalism, Color Field, and all the other -isms:

As “What Nerve!” shows, mutated versions of Surrealism and Pop Art and tendencies without a name arose and flourished outside of New York and Los Angeles throughout the 1960s, 1970s, and 1980s in the work of groups such as Chicago’s Hairy Who (most active in the mid 1960s), Detroit’s Destroy All Monsters (which coalesced a decade later), Providence’s Forcefield (who came together in the 1990s), and the Bay Area “funk” artists (named for a 1967 museum show and less a clique than a curator-defined association). Many attended art school together. Young and defiantly provincial, these artists were represented by small galleries or none at all. They made their own scenes, working in styles antithetical to the established canon.
… Generally speaking, the art is grotesque, garish and exuberant, cranky, sometimes menacing, often hilarious and, in the case of the Hairy Who and Destroy All Monsters, particularly fresh. Much could be considered representational, albeit with a fondness for squiggly, tubular forms and faces that suggest something splattered against a wall. Vectors abound.

Do artists have the right to have bad reviews removed? Well, one pianist wants the Washington Post to do just that. This is troubling:

The pianist Dejan Lazic, like many artists and performers, is occasionally the subject of bad reviews. Also like other artists, he reads those reviews. And disagrees with them. And gripes over them, sometimes.
But because Lazic lives in Europe, where in May the European Union ruled that individuals have a “right to be forgotten” online, he decided to take the griping one step further: On Oct. 30, he sent The Washington Post a request to remove a 2010 review by Post classical music critic Anne Midgette that – he claims — has marred the first page of his Google results for years.

I’d wager all those who dine at this Larry Gagosian and Masayoshi Takayama collaboration, which opened earlier this month, are up to their lilac nipples and ruby aureoles in entitlement.
… The art also tidily sums up my thoughts about Kappo Masa, a restaurant that stirs questions of how, what, who and how much we valuate the dining experience. It’s expensive, which should be no shock to those familiar with Masa’s other restaurants. Masa, at the Time Warner Center, is among the priciest in the world. But to me, Kappo Masa’s cuisine is inscrutable, as opaque as any art world transaction, and therefore invaluable, in both its contemporary and obsolete meanings.

“Ms. [Cady] Noland would like it to be known that she has not approved this chapter,” but it states that Noland once threatened to shoot Larry Gagosian if he did a solo exhibition of her art. “Artists go to Gagosian to die,” Noland says

From Spoon & Tamago we learn: “Film director and animator Kazuhiko Okushita creates unique artwork using a technique known as ippitsugaki – one of those great Japanese words that doesn’t really have an English equivalent.” Check it out:

Los Angeles does not, perhaps, get enough credit for feeding the imaginations of science fiction writers. Our original cinematic visions of imagined futures — often dystopian wastelands — were shaped by their film locations on what was then undeveloped land outside Los Angeles. Even the futuristic worlds on soundstages called back to Los Angeles, a city whose rapid growth was multi-pronged and haphazard. But despite the sprawl and isolating car culture that fueled dystopian fancies, the city has certainly not been a dystopia. When we talk about the pace and occasionally impractical results of LA’s development, often conducted without long-term considerations, we tend to overlook the beauty, inventiveness, and quirky charm of so much of LA’s architecture. It’s no wonder Los Angeles has long been a home to writers who found comfort, space, and privacy to let their minds wander through the thicket of human experience.

Never a threat to the painter, photographs became a perspective on his own work, Richardson says, citing volumetric sensual busts inspired by the artist’s teenaged mistress Marie-Therese Walter. These were begun at his country estate in Boisgeloup in 1931, when they were photographed by Brassaï and Picasso, then reproduced in photographs in an art magazine in 1933, but not exhibited publicly until 1936.
“One of his great uses of the camera was in all the endless photographs he took of sculptures as he did them. The necks vary all the time, and he needed to have a record of what they looked like,” Richardson explained, making the photographs “a crucial element for his sculpture”.

The troubling story of artist Walter Keane, whose wife was actually the person who painted his renowned work of big-eyed children:

After 10 years of marriage, eight of them horrific, they divorced. Margaret promised Walter that she’d keep on secretly painting for him. And she did for a while. But after she’d delivered maybe 20 or 30 big eyes to him, she suddenly thought: “No more lies. From now on, I will only ever tell the truth.”
Which is why, in October 1970, Margaret told a reporter from the UPI everything. “He wanted to learn to paint,” she revealed, “and I tried to teach him to paint when he was home, which wasn’t often. He couldn’t even learn to paint.”
And so on. Walter went on the offensive, swearing that the big eyes were his and calling Margaret a “boozing, sex-starved psychopath” who he once discovered having sex with several parking-lot attendants.
“He was really nuts,” Margaret says. “I couldn’t believe he had so much hate for me.”

In what has to be a first, former military dictator of Panama Manuel Noriega sued Activision for depicting him in the video game Call of Duty:

In July, Noriega sued Activision over the game, seeking lost profits and damages; the declaration about his grandchildren was part of a back-and-forth with Activision establishing each side’s case. Noriega argued that Activision had violated a section of California’s civil code that calls for anyone “who knowingly uses another’s name, voice, signature, photograph, or likeness, in any manner, on or in products, merchandise, or goods, or for purposes of advertising or selling,” and does so without permission, to “be liable for any damages sustained” by that individual. In September, Activision requested that the judge assigned to the case, William F. Fahey, dismiss it on multiple grounds—among them that Noriega’s claims violated both the First Amendment and a free-speech section of the California Constitution.

A Hong Kong–based photographer is suspected by China as being a “prime exhibit in their allegations of a Western conspiracy behind the city’s political tumult.” A sad situation:

Citing his professed past working for United States intelligence agencies, they have said Mr. Garrett has engaged in Washington-sponsored subversion, seeking to kindle a revolt against the Chinese Communist Party. The claim is part of the effort by Chinese officials and state-controlled news media to discredit Hong Kong’s pro-democracy movement as an insurrection ignited from abroad.

A really thoughtful piece by Omri Boehm on whether Israel can be both a democracy and a Jewish state:

Neither is it possible to be a Muslim or an Israeli Christian, and not merely because the Israeli Supreme Court has rejected Israeli as a civil identification. As long as Israel is essentially a Jewish state, being Jewish is essential to being Israeli. A non-Jew can be an Israeli citizen, of course, and carry a blue identification card and passport, but she or he would not for all that be Israeli. Therefore, there is no telling analogy between the political-cultural standing of (say) an Italian Jewish minority and a Muslim minority in Israel. Whereas Jews in Italy can be inherently included in the political identity of that state, Muslims in Israel, because of their ethnic belonging, are excluded from Israel’s political identity. Hence, if there is no contradiction in the notion of a Jewish liberal democracy, there is no contradiction in the notion of a liberal-democratic ethnocracy. It makes little sense to attempt to use a philosophical argument to square this political circle.

Required Reading is published every Sunday morning EST, and is comprised of a short list of art-related links to long-form articles, videos, blog posts, or photo essays worth a second look.
Required Reading 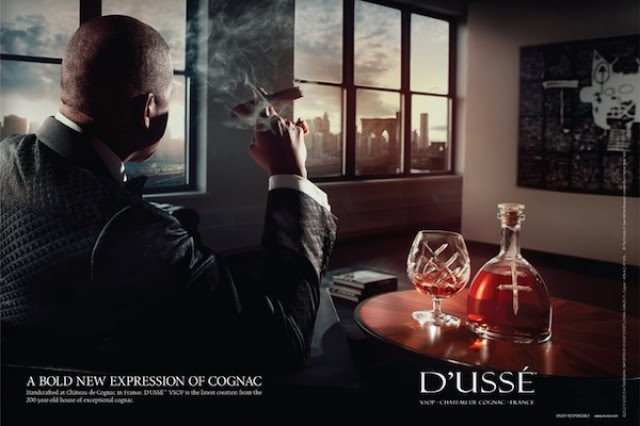 For too long there has been a large divide (whether real or imagined) between visual art and music. After all, what we’ve come to call art most likely formed out of traditional ceremonies in which music, dance, shrines, costumes, and ritual objects all work together. For whatever reason, visual arts became largely separated from music, except for costume and stage design for musical performances. Recently, however, I’ve noticed popular musicians embracing the visual arts once again. Like many old boundaries that have been collapsing, today’s musicians and artists often work with or reference one another in an increasingly direct way. Screen capture from the music video for Rihanna’s “Rude Boy” (2009), referencing Andy Warhol
I was really inspired to start looking for examples of this cultural collapse when I saw Rihanna’s music video for “Rude Boy.” In it, the singer had several obvious nods (like the one seen above) to pop artist Andy Warhol, especially his “Marilyn Monroe’s Lips” (1962). Rihanna also makes a great reference (see below) to Keith Haring‘s intricate drawing style and body-painting practices (see this photograph by Annie Leibovitz for comparison). Screen capture from the music video for Rihanna’s “Rude Boy” (2009) with homage to Keith Haring.

Jay-Z was recently featured in an advertisement (seen at top) for a fancy cognac called D’Ussé. The rapper is pictured while admiring a painting by Jean-Michel Basquiat, “Untitled,” (1983) (hat tip to Benjamin Sutton at ARTINFO, here). The ad is no surprise, considering Jay-Z has rapped about famous artists in the past.....


From the Club to the Gallery, Electronic Music Made Visual 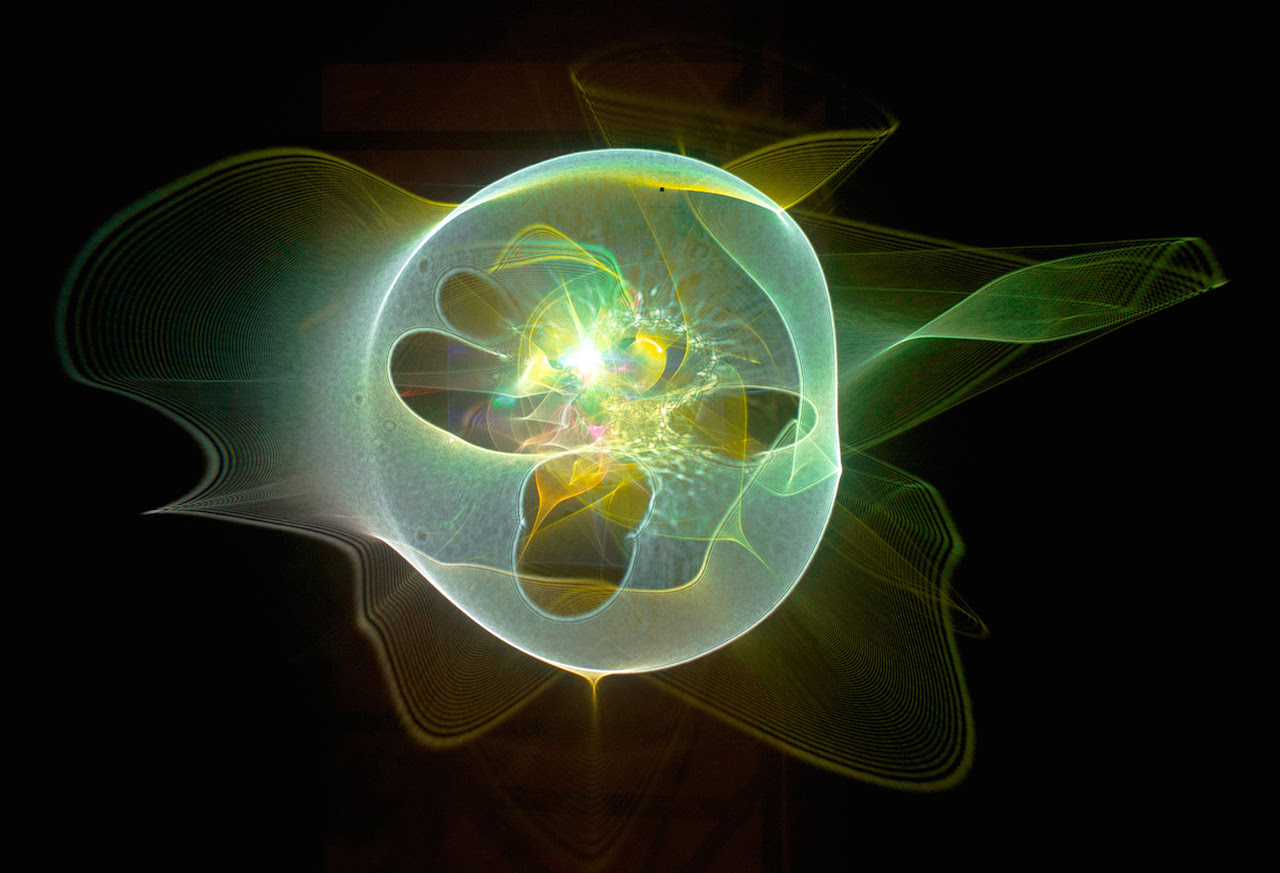 “Destructive Observation Field” (photo by Robert Henke)
BERLIN — One of the most prominent figures of the international electronic music scene, Robert Henke has been making music since the beginnings of Berlin techno, after the fall of the wall. Known by many as “Monolake,” Henke also records under his own name and was co-creator of Ableton Live, the now standard software for electronic music production that has completely redefined the practice. Using computer generated sound and, more recently, visuals from instruments and algorithms he developed himself, Henke explores the blurred boundaries between music performance, sound art, audio visual performance, and installation with a focus on creating and exploring sensory spaces.
Fascinated by what happens at these border points, I met Robert Henke at the Krake Festival for Experimental Electronic Music in Berlin, which this year held a parallel visual arts exhibition featuring a number of artists, all of whom use sound in their installations. Destructive Observation Field was up for the duration of the festival and the undoubted highlight. Currently on international tour.....