Tony Kelly on celebrity culture & the future of photography

He’s been called uncouth and irreverent but Tony Kelly’s glossy style of photography has won him fans the world over, and work with the likes of publishing giants Vanity Fair and Vogue. Whether it’s shooting celebrities (including a bruised and beaten Justin Bieber for Complex), models or cityscapes Kelly has a way of drawing in viewers to his hyperreal scenarios that is imitable.
This week a collection of some of his most envy-inspiring travel shots go on show at London’s Maddox Gallery. Wish you were here? You can say that again.
You’ve photographed some big names from Emily Ratajkowski to Justin Bieber. How do you approach these kind of shoots? Do you try to make a comment on celebrity culture?
I approach celebrity shoots as I would approach any shoot. For me the subject matter is irrelevant with regard to the process. The process is the same every single time. My first objective is to develop a very solid and interesting concept that has all my trademark ingredients present; colour, dynamism, humour and contrast. My images are similar to your favourite scenes from a movie, the high impact scenes. I conjure up these images in my head all day long.
In relation to celebrity culture, I more intend to make a comment on the individual rather than the culture. The culture comments on itself automatically and I’m more focused on the person. The first thought that goes through my head when I meet a celebrity is what they would be doing were they not famous. For example, would they be driving a taxi or a bus and I find that quite funny. The visual of somebody like Michael Douglas driving a bus is very appealing to me.  I generally start there and build from that thought.
Flight TK75

"I think Instagram is an industry in itself and I think it's very important to the future of photography."

Tweet this quote Share this Quote
How would you describe your aesthetic and how do maintain authorship over this style?
My aesthetic is fun, colourful, vibrant and sexy. In terms of maintaining authorship, it’s a very natural process. If you’re true to yourself and your ideas, the rest takes care of itself.  My work is a reflection of who I am, it’s a reflection of myself.
Your Instagram feed is a balance of your professional photography as well as your daily outgoings, how important do you feel photo-sharing platforms such as Instagram are to the future of the industry?
I think Instagram is an industry in itself and I think it’s very important to the future of photography. Never before have so many pictures been taken every day. Both professionals and general punters, grannies and young kids are snapping away furiously on a daily basis to furnish their Instagram feeds with fresh images and I’m thrilled to see this. It enables many new unheard of artists to showcase their work whenever they please on this great platform.
Princess Juliana - Open Wide

"My images are similar to your favourite scenes from a movie, the high impact scenes."

Tweet this quote Share this Quote
Which photos are you most excited to exhibit at the Maddox gallery in London next week?
The images we’ve chosen are part of my travel series which focuses heavily on beaches, planes and blue skies. The images will give the viewer a sense of escape from the cold English winter. They create a great escape to a warmer climate where bronzed beauties laze on tropical beaches and the sun is always shining. In particular I love the image of the girl sitting on the nose of the Boeing 737. There’s something about that image that takes me to a special place – there’s an feeling of timelessness to it.
Tony Kelly’s work is on show as part of Maddox Gallery inaugural group exhibition from 4 December 2015 – 30 January 2016.
Maddox Gallery, 9 Maddox Street W1S 2QE. www.maddoxgallery.co.uk, www.tonykellyphotography.com/ 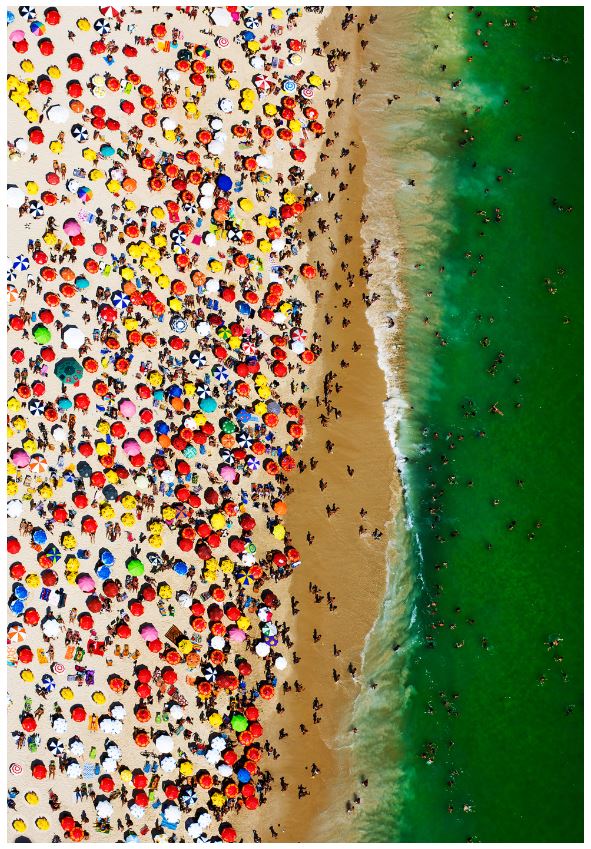 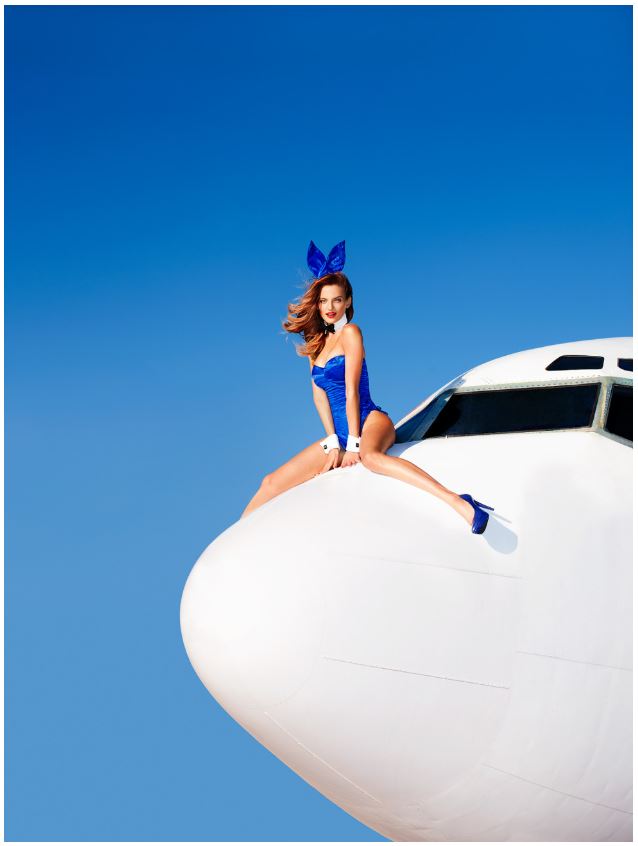 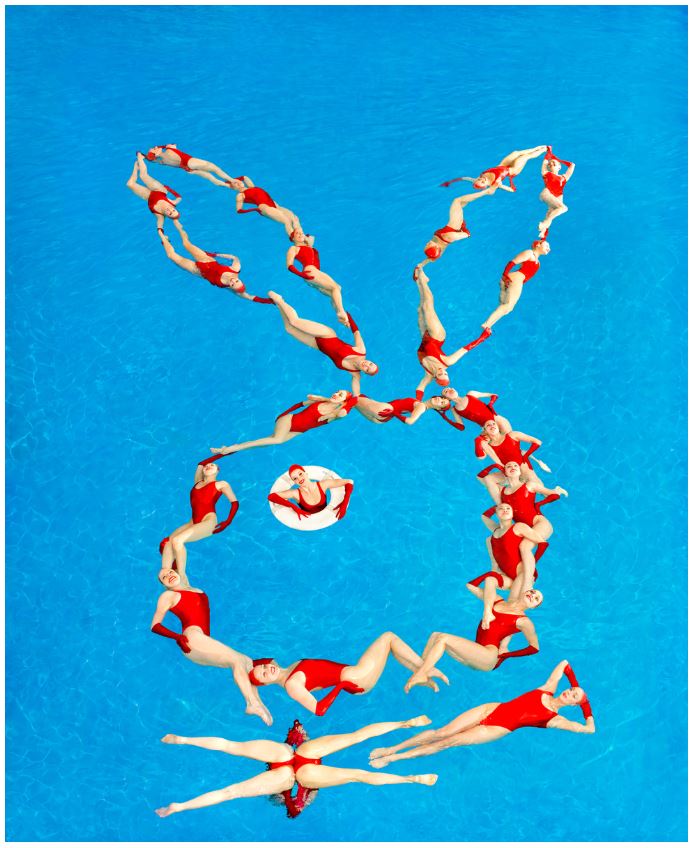 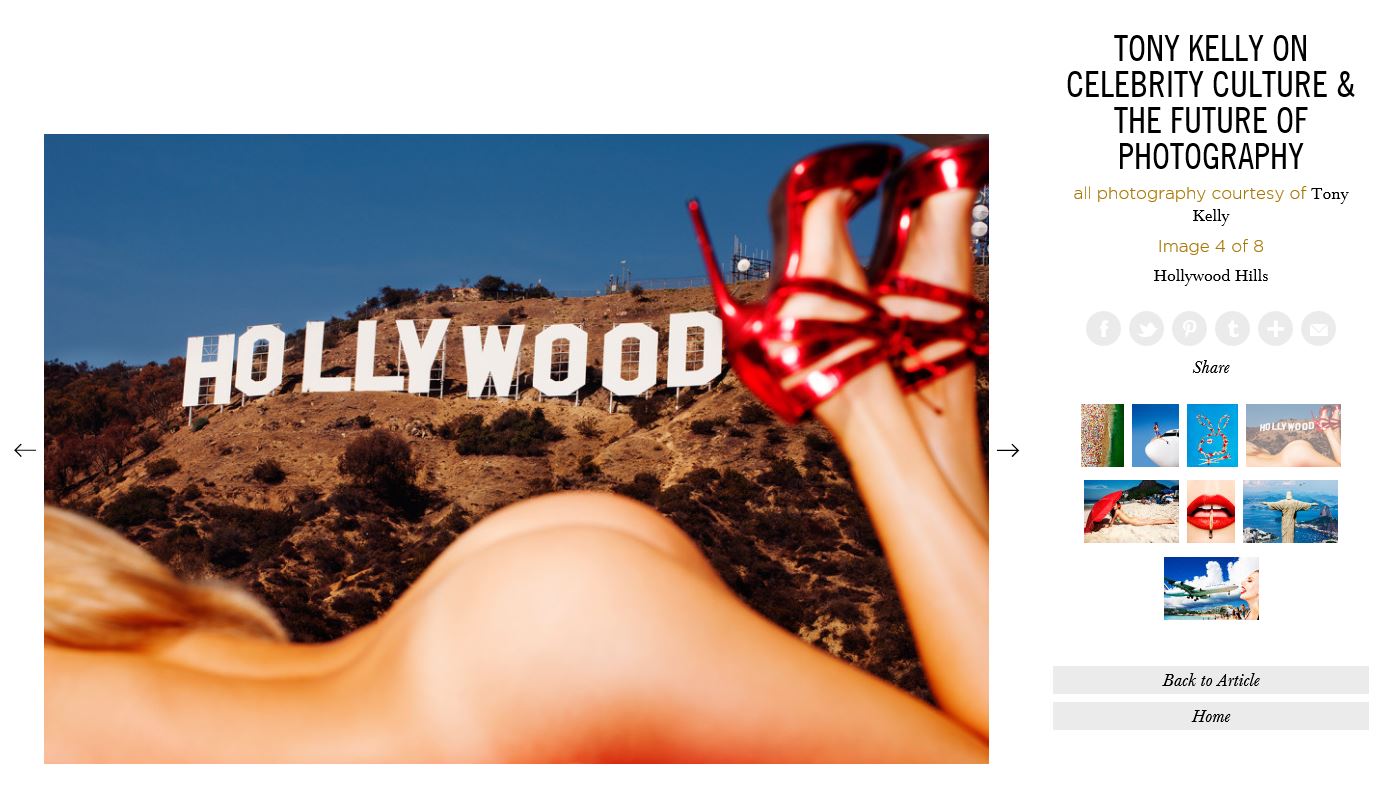 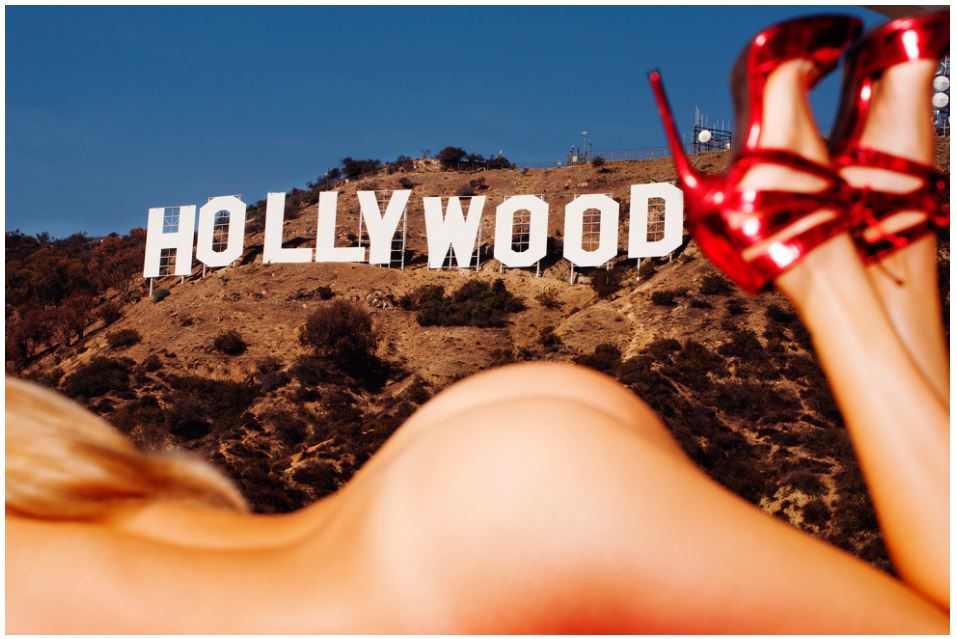 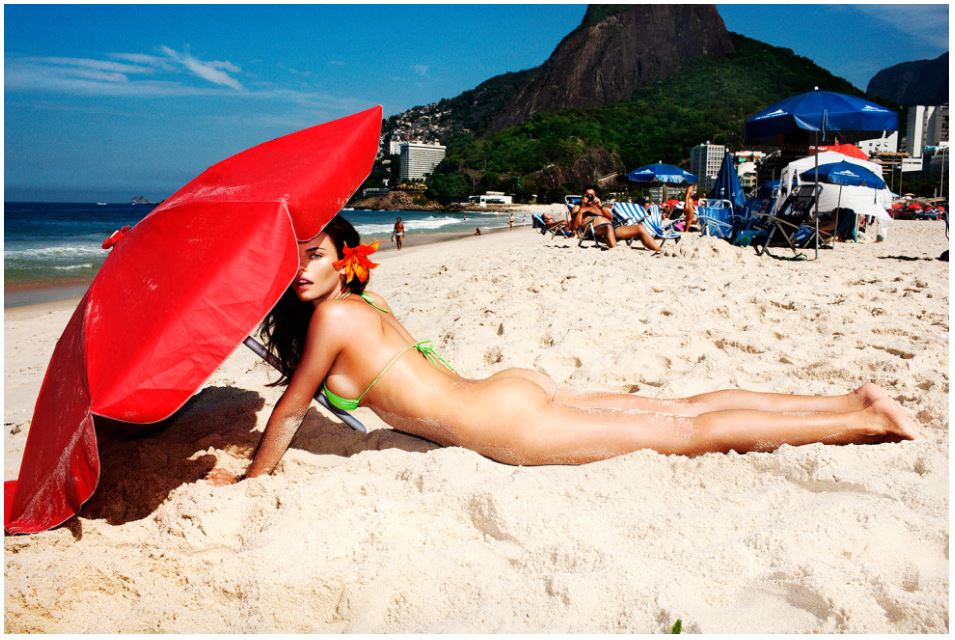 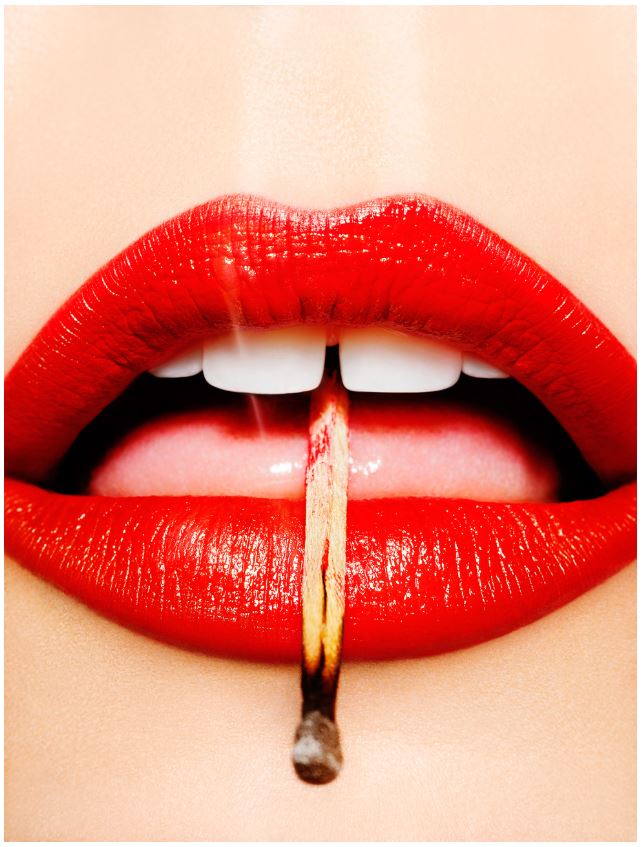 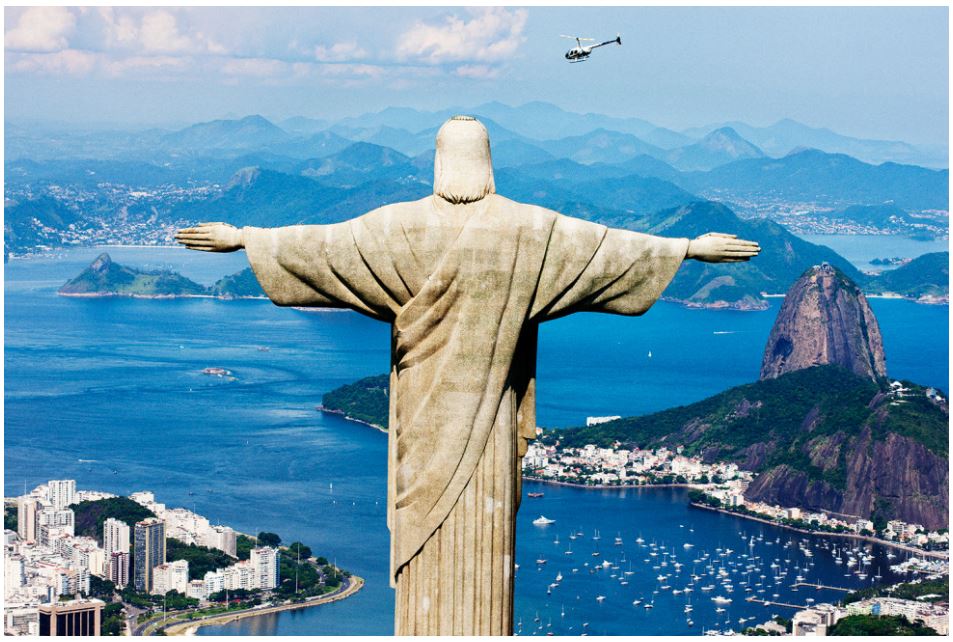 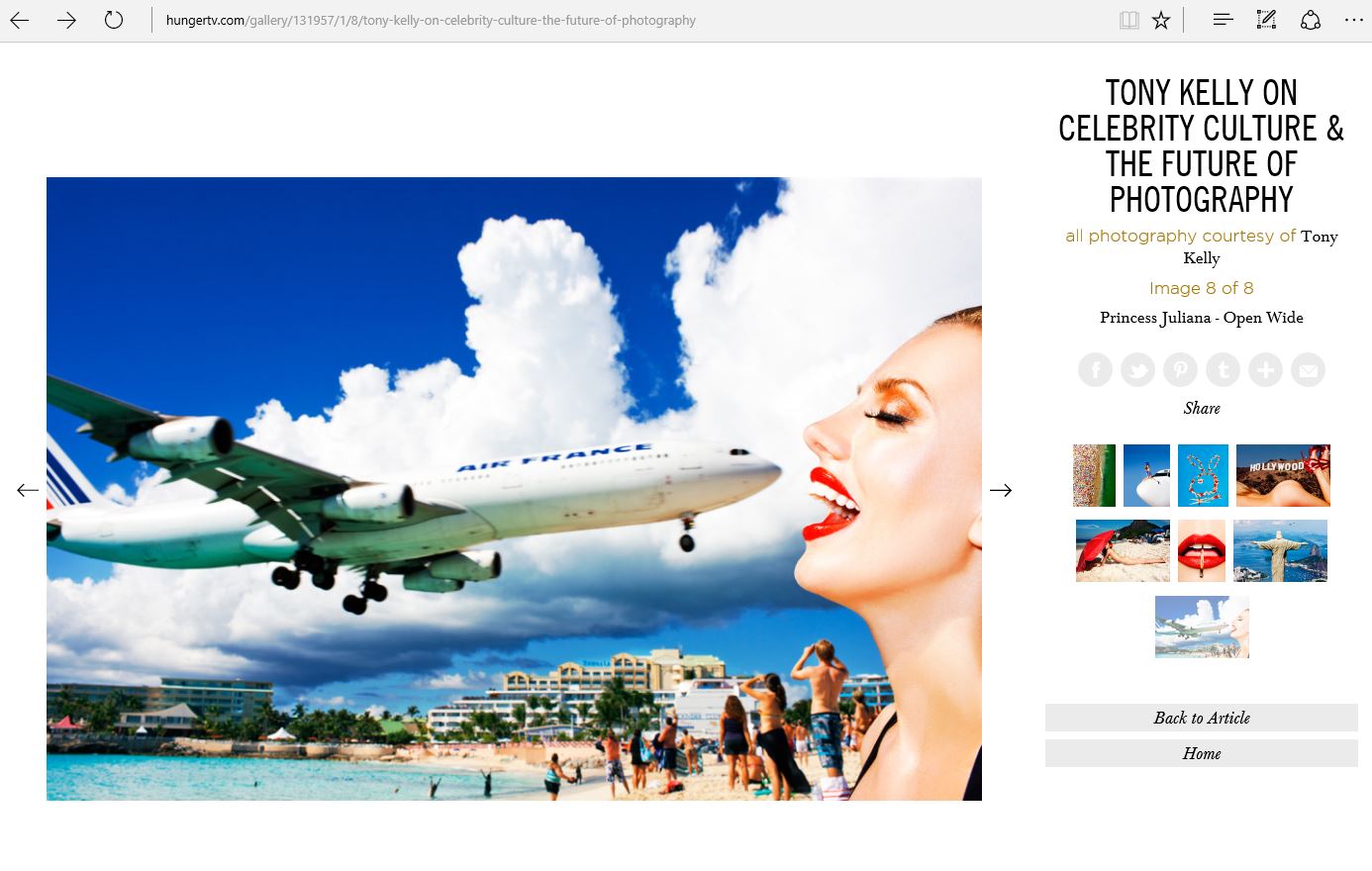 Anja Niemi’s pristine-pop photography has been turning heads throughout Europe for some time. Through the vibrant use of colour and front-and-centre use of props and styling the artist creates carefully curated images that are part hyper-reality, part future-illusion that explore the female identity. Considering the role of women both in society and on film, Niemi’s subjects (often the photographer herself) are perfectly coiffed, immaculately styled and totally composed.
For Niemi’s debut exhibition in the USA at the Little Black Gallery pop-up space in New York, curators Andy Potamkin and Bethany Brady have selected images from the artist’s latest three series – Darlene & Me, Starlets and Do Not Disturb. We talked to Anja about tragi-comedy, femininity and her cinematic style.
The Taxidermist © Anja Niemi

Could you describe the worlds you’re trying to create with these three series?
I suppose what all of my last three series have in common is their polished surface and their tragi-comic twist. Life is filled with moments where humor blends into tragedy and ugliness into perfection, but we often seem to prefer them apart. In my work I try to create environments and characters where it all comes together.
How important is it for you to inject an idea of 'the self' into your work?
I do use myself in my work, but it´s not about me. I choose to play the part like anyone else would have done if I had hired someone. Having said that I think it’s important to be personal for the work to be readable and universal. I use myself and take from my own life, but I always trust that people are not seeing me when looking at them.
The Trunk © Anja Niemi

As well being the subject of your own images, you work as a photographer, stylist and director of your shoots. Why do you strive for this level of autonomy? and how do you manage it?
I am just more comfortable on my own and like to work without being self conscious. Also using myself I get to be as ruthless as I like. I can spend the whole day repeating the same pose and I would feel awful making someone else do that. It can get pretty ridiculous though, being photographer, subject and stylist at the same time. Especially when on roller skates dressed in a leotard, but these are the things that add the humour.
Which photograph of yours are you most excited to show at Five Eleven in New York? Why?
I tend to prefer the images I really enjoyed making like  “The Garden Hose”. It was such a good day.  I was alone at a Californian desert house playing out a fight with a garden hose, one character at a time. I got really into becoming angry and annoyed with someone that wasn’t there. The image is playful and humorous with a slight dark twist, the way I like it.
The Desert © Anja Niemi

Your work speaks about the role of the female and the way we process femininity, what comments are there to be made about the role of women in contemporary photography?
It’s hard to feel content when everyone’s beauty and happiness is constantly being flashed in our face. My characters strive for this perfection but find themselves repeatedly defeated. I think it’s important to lighten up and in my work I try to have a laugh about our shortcomings.
Many of your images, especially the Darlene & Me series suggest a very cinematic narrative, do you feel like you’re portraying a character?
Definitely, I could not do this as myself. Ironically I hate having my picture taken, it´s only in character I can get comfortable in front of the camera. My narrative stories are gradually becoming a bigger part of my work, and my next series is the first one were I am working from an actual script.
The Starlet © Anja Niemi 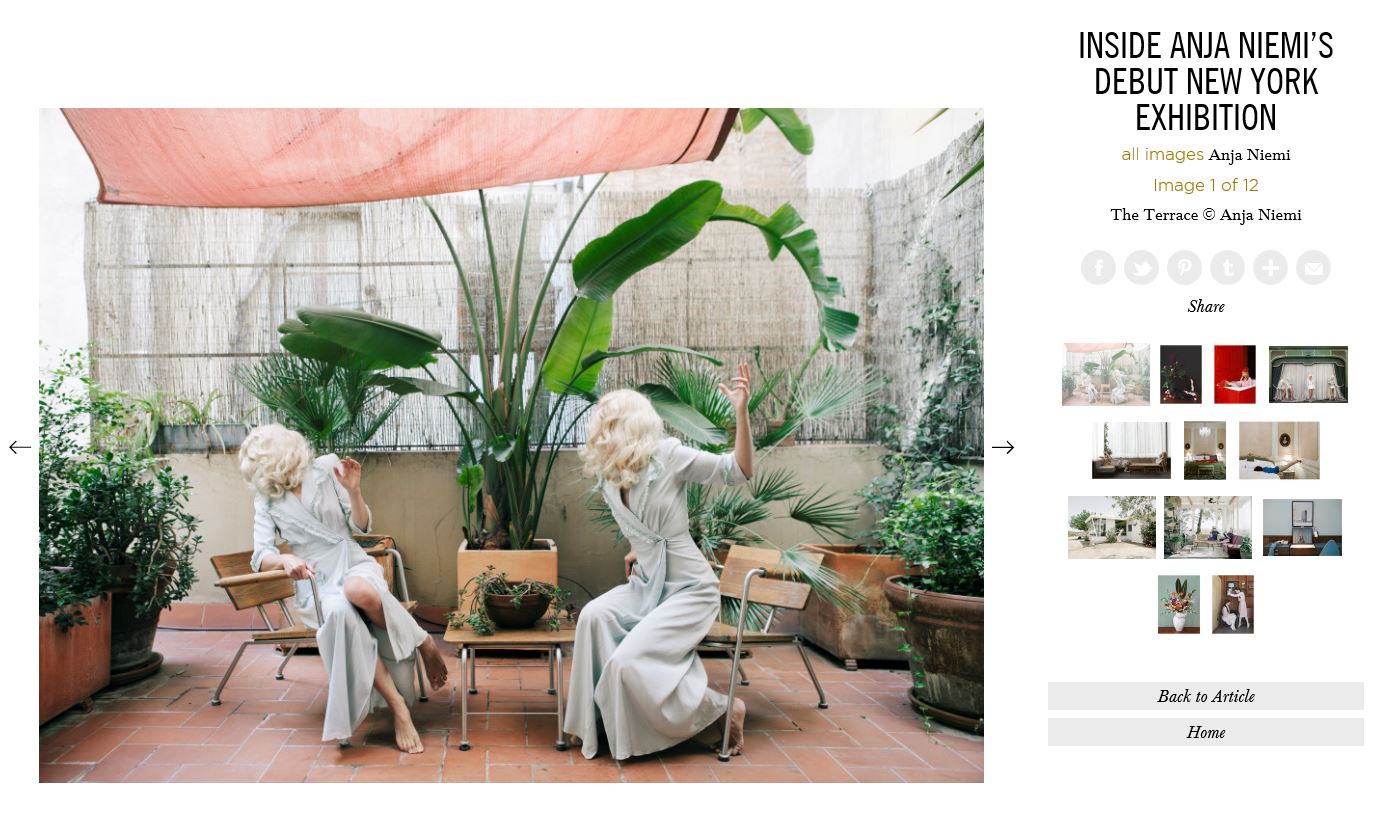 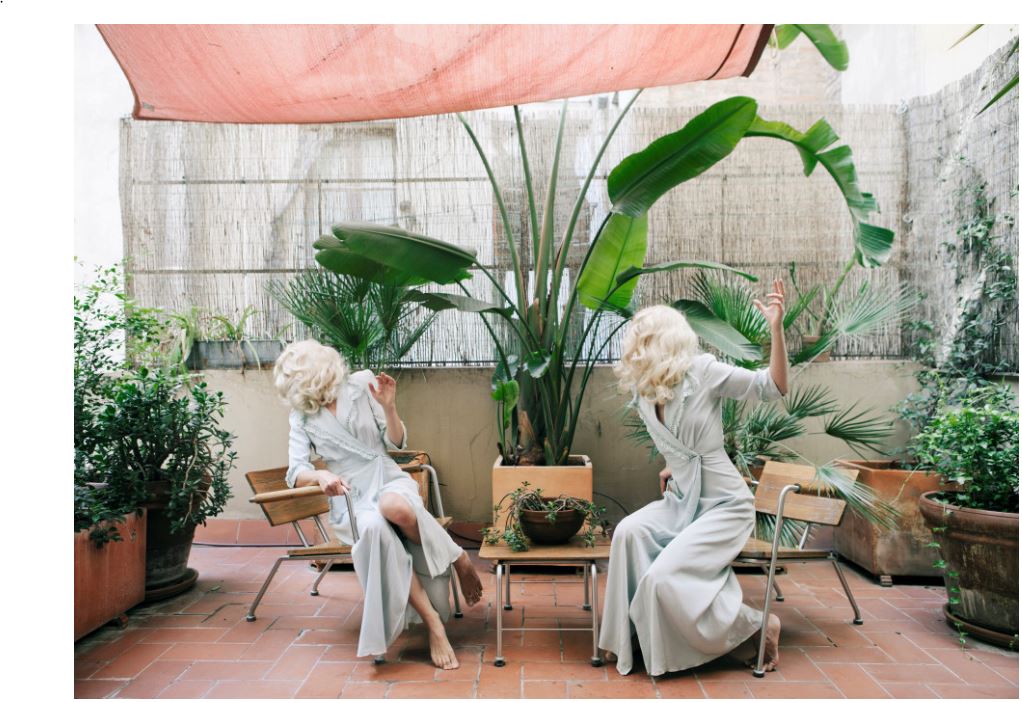 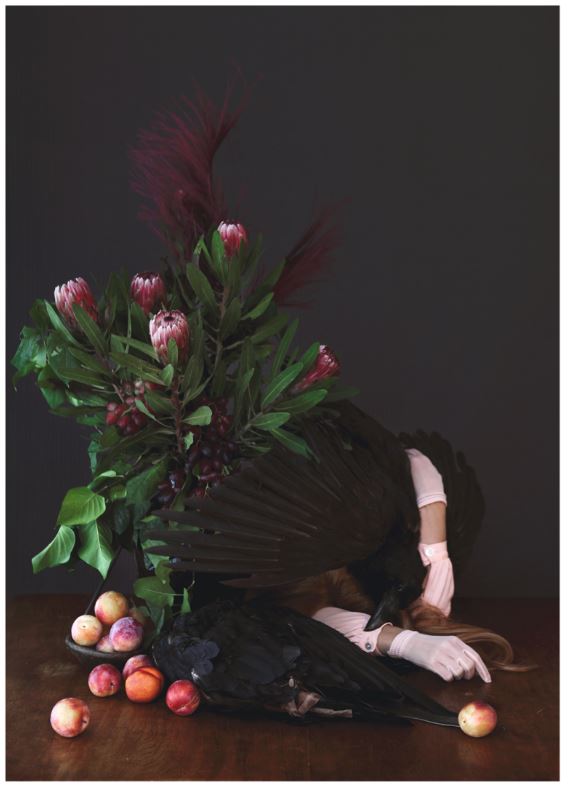 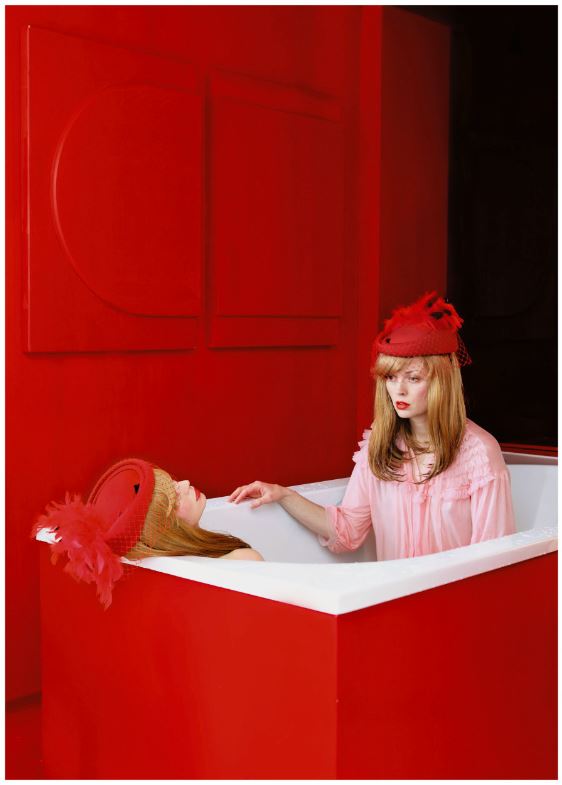 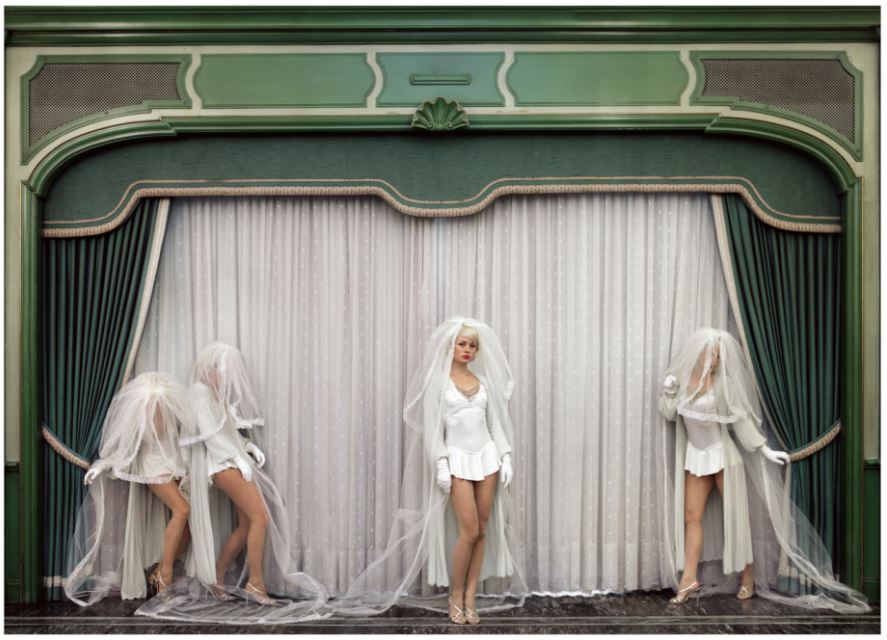 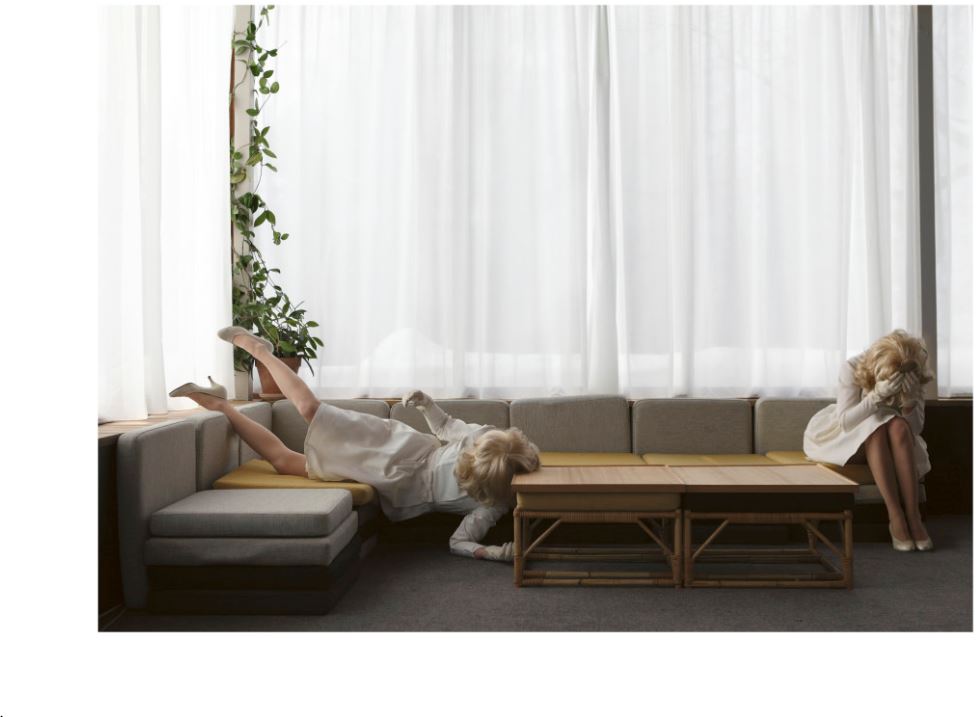 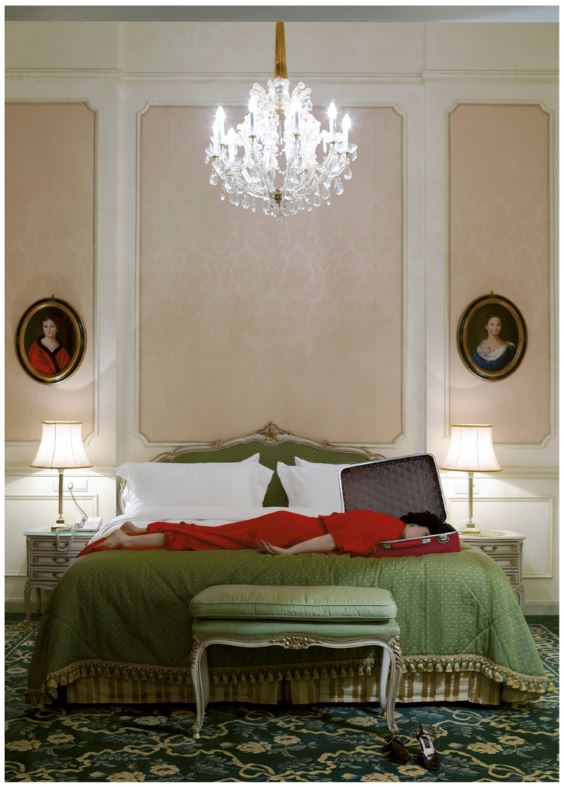 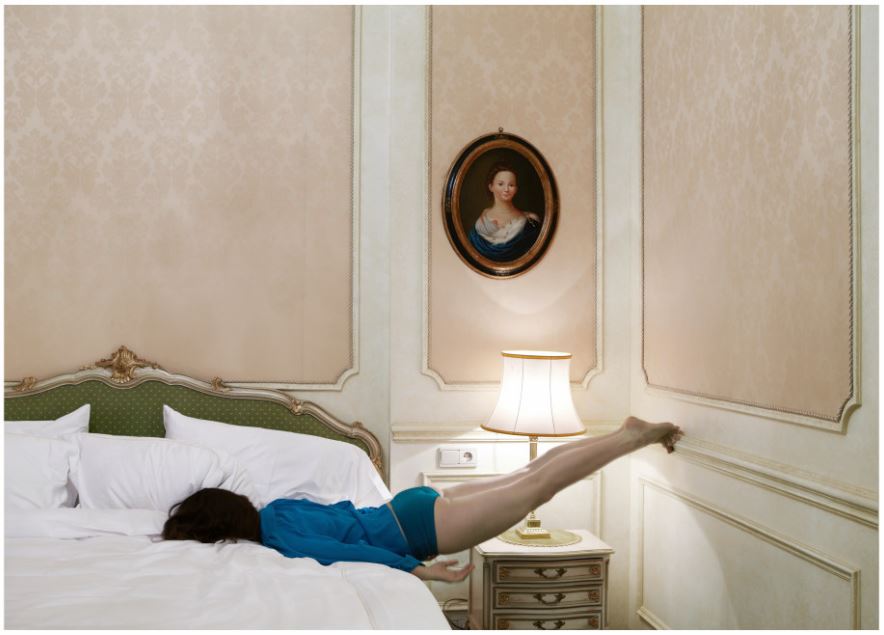 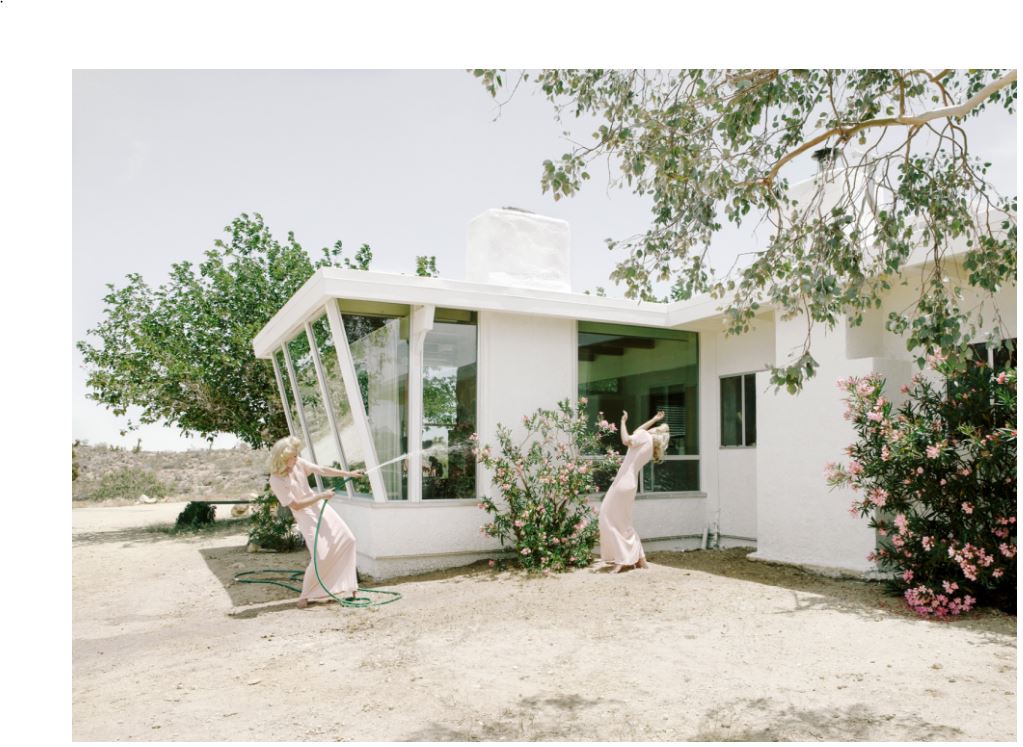 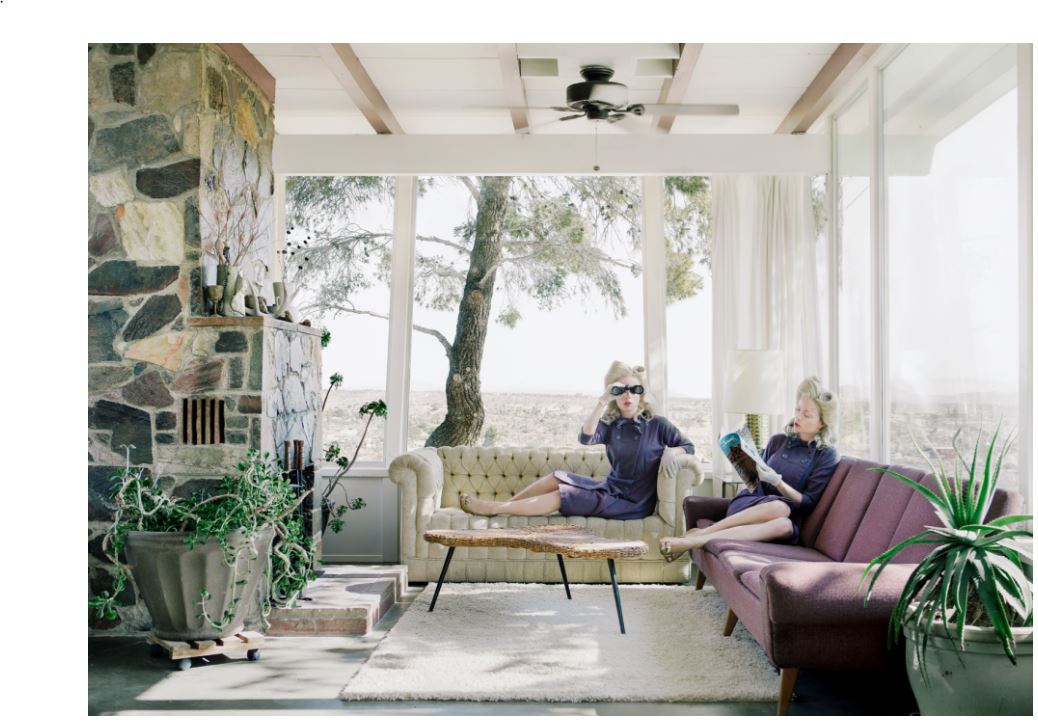 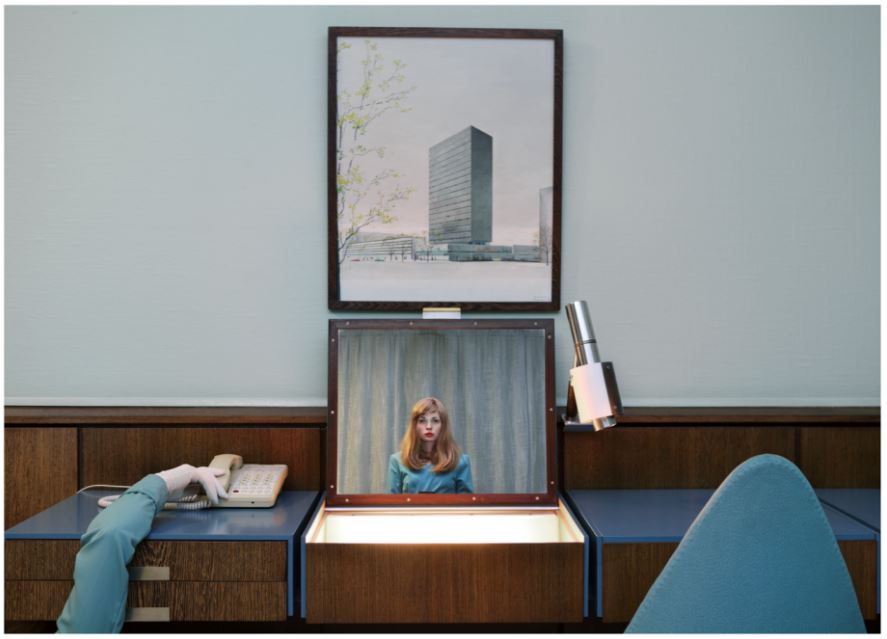 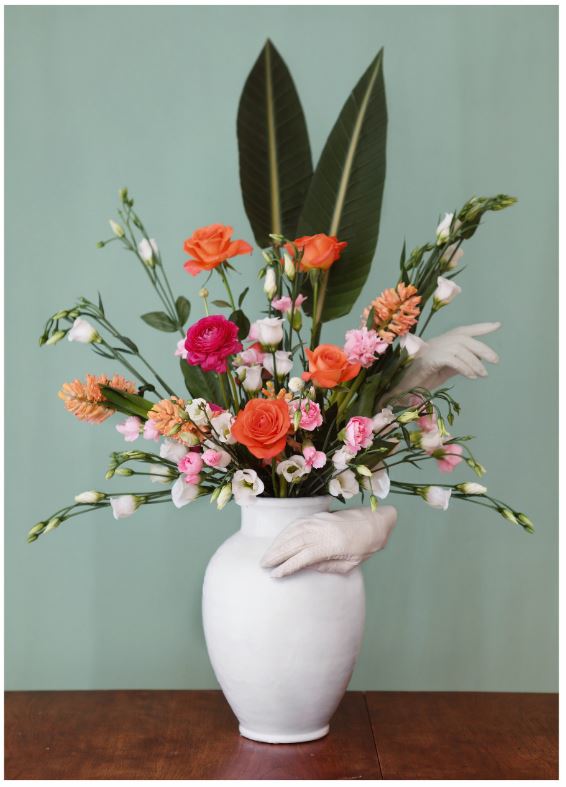 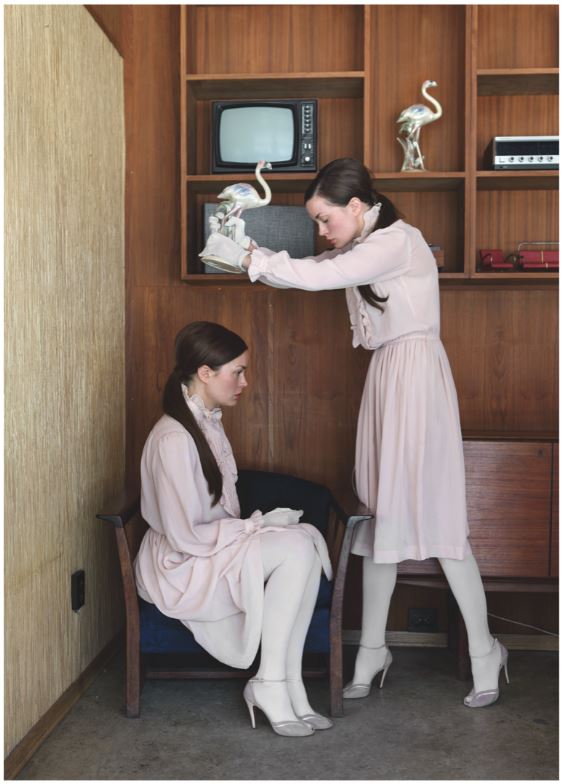 She has modelled the firm on AngelList Syndicates, which allows inexperienced “angel” investors to see which start-ups seasoned investors are supporting, so they can follow suit. Arthena encourages would-be art buyers to pay into a fund of works bought by a network of 58 art advisers. These are “all art-world veterans”, according to D’Angelo, but she is not making public their names and biographies.

The company hopes to benefit from a new initiative from the US regulator, the Securities Exchange Commission. As of this month, unaccredited investors who earn less than $200,000 a year are permitted to participate in securities-based crowdfunding services. “This will help us continue to bring in a wider audience of collectors,” D’Angelo says. “We believe there’s a lot of activity at the lower end of the market.”

Arthena’s advisers began buying art last autumn with around $500,000 in funds that have been generated so far. The works fit into one of several investment categories, or “collections”, such as emerging art from New York and “undervalued” post-war art. D’Angelo says that each collection will be worth between $250,000 and $1m once all of the funds have been raised and the works bought. Arthena plans to hold the art for around five or seven years before beginning to sell it. Three of the five current funds are already closed.

The point of entry to Arthena is lower than that of traditional art funds, which typically require around $1m to join, according to Philip Hoffman, the chief executive of the London-based Fine Art Fund, which manages seven funds and ten private accounts worth a total of $350m to $400m, he says. At Arthena, the minimum investment is $2,500. The largest sum invested to date is $50,000.

The low price of entry creates potential drawbacks, Hoffman says. A fund must have enough money to hire top advisers and provide corporate oversight. “It all comes down to who the people are [who are] actually choosing the art,” he says. “If you’ve got the wrong people, you could lose a fortune. If you’ve got the right people, you could make a good return.” But, he adds: “$500,000 won’t buy you much these days, sadly.”

D’Angelo says that advisers are paid 10% to 20% of the total profits to ensure that “their interests are aligned with those of our investors”. All purchases will be logged on a site dashboard that is visible to members of each collection.

“We could have tens of thousands of collections some day,” D’Angelo says. For now, she hopes to have ten by 2017.