If capitalism is supposed to value work, why has it led much of the workforce into the age of seemingly meaningless tasks, titles and functions? This brief animation by the British artist Jack Dubben uses audio excerpted from a presentation at the RSA by the US-born, UK-based anthropologist and activist David Graeber advocating against what he frequently refers to as ‘bullshit jobs’, and in favour of an economic reformation that places greater value on meeting today’s most pressing human needs.
Video by the RSA
Animator: Jack Dubbe
Posted by Cabecilha at 3:30:00 PM No comments:

Delightful Definitions: 8 Words and Phrases We Should Use Again

Kory Stamper is a lexicographer at Merriam-Webster, where she also writes, edits, and appears in the “Ask the Editor” video series. She blogs regularly on language and lexicography at www.korystamper.com. She joins Signature to share the definitions of eight delightful words and phrases that have fallen out of the public consciousness.
I have a truly odd job, but when I tell people what I do for a living—writing definitions for dictionaries—they don’t furrow their brow or tilt their head in confusion. Instead, they light up like a roadside carnival. “Oh!” they’ll respond. “I love words! I love language!” 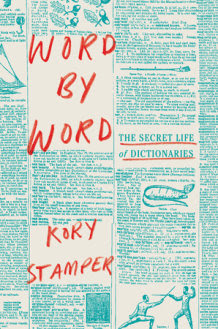 Lexicographers, or the nerds who write dictionaries, love words, too: you can’t spend every nine-to-five in the company of this wild, lascivious language and be completely unaffected by it. But lexicographers get a view of language that not many other people get. The average reader and speaker of English deals mostly with the language that they see every day: workaday nouns and verbs and adjectives.
Lexicographers have to dig deeper into the language, down to the mucky bottom, which means that occasionally we run across a rare gem of a word that’s been sludged under. Here are eight such words I’ve run across in my work dredging the English language, brought up to the surface for you and cleaned up so they shine.
salad days We’ve all had them, to varying degrees: our young, wild years, when we were carefree, good-looking, and shockingly brainless. But now we’re older, wiser, and have the capacity to be embarrassed. How do we talk about those youthful indiscretions? Draw a veil of respectability over them by calling them your “salad days.” The phrase shows up first in Shakespeare’s play, Antony and Cleopatra: Cleopatra rues her earlier dalliance with Caesar by calling it a part of her “salad days / when I was green in judgment and cold in blood.” So much more elegant than saying, “I was dumb back then.”
swivet You know the expression “like a chicken with its head cut off”? If you’re pressed for time, you can instead use “in a swivet” (“It’s finals week and he’s all in a swivet.”) “Swivet” is a synonym of “tizzy” or “frenzy,” but it’s a very calm-sounding word. Try yelling it: it just doesn’t have the tense frisson that “tizzy” or “frenzy” does. Use the dissonance between the sound of the word and the meaning of the word to your advantage, and put someone’s hissy-fit in perspective.
oleaginous There are plenty of words for someone who is sickeningly ingratiating, but some of them are a little too raw to use in more formal settings. You can’t call That One Coworker “a brownnoser” in a meeting, but you can call them “oleaginous.” The word first meant “oily” when it came into English and derives ultimately from the Greek word for an olive tree. Apply it liberally to anyone who uses flattery for social or corporate lubrication.
dorbellist English also has a delightful abundance of synonyms for “fool,” and one that should be revived immediately is the noun “dorbellist.” It is (sadly) an obsolete word, but when in use, it referred to someone who sounded smart but wasn’t: a dull-witted pedant. The word derives from the name of a scholar and ardent fan of the 13th-century philosopher Duns Scotus—whose name gives us another word for fool, “dunce.”
schadenfreude Those Germans, they have a word for everything. Perhaps not as rare as the other words on this list, “schadenfreude” is just so handy. It’s a word we stole into English that refers to the pleasure you feel at other’s pain. Your sports team’s rival loses, and you smile as you watch their dejected post-game interviews: that’s schadenfreude. If schadenfreude isn’t quite your speed, Hebrew has a word you might like: firgun, which means to take joy in someone else’s joy, as in “I’m totally firgunning for you right now!”
politicaster A word for our times (and possibly for all time), “politicaster” is defined in Merriam-Webster’s Unabridged Dictionary as “an unstatesmanlike practitioner of politics” and “a petty or contemptible politician.” That “-aster” suffix is one we slap onto nouns occasionally and which refers to something that is inferior, worthless, or not genuine. You know what to do.
struthious This adjective is a zoological one that means “ostrich-like,” but it shows up occasionally in less-technical sources to specifically refer to the avoidance tactic we associate with ostriches: sticking one’s head in the sand. (Ostriches, for the record, don’t do this: they lie flat on the ground to avoid detection.) Decry someone’s struthious attitude when you want to avoid saying outright that they are avoiding something.
gruntle When people want to banter with a lexicographer—that is, before they realize that we don’t banter; we merely look startled and trapped when people attempt small talk with us—they will say, “So if you can be disgruntled, why can’t you be gruntled?” You can: “gruntle” is a verb that means “to put (someone) in a good mood,” so go ahead and be gruntled to your heart’s content.