The charges against her stemmed from the fraudulent sale of a £1.1m Yayoi Kusama pumpkin sculpture to a Hong Kong collector, while a similar claim against her over a Warhol portrait remains in German court 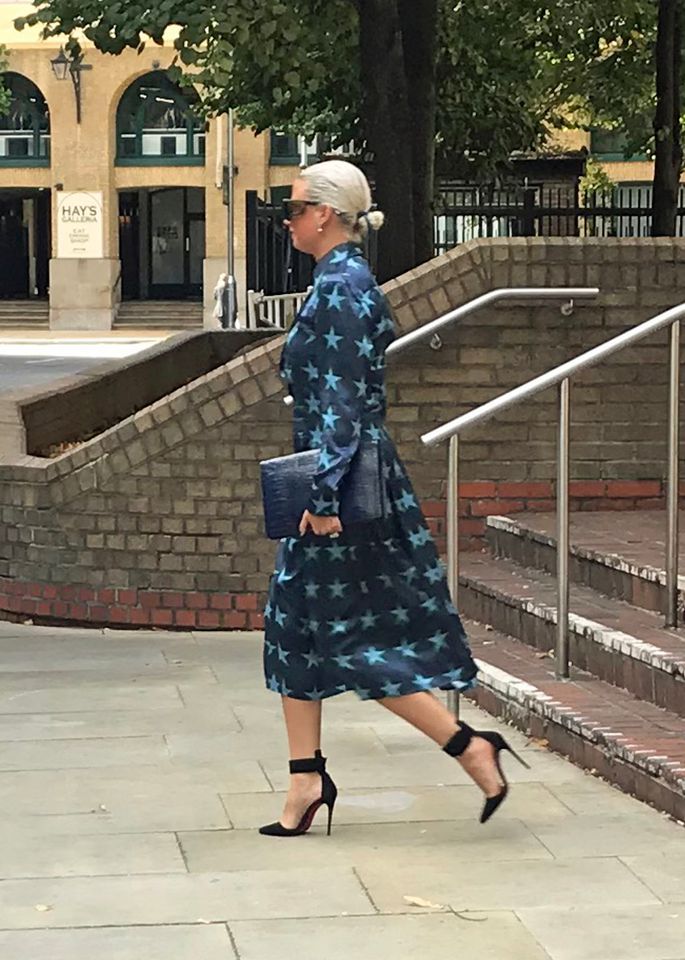 Angela Gulbenkian leaving a London court in September 2019 after denying theft charges in the sale of a Kusama pumpkin Photo: Central News

The German art dealer and socialite Angela Gulbenkian, who was extradited to the UK following her arrest in Lisbon last year, has pled guilty to two counts of theft in a London court, according to the Portugese news outlet Publico. Gulbenkian—who became a member of one of Europe’s most prominent art collecting families when she married Duarte Gulbenkian, the great-grand-nephew of the oil tycoon Calouste Gulbenkian—had been scheduled to appear in a Southwark Crown Court in February 2020 on charges stemming from the fraudulent sales of an Andy Warhol print and a Yayoi Kusama pumpkin sculpture, which she denied. But her failure to show up led London’s Metropolitan Police to issue a European Arrest Warrant for the heiress, who was tracked down several months later in Lisbon.

Gulbenkian has now pled guilty to the fraudulent sale of the Kusama sculpture, which the Hong Kong-based art advisor Mathieu Ticolat said he paid £1.1m for in 2017, but never received, and the theft of £50,000 that had been given to her for investment from a client, Jacqui Ball.

In a letter shared with The Art Newspaper, officer Duncan Graham of London’s Metropolitan Police wrote that “Angela Gulbenkian pleaded guilty to the theft of the main sum transferred to her for payment of a Yellow Pumpkin sculpture, and for the theft of funds transferred to her by Ms Ball, for investment,” adding that, “a confiscation order was made for the amount stolen. At present no assets are present within the UK to realise this confiscation.” The letter continues that sentencing has been set for 28 July and that no trial will take place.

“[The plea] was not too surprising to us because we had her dead to rights,” says Christopher Marinello of Art Recovery International, who is representing Ticolat. “She signed a stipulation of settlement in 2018 where she acknowledged owing the money that she stole, and that she was going to pay it back, but of course she defaulted, so the trial would have been very quick.”

Marinello also notes that Gulbenkian reportedly gave her mother £221,000 of the £1.1m paid for the Kusama sculpture shortly after receiving the funds, and that there is currently a court case pending in Munich to recover the money. “We pursue these fraud cases vigorously, and I think it's the only way you can do that. The art world is seeing a rise in fraud and we went after Gulbenkian and anything and everything she touched,” Marinello adds. “We think that the way to take on these fraud cases is to be relentless, and that's what we've done.”

Gulbenkian still faces separate charges in a case regarding the fraudulent sale of a Warhol portrait of Queen Elizabeth II. In 2019 a London-based art dealer paid Gulbenkian £115,000 for the portrait, only to find out that she was not the work’s rightful owner. The dealer—who remains anonymous under Munich law, where Gulbenkian is based—discovered that he had been swindled only after the work’s true owner came to him demanding the portrait’s return, though by then it had already been resold.

Subscribe to The Art Newspaper’s digital newsletter for your daily