A Legendary Fashion Photographer, Revisited | The Work of Louise Dahl-Wolfe

When the photographer Louise Dahl-Wolfe was hired at Harper’s Bazaar in 1936, fashion photography as we think of it today hardly existed. As she recalled years later, at the beginning of her career “there weren’t really fashion photographers, just artists like Steichen, who just happened to do fashion photography.” Dahl-Wolfe worked as a principal photographer at Bazaar — alongside its editor in chief Carmel Snow, the art director Alexey Brodovich and fashion editor Diana Vreeland — for 22 years, and played a large role in redefining the form: pioneering a shift away from stiff society portraits to a more natural and relaxed style of photography.
A new book, out this month from Aperture, provides a comprehensive look at the influential photographer’s work. The daughter of Norwegian immigrants, Dahl-Wolfe grew up in San Francisco. Initially, she hoped to become a painter; she studied design, composition and art history at the San Francisco Institute of Art. Though she abandoned painting after an instructor reportedly called her work “the essence of superficiality,” she wrote in her 1984 autobiography, “The Photographer’s Scrapbook,” that much of her success as a photographer was thanks to her training. In particular, her studies in color theory served her well: Dahl-Wolfe distinguished herself as one of the first photographers at ease working with color film. “From the moment I saw her first color photograph, I knew that the Bazaar was at last going to look the way I had instinctively wanted my magazine to look,” Snow later wrote.
Dahl-Wolfe took up photography after meeting Anne W. Brigman, an early member of the Photo-Secession group. She worked as an interior designer for a few years in New York before setting off on a trip across Europe and North Africa — where she met her future husband, the American painter and sculptor Mike Wolfe. In 1933, the couple moved to New York, where Dahl-Wolfe worked briefly as a food photographer for Woman’s Home Companion before she started shooting for Saks Fifth Avenue and Bonwit Teller.
During her tenure at Harper’s Bazaar, Dahl-Wolfe shot 86 covers for the magazine — including, in 1943, the 17-year-old model Betty Bacall, who was subsequently discovered by the film director Howard Hawks, who changed her name to Lauren and cast her in “To Have and Have Not” alongside Humphrey Bogart. But, as Ginia Bellafante wrote on the occasion of a Museum of the Fashion Institute of Technology retrospective in 2000, it was the sense of “languorous sexuality” that set Dahl-Wolfe’s images apart. With women becoming increasingly more independent and active, styles were more casual and comfortable too, and Dahl-Wolfe’s images — often shot in far-flung locations including Tunisia, Cuba, Spain and the California desert, featuring women reclining and relaxing — captured the new sensibility. “Independent, witty and self-aware, allowing herself one outfit a year from the Paris fashion shows,” John P. Jacob, a curator at the Smithsonian American Art Museum, writes of the photographer in “Louise Dahl-Wolfe,” “she did not so much discover the new American style as she embodied it.”
Posted by Cabecilha at 6:36:00 PM No comments: 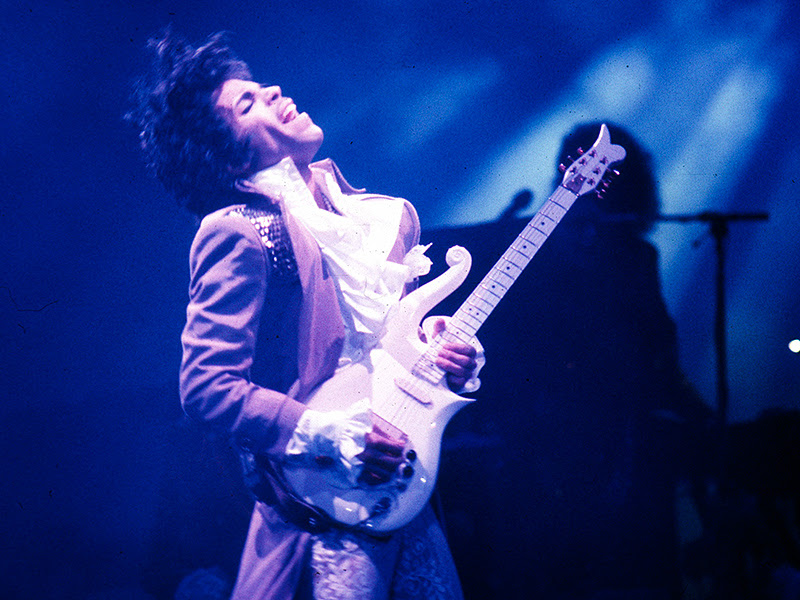 
With Prince's shocking death, the monumental scope of his influence on music is just starting to become clear.

The rock, funk and R&B icon has inspired dozens of today's award-winning artists and has crafted numerous albums that ended up greatly reshaping our current musical landscape. He is not just Prince; he is a king.

And unlike some royalty, Prince loved to share his wealth, writing numerous songs for his fellow artists and allowing his music to be covered by other performers as well.

Some of Prince's successful pieces may surprise you, especially since he doesn't sing a word on the tracks. Read on for ten songs you probably know, but never knew were written by Prince.

Keep up with your favorite celebs in the pages of PEOPLE Magazine by subscribing now.

Perhaps The Purple One's best known outside effort, this 1990 single, complete with bald, teary video, gave Sinead O'Connor a worldwide hit. Prince originally wrote and composed "Nothing Compares 2 U" for his funk band side project, The Family, but the song was never released as a single.

2. "Manic Monday" by The Bangles

Prince wrote this weekday lament in 1984 as a duet for the band Apollonia 6, but the song was never put on a record. Two years after crafting the catchy creation, Prince offered the song to The Bangles under the pseudonym "Christopher," because he liked the song "Heroes Take the Fall" and was reportedly attracted to the group's rhythm guitarist Susanna Hoffs.

Prince helped Madonna cowrite this song for the 1989 album Like a Prayer. Madonna traveled to The Studio at Paisley Park in Minnesota, where Prince was pronounced dead, to come up with the piece. Along with helping to write the track, Prince also sang and played guitar on "Love Song."

4. "Stand Back" by Stevie Nicks

Prince paired up with Nicks to help her write this top five hit. The Fleetwood Mac singer has often shared the interesting birth story behind this single from her solo career. According to Nicks, she was inspired to create the song after listening to Prince's "Little Red Corvette." When she went to record "Stand Back", she called Prince about the song, and he showed up at the studio that night to help finish up the track.

While Khan was not the first one to this song, she made the most memorable version. Prince originally wrote the song for Patrice Rushen but ended up recording the song himself and putting it on his 1979 self-titled album. "I Feel For You" went on to be covered by The Pointer Sisters and Mary Wells, but it was Khan's 1984 version that became the hit to withstand the test of time.

Like "Manic Monday," Prince first wrote this song for Apollonia 6. The creation was eventually given to the singer and percussionist Sheila E., who transformed the song into a top dance hit.

The rival band in Purple Rain is actually playing plenty of Prince songs. "The Kid" wrote many songs for the Minneapolis-based band, who were also close friends and collaborators with the artist in real life. Prince helped pen "Jungle Love," one of the group's most popular songs, in 1983 and also played multiple instruments on the track.

8. "With This Tear" by Celine Dion

Prince wrote the 1992 song as a gift to Dion, who put the present, backed by her stunning voice, on her self-titled album.

Ditching his previous pseudonym "Christopher" for the new name "Alexander Nevermind," the disguised Prince wrote this U.S. dance hit for Easton in 1984.

Prince co-wrote this single with Maritka for her 1991 debut album Maritka's Kitchen. The track went on to top pop charts in numerous countries.

Prince wrote and recorded this ballad in 1982 as a b-side to his single "1999," but the track didn't become a commercial success until Keys covered the song in 2002, retitling it "How Come You Don't Call Me." Keys' version went on to appear on several charts across the world.