Sport-Star Collectors and What They Collect

Does art give similar excitement as sport does? The answer is likely to be “yes” for these following sport stars and art collectors. While rising to fame and shining in the sports field, they are also applying the appreciation for dedicated practice and quality performance to contemporary art. From African American art to street art, from international heavyweights to emerging artists, here is a glimpse of what these sport stars are drawn to. Some even go beyond acquiring works to get involved in curating, sharing the collection through exhibition tour, and setting up scholarship for art students.

Amar’e Stoudemire, former NBA player, USAThe six-time NBA All-Star Amar’e Stoudemire is a collector of art by Jean-Michel Basquiat, Rob Pruitt, Hebru Brantley, and Devin Troy Strother among others. His collecting journey was sparked by a memorable gift for his 24th birthday. Besides collecting, he has also worked with Sotheby’s on a curated exhibition that featured basketball-themed works by contemporary artists during the 2018 NBA All-Star Game festivities.

Carmelo Anthony, NBA player, USANamed an NBA All-Star ten times, Carmelo Anthony is interested in collecting contemporary portraits and street art— a big supporter for Banksy, Mr. Brainwash, Shepard Fairey, and Hebru Brantley. One of the staple pieces of his collection is a portrait of Muhammad Ali by Cryptik while he has acquired Nathaniel Mary Quinn’s “Chainsaw Master”. On the walls in his New York home are mostly African art and portraits while his house in L.A. is with more vibrant and colorful works.

David Beckham, former football player, UKThe sport celebrity and his wife Victoria started their collection in 2002 and have been huge supporter of art by the YBAs. The collection is reportedly “love-themed” as the couple purchase artworks as gifts to each other on special occasions. Collected works include those by artists like Damien Hirst, Banks, Sam Taylor Wood, Jake and Dinos Chapman, , and, a big favorite of theirs, Tracey Emin. 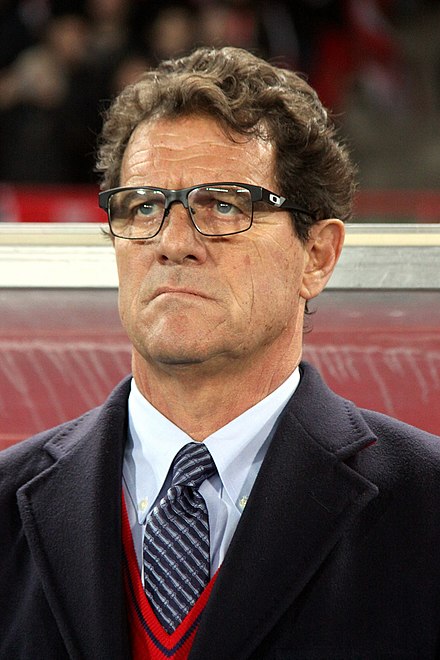 Fabio Capello, former football player, ItalyOne of the world’s premier coaches, Fabio Capello started collecting art when he was 23, buying two or three pieces every year. His impressive modern and contemporary art collection comprises works by the likes of Mark Chagall, Wassily Kandinsky, and Piero Pizzi Cannella, with a rumored value of over €12 million. He also claimed that Arte Povera was always an interest for him and that he owned paintings by Jannis Kounellis.

Grant Hill, former NBA player, USAGrowing up with art, Grant purchased his first piece of art as a college student. He and his wife — the Grammy-nominated, Canadian singer-songwriter Tamia —built an African American art collection, featuring works by Romare Bearden, Hughie Lee-Smith, and Elizabeth Catlett. He also made a seven-city museum tour of his collection in the United States from 2003 to 2006, and ss part of the tour, established a scholarship to support college students pursuing visual arts degrees.

Keith Rivers, former NFL player, USARivers has been collecting since 2010; he began to commit more seriously to this practice starting in 2017 after watching a documentary on Albert C. Barnes, the collector who founded the Barnes Foundation. He has been collecting paintings, photographs, sculptures and video works from Barbara Kruger,  Wolfgang Tillmans, Sonia Gomes, Jon Rafman, Kara Walker, John Baldessari, Glenn Ligon, Tony Lewis, Kerry James Marshall, and Cyprien Gaillard among others.

Maro Itoje, Rugby player, UKThe 27-year-old rugby star and the European Player Of The Year 2021 became interested in art on one of his visits to his parents’ birthplace in Lagos, Nigeria. He sought to find African contemporary art that spoke to him at its source. Since then, he has been collecting various works from Lagos by local Nigerian artists while one of his favorite pieces is from Tunji Adeniyi-Jones. Last year, Itoje curated a show exploring Black histories at Signature Art Gallery and collaborated with Sotheby’s on a London exhibition.

Sami Allagui, football player, GermanyThe German football player of Tunisian descent is passionate about soccer, rap music and contemporary painting. Besides early black-and-white photography by Helmut Newton in his collection, he also owns artworks by contemporary German painters Markus Tollmann or Jörg Immendorff. His passion for art started growing during childhood when he got to meet artist friends of his father, who is passionate about art.

Serena Williams, Tennis player, USAThe tennis champion owns a private art gallery inside her Miami house. She has collected works by KAWS, Radcliffe Bailey, Leonardo Drew, David Kracov, and Titus Kaphar. One of her favorites is “Astro Black”, a 11-feet-tall, mixed-media collage painting by Bailey, who explores race, ancestry, migration and collective memory in his work. Besides, her collection includes two woman figures made by Brandon Marshall, which represent her and her sister, Venus Williams. 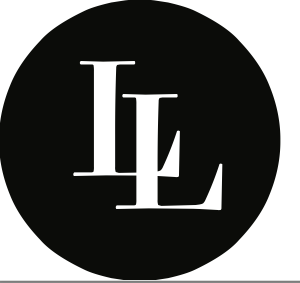 MADONNA AND BEEPLE COLLABORATE TO GIVE BIRTH TO MOTHER OF CREATION, AN NFT TRIPTYCH.

These 3 NFTS are a labor of love a year in the making, as both artists partnered to connect to the idea of creation and motherhood through these visualizations.

Proceeds from the sale will benefit three nonprofits focused on supporting women and children around the world.

The three works in Mother of Creation triptych represent a different form of birth in our contemporary world.

The first of the series is Mother of Nature - In a cold laboratory setting, with no sign of life, an opening gives way to a branch that transforms into a full vibrant tree. It pushes against gravity and flowers bloom. The tree may bend or even break, but it continues to recreate and flourish. This work features new text by Madonna.

The second work, titled Mother of Evolution, touches on the metamorphosis journey of butterflies, which are one of the most beautiful creations in nature, and a sign of hope. The butterflies are a metaphor for the paradox that the world is burning down in a post-apocalyptic scene, but there is still evidence of life. We continue to give birth, no matter what destruction is going on, no matter what oppression we face. It relays the important message that if you are waiting for the world to be perfect or for your life to be perfect to create art, it will never happen. We have to do it, for our own survival in this chaotic, unpredictable world. The work features lyrics from Madonna’s iconic song Justify My Love, and original music by Igor Bardykin.

The final work is Mother of Technology, and takes place in a beautiful forest, depicting the way science can also give birth light into the world, but only if used with the right consciousness. The centipede represents technology - both the life giving-force and the dangers of it, the juxtaposition of dark and light. Technology continues to evolve in the physical, natural and real world; we can do whatever we want, but there are consequences to that. Nature will ultimately win in the end. The work features the poetry of Rumi.

When Mike and I decided to collaborate on this project a year ago, I was excited to have the opportunity to share my vision of the world as a mother and an artist with Mike’s own unique point of view. It’s been an amazing journey building this together from an intellectual idea to an emotional story, giving birth to art. I wanted to investigate the concept of creation, not only the way a child enters the world through a woman’s vagina, but also the way an artist gives birth to creativity. Most importantly we wanted to use this opportunity to benefit mothers and children who are most in need right now. ― Madonna

The triptych concludes with the message that you never know where you are going to find life, and you can never give up hope. All works were conceived with a 3D scan of Madonna and labored through together with Madonna and Beeple. Sound design by Sasha Kasiuha.

The proceeds from the sale will benefit three nonprofit organizations picked by Madonna and Beeple to further their missions in supporting mothers across the globe. The triptych was created with infrastructure support by Moonpay, who will also contribute $100,000 to each charity.

The Voices of Children Foundation has been working to support the women and children affected by the war in Ukraine since 2015 with psychological and urgent care. Children shudder from explosions and shots. They wake up with the shrill sounds of sirens and fall asleep in the basements. Kindergartens, maternity hospitals, shelters where families seek some safety are becoming targets. Children need our help.

The City of Joy, a project of V-Day, is a transformational leadership community for women survivors of severe violence, located in Bukavu, Eastern Democratic Republic of Congo (DRC). Since opening its doors in 2011, 1734 women have graduated from the City of Joy, healed themselves, been nurtured, learned new skills, empowered themselves and joined into a network of love and revolution. These women have released massive trauma and horrific memories. They have danced, sung, learned their rights, performed plays, developed agricultural skills, and come to love their bodies. They have become leaders in their communities. They are no longer stigmatized for being raped. These women are forces of energy and determination, entrepeneurs of small businesses, initators of collectives, restaurant owners, farmers with new land, educators and advocates on sexual violence, the list goes on. City of Joy serves 90 survivors of gender violence aged 18-30 at a time.

Black Mama’s Bail Out began in 2017 with a mass bail-out of black mamas and caregivers who are disproportionately incarcerated. Sixty percent of people in local women’s jails have not even been convicted of a crime and are awaiting trial—and 80 percent of them are parents. In the tradition of our enslaved ancestors—who bought one another’s freedom in many forms and fashions—and centering the present-day traditions of Black queer feminism, we began what would become the National Bail Out (NBO) collective. We use the term “Mama” to encompass all Black women and femmes that self-identify as a Mama—including cis and Trans women, femmes, gender nonconforming people, and non-binary folks—who parent and care for their families and communities in various traditional and nontraditional ways. We are not just speaking about birth and biological mothers. These Black women, femmes, and gender-nonconforming folks—Black Mamas and caregivers—are often without support or a safety net when they are condemned to a cage: there is no one to come for them. Black Mama’s Bail Out is a campaign to bail out Black Mamas and caregivers from jails and migrant detention centers across the country every year before Mother’s Day, marking the first mass bail out action in contemporary times.