6704700Z
MICHAEL JACKSON
Private Company
The lines of women started forming by 9 a.m. on Nov. 15 at a venue across the street from Scores New York, a “gentleman’s club” on West 28th Street. The anticipation was palpable, and the leopard print unrepentant. They weren’t there for the steaks or cocktails; they were there for the drama—and the selfies. This was the first BravoCon, an immersive experience from Nov. 15-17 for fans of the pop culture cable network.
Throughout the multiday experience, attendees gathered at three New York venues—the Manhattan Center, Union West, and Skylight Modern—to watch their favorite stars spill gossip, make cocktails, and perform their signature dance moves.
For superfans of the network, snapping photos and chatting about their favorite shows during the event was the ultimate bonding experience. On lines, attendees shared doughnuts and exchanged advice on where the best spots were to catch stars.
“We’ve always had a passionate and loyal fan base, and we felt like we needed to reward the fans and create an authentic experience,” Maria Laino Deluca, senior vice president for consumer and social marketing at Bravo and Universal Kids, said before the event. “It’s an opportunity to connect with our consumers and really give them the opportunity to touch and feel the brand like never before.”
There was also a lot of money to be made.


Tickets sold out almost instantly and went for as much as seven times the original price on secondary sites such as StubHub. A Bravo spokesman declined to discuss specifics, but said some 10,000 people were in attendance throughout the weekend (though some multiday passholders may have been double-counted).
A one-day general admission ticket cost $125, plus fees. For $100 more, a VIP-Bravoholic wristband got fans preferred seating at panels and a BravoCon gift bag. For the tidy sum of $700, guests could upgrade with a SVIP-Future Bravoleb ticket that included a premium dining experience and meet-and-greets with network stars. Three-day ticket holders forked over upward of $1,500, including fees.
BravoCon pulled in a minimum $1.3 million in revenue over the long weekend, according to Bloomberg estimates, and that’s before fan add-on experiences, including a taping of Watch What Happens Live or a party with the cast of Vanderpump Rules, starting at $50. Corporate sponsors included Pepsi, State Farm, and Hotels.com.
Capacity was so tight that socialite Tinsley Mortimer, who appears on The Real Housewives of New York, was allowed to invite only one guest, she said in a phone interview. She brought her mom.


This type of event is a “really important step for Bravo,” because the amount of available TV content has expanded and water-cooler conversation has gone by the wayside, said Ben Mandelker, co-host of Watch What Crappens, a podcast dedicated to all things Bravo, with 2.5 million listeners per month. “In many ways, these sort of events—a con or a live show—is really an excuse for people to gather together with like-minded people and be able to finally gab with each other.”
Maribeth Pappas, who flew in from Dallas, echoed the sentiment. “It was a complete sensory overload of Bravo celebs, eye-popping fashion, and a complete smorgasbord of culinary feasts. I formed very close bonds with many of the attendees that were strangers on Friday and felt like family by Sunday. It was an adventure!”
Here’s how it all went down.

Attendees, traveling from all over the U.S. and as far as Melbourne, had an untold amount of Instagrammable opportunities, with staffers graciously holding coats and bags and snapping group photos in front of step-and-repeat banners.
The Real Housewives of New Jersey cast member Dolores Catania—who said getting glammed up for the event was like getting ready for the show’s reunion episodes, “only bigger” because outfits had to be “on point”—clasped hands with fans while posing for pictures. Actor Jerry O’Connell wore a wig and held a stuffed dog for selfies with fans.
Jenn Heil said a highlight was hobnobbing with Shahs of Sunset star Reza Farahan and Vanderpump cast members Tom Sandoval and Tom Schwartz in a lounge for SVIP ticket holders. She also got to sit next to The Real Housewives of Dallas star D’Andra Simmons at the cabaret. “I am exhausted, I have no voice, and I look like hell, but I’m so happy,” she said.
In the Bravo Bazaar, fans gulped $13 glasses of Basic Witch Potion No. 2 rosé while network stars sold their wares. Swag included a $20 prayer candle with an image of Bethenny Frankel, a former cast member of The Real Housewives of New York, and a $40 sports bra that said “I run Bravo marathons.”
Mindy Sepinuck, who flew in from Florida, said chance meetings at the Bazaar with celebrities such as Below Deck Mediterranean’s yacht captain Sandy Yawn were a highlight. “Besides the birth of my son and my wedding, BravoCon was the best event ever!”
At Union West, guests could film their own Real Housewives-esque intro video with voice-over taglines including “I don’t throw parties, I am the party” and “I’ve got heels that are higher than your standards.” Fans could also line up to receive their own slow-motion video modeled after the start to Vanderpump Rules—wind machine and cocktail shaker props included.
Panels were rife with gossip about the celebrities’ personal lives, feuds, and hookups. Fans were treated to sneak peeks of upcoming seasons of Summer House, as well as yet-to-be launched shows. Some even witnessed Vanderpump’s Sandoval give Tom Schwartz a lap dance on a dare.
During one Q&A panel, Andy Cohen, host of Watch What Happens Live with Andy Cohen and a former Bravo executive, said he’s considering adding another child to his family. (Cohen welcomed son Benjamin Allen Cohen earlier this year via surrogate.)
When asked what his 2020 presidential campaign slogan would be, he said, “I’m going to make it nice.”

Popular panels and photo opportunities filled up quickly, with some attendees getting turned away after waiting almost an hour for a glimpse of a sequin-clad Bravo housewife. Multiple stars, including The Real Housewives of New York cast member Luann de Lesseps and Next Level Basic author Stassi Schroeder, were hustled away before fans could get snaps they’d lined up for. One attendee even went so far as to hoist another on her shoulders so she could see who from a Men of Bravo panel would be participating in a photo op.
These snags weren’t lost on the talent. Southern Charm cast member Craig Conover exchanged heated words with venue security when they cut off a scheduled photo op with fans. He later appeared at the Bravo Bazaar, where attendees chatted with him next to a booth of decorative pillows from his brand, Sewing Down South, which retail for $58 each.
Several events started behind schedule, including one titled “RHONJ: The Garden State Dishes the Dirt” during which cookbook author and reality TV star Teresa Giudice appeared. A cabaret performance by de Lesseps started roughly an hour behind schedule. When asked by a fan why she was tardy, de Lesseps said she thought the performance began at 9 p.m. She first appeared onstage at about 9:25 p.m.
And yet, despite all this, the drama didn’t seem to filter to the crowd.
“While the event was awesome, the thing that still stays with me is how friendly and gracious everyone was to each other—from the fans to the staff,” says Frances Parisi of New Jersey. “Lines were long, venues were crowded, and yet I personally didn’t see or hear one incident. … It was a nice break from everything going on in the world right now.”

The last day of the event kicked off with an ’80s aerobics class led by New York cast member Dorinda Medley.
Staffers handed out resistance bands, and Medley, clad in silver leggings, led about 200 guests through squats and stretches to songs from Barry White and Michael Jackson. She was briefly joined by Cohen, who was wearing a Doorobics shirt for the start of the workout.
And at the end, in a particularly surreal moment that made perfect sense in context, a conga line kicked off before Medley hugged attendees and, of course, posed for photos.
Pappas, the Dallas superfan, recalled her favorite event, the Bravopalooza Brunch during which Vanderpump star Jax Taylor did a model walk and The Real Housewives of Orange County cast member Shannon Beador reenacted an infamous scene from the show where she shoved her plate across a table and screamed at another cast member.
At another venue, The Real Housewives Museum had items from iconic TV scenes on display. Mannequins sported sequined and body-con dresses from reunion episodes. Remains of a “friend contract” burned on an episode of The Real Housewives of Atlanta was on exhibit, as were the extracted breast implants of The Real Housewives of Orange County cast member Tamra Judge.
On the second day, Cohen sped through the final hallway, recording a video of a stuffed animal that was the center of a yearslong fight on The Real Housewives of Beverly Hills.
A sign on the wall read “Long Live the Real Housewives.” 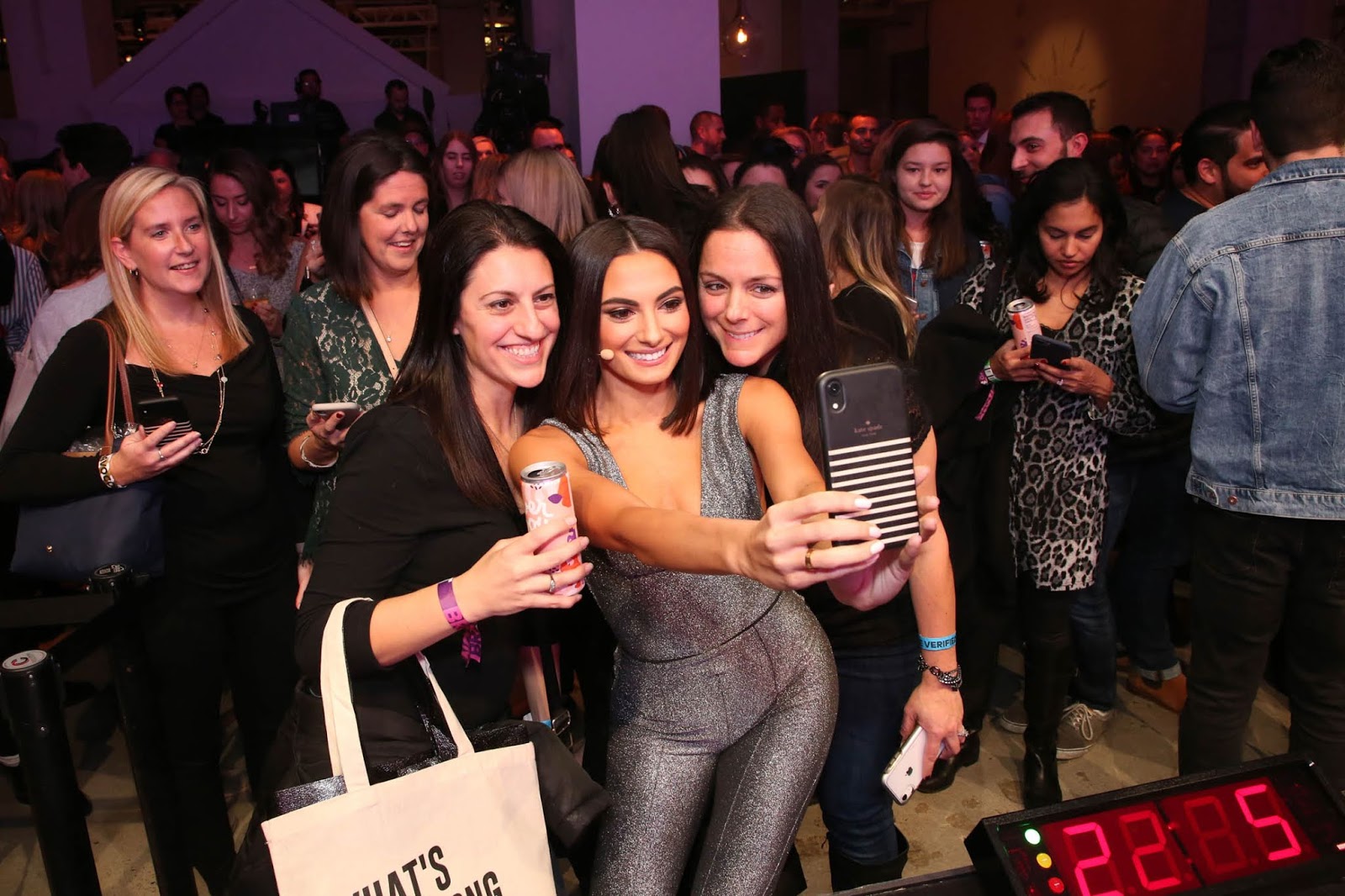 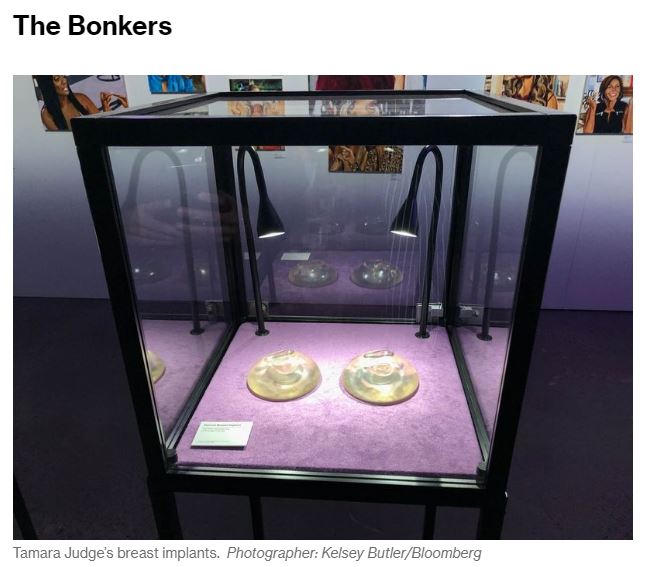 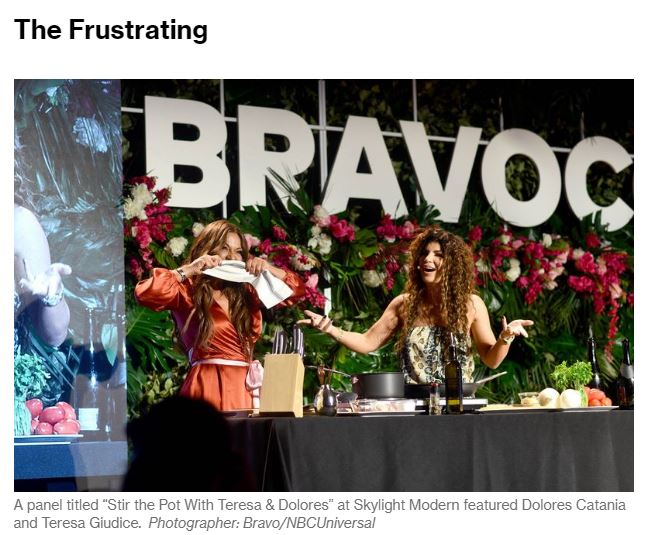 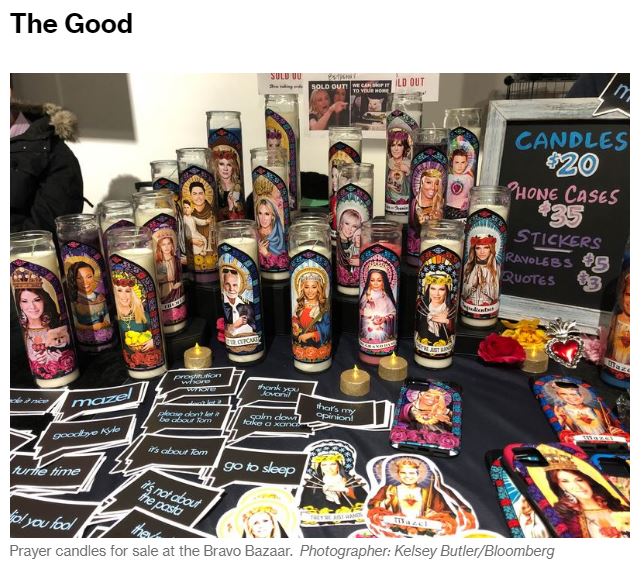 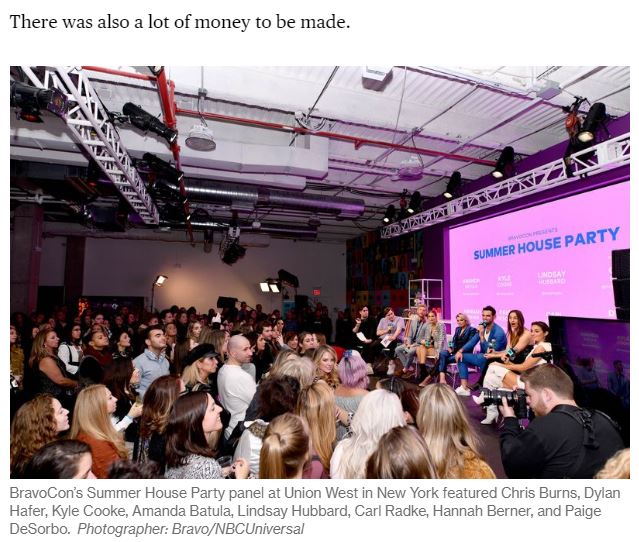 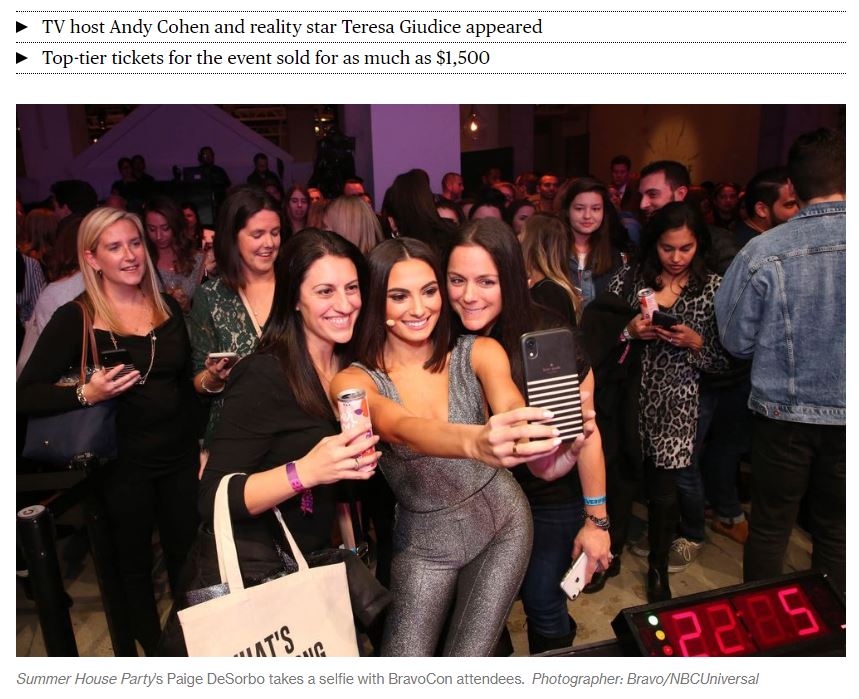