London-based graphic designer Osheyi Adebayo settled on design after realising it offered him the variety he craved. “While studying fine art at North West Kent College, it was that time to choose a subject for university. I knew I just wanted to pick something where I could freely experiment with various mediums such as illustration, digital elements and photography, just to create a mixture of art and design,” he explains. “I saw that graphic design fitted that criteria so I racked up a graphic design portfolio just in time, and it was enough to get me into Solent Southampton University.”
Osheyi describes his style as “playful and experimental” bringing in visual references from his childhood which are represented through simple 3D elements with augmented typography. His “dream-like colour schemes” are full of soft shades with a retro aesthetic, which derive from his main inspirations: an education CD called Learning Ladder, GCSE text book designs, and old shows he used to watch as a kid on VHS like Barney & Friends.
“I really enjoy working on print and editorial design that embodies the theme of a subject whether its personal or professional,” says Osheyi. “I also like illustrating intense expressions and visuals that appear in my dreams. Capturing moments, especially in sports is another thing I enjoy illustrating.”
The designer’s portfolio has an array of different projects including a plethora of posters, exhibitions designs, and artist books. Some stand-out projects include an identity for the Painters’ Painters show at the Saatchi Gallery earlier this year and a self-initiated book on Nigerian Afrobeat musician, singer and songwriter, Lagbaja. Osheyi adopts a methodical approach to his projects by working on paper first, “sketching down whatever comes into my head”, then he lets his imagination take over while designing on the computer creating colourful outcomes and thoughtful solutions.
Posted by Cabecilha at 4:36:00 PM No comments:

... made under the tutelage of Peter Blake

An exhibition celebrating the history of Walthamstow School of Art will open at the William Morris Gallery in London in June, showcasing work made by well-known alumni and teachers during their time there. It will feature a poster series made by musician Ian Dury while under the tutelage of Peter Blake, as well as Ian’s sketchbooks.
Peter Blake taught at the school between 1961–1964, during which time Ian and Peter are said to have formed a life-long friendship. They collaborated several times, and inspired one another’s work, for example when Peter designed the promotional poster for the Ian Dury and the Blockheads’ single Reasons to be Cheerful, Part 3 and in 1984, when the band released Peter the Painter.
Work by Ken Russell, Celia Birtwell, Peter Greenaway, Marion Foale, Sally Tuffin, Bill Jacklin, Ken Howard, Fred Cuming, Olwyn Bowey and Derek Boshier will also be displayed as part of the Be Magnificent exhibition. Self Portrait with Badges made by Peter Blake during his tenure at the school will be exhibited, on loan from the Tate, as well as Cardinal by Derek Hill, who taught in the painting department.
The exhibition will also feature testimony, photographs, film, music and archival material, aiming to capture “the energy, excitement and dynamism” of the school and “show how artistic innovation was the result of access to free universal education”.
London arts agency Create will also be running a two-week experimental art school on the site of the former school, now Waltham Forest College, where alumni and former tutors, including Keith Albarn, Terry Day and Laurie Lewis will return to teach classes alongside contemporary artists including Jeremy Deller, Anthea Hamilton and Marcus Coates.
Be Magnificent. Walthamstow School of Art 1957–1967 opens 9 June – 10 September 2017 at the William Morris Gallery, London.
Posted by Cabecilha at 4:25:00 PM No comments: 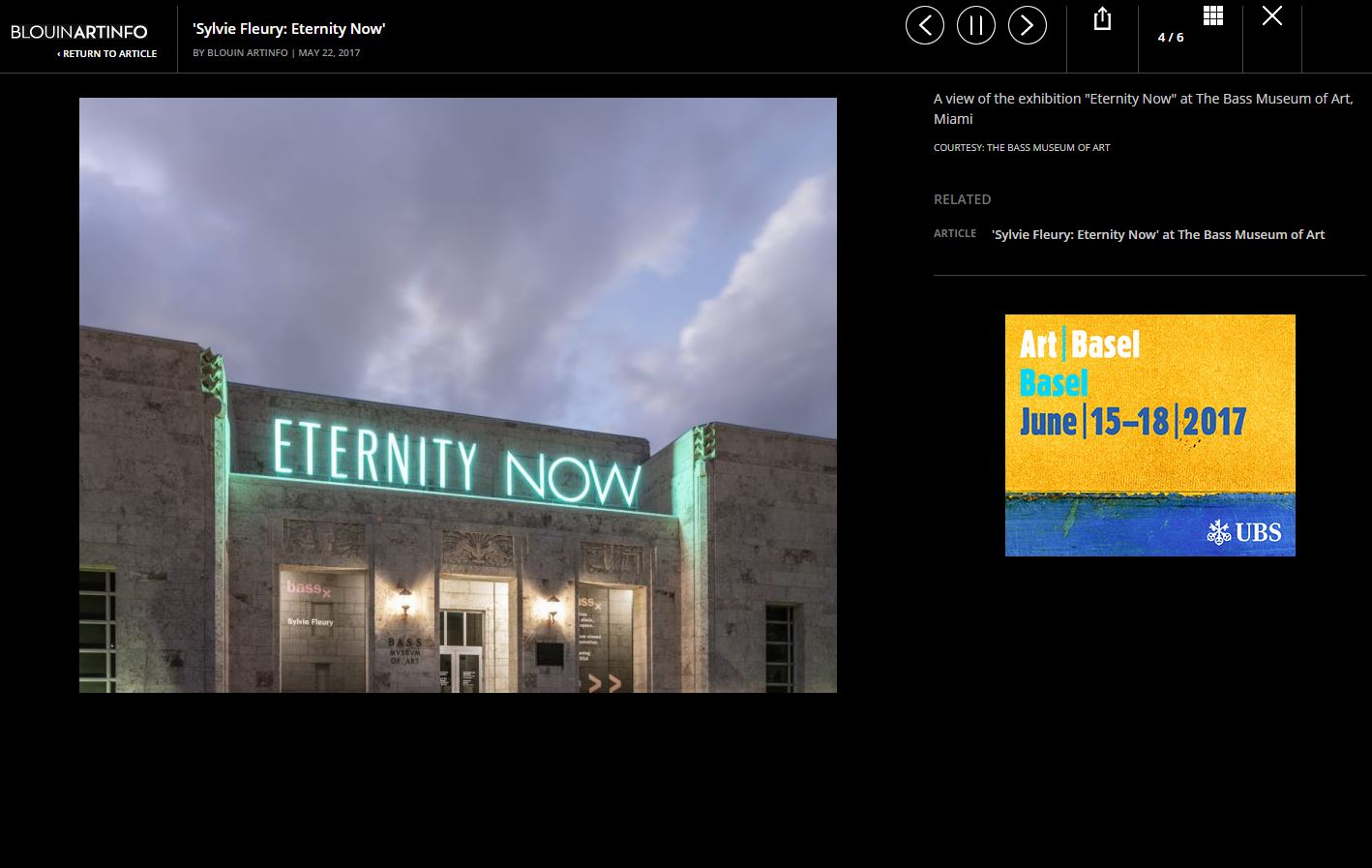 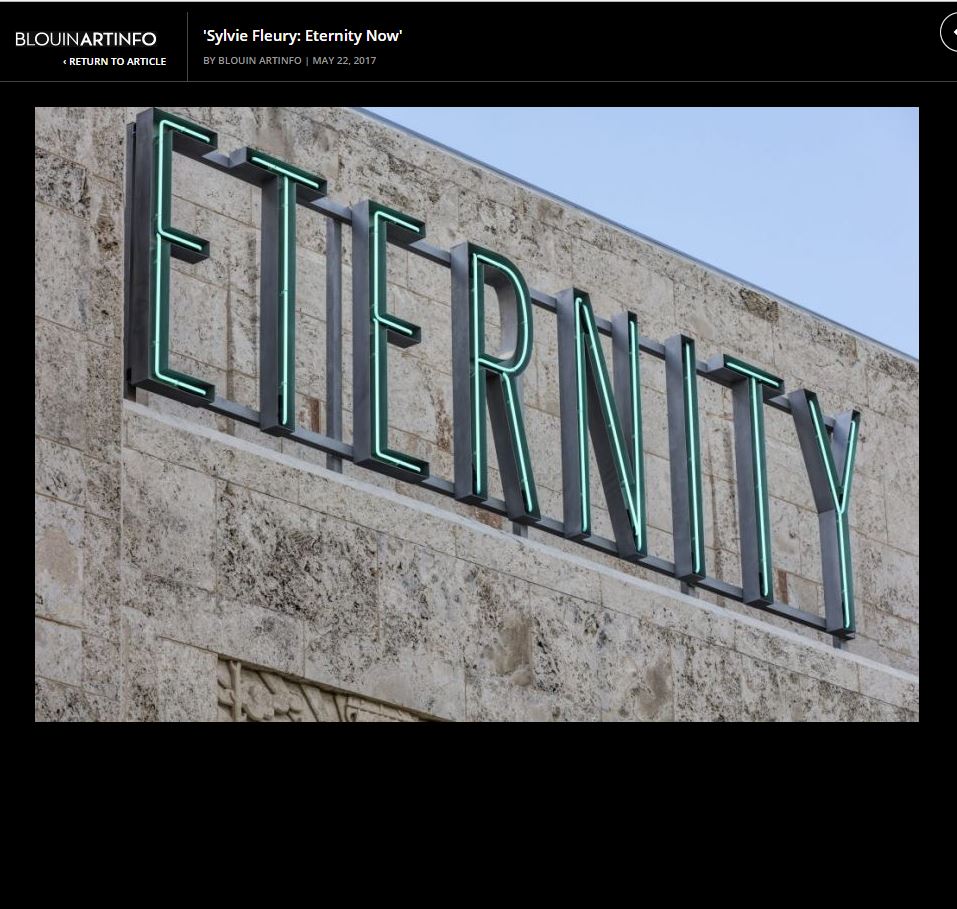 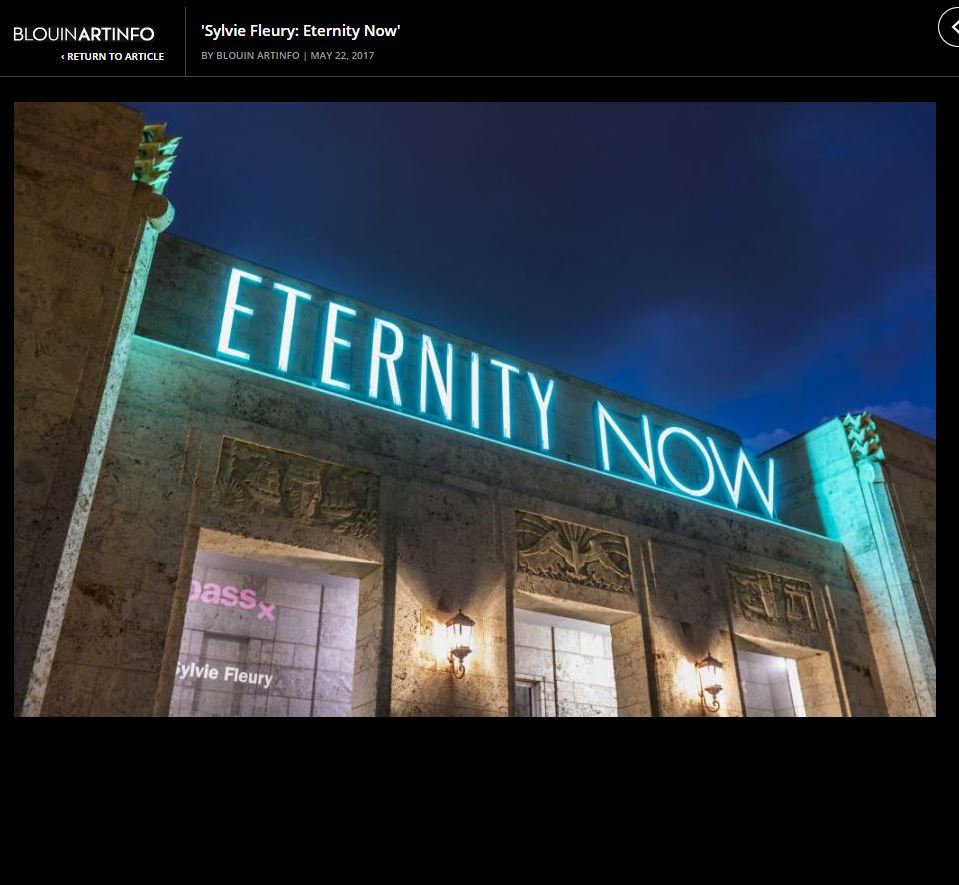 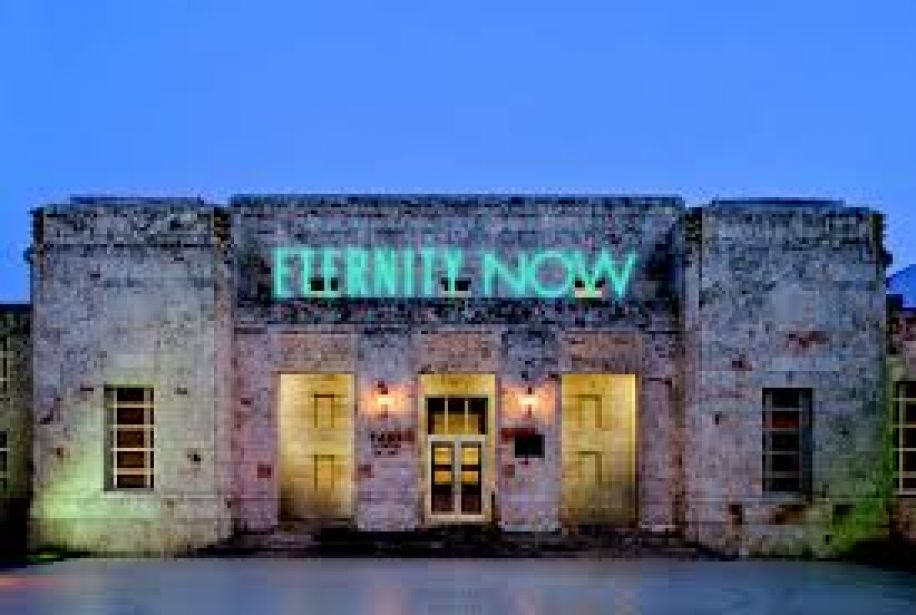 
The Met Breuer presents “A Multitude of Forms,” an exhibition devoted to Brazilian artist Lygia Pape. The exhibition is on view through July 23, 2017.
Lygia Pape (1927–2004, Rio de Janeiro, Brazil) was one of the most prominent artists of her generation and was a leading protagonist at a crucial moment for the history of art in Brazil. Pape was part of the Concrete movement (Grupo Frente) in Rio de Janeiro, reworking the legacies of geometric abstraction. It then evolved in 1959 into the Neoconcrete group, aimed at giving priority to experimentation and process over any normative principle. The exhibition will present a selection of sculpture, prints, paintings, installation, photography, performance, and film.
The exhibition is on view at The Met Breuer, 945 Madison Avenue, New York, NY 10021.
For details, visit: http://www.metmuseum.org/
Click on the slideshow for a sneak peek at the exhibition.

Lygia Pape: A Multitude of Forms

By Iria Candela
Contributions by Glória Ferreira, Sérgio B. Martins, and John Rajchman
This catalogue accompanies The Metropolitan Museum of Art Department of Modern & Contemporary Art exhibition at The Met Breuer.
Lygia Pape (1927–2004) was one of the most acclaimed and influential Brazilian artists of the twentieth century. A prominent member of a generation of artists who embraced the optimistic spirit of postwar Brazil, she is particularly known for her participation in the experimental art movement Neoconcretism. Beyond that, Pape engaged with a wide range of media, constantly experimenting in a quest to confront the canonical and discover unexplored territories in modern art. This beautifully illustrated publication accompanies the first major exhibition in the United States devoted to Pape's work. Featuring essays by art historians in both North and South America, as well as two previously untranslated interviews with the artist and an illustrated chronology, Lygia Pape is a testament to the artist's lasting importance to the modern art and culture of Latin America and to her position as a major figure of the international avant-garde.
Iria Candela is Estrellita B. Brodsky Curator of Latin American Art in the Department of Modern and Contemporary Art at The Metropolitan Museum of Art, New York.
Glória Ferreira is a professor at Escola de Belas Artes, Universidade Federal do Rio de Janeiro.
Sérgio B. Martins is a professor in the History Department at Pontifícia Universidade Católica do Rio de Janeiro.
John Rajchman is a philosopher who teaches in the Department of Art History and Archaeology at Columbia University, New York. 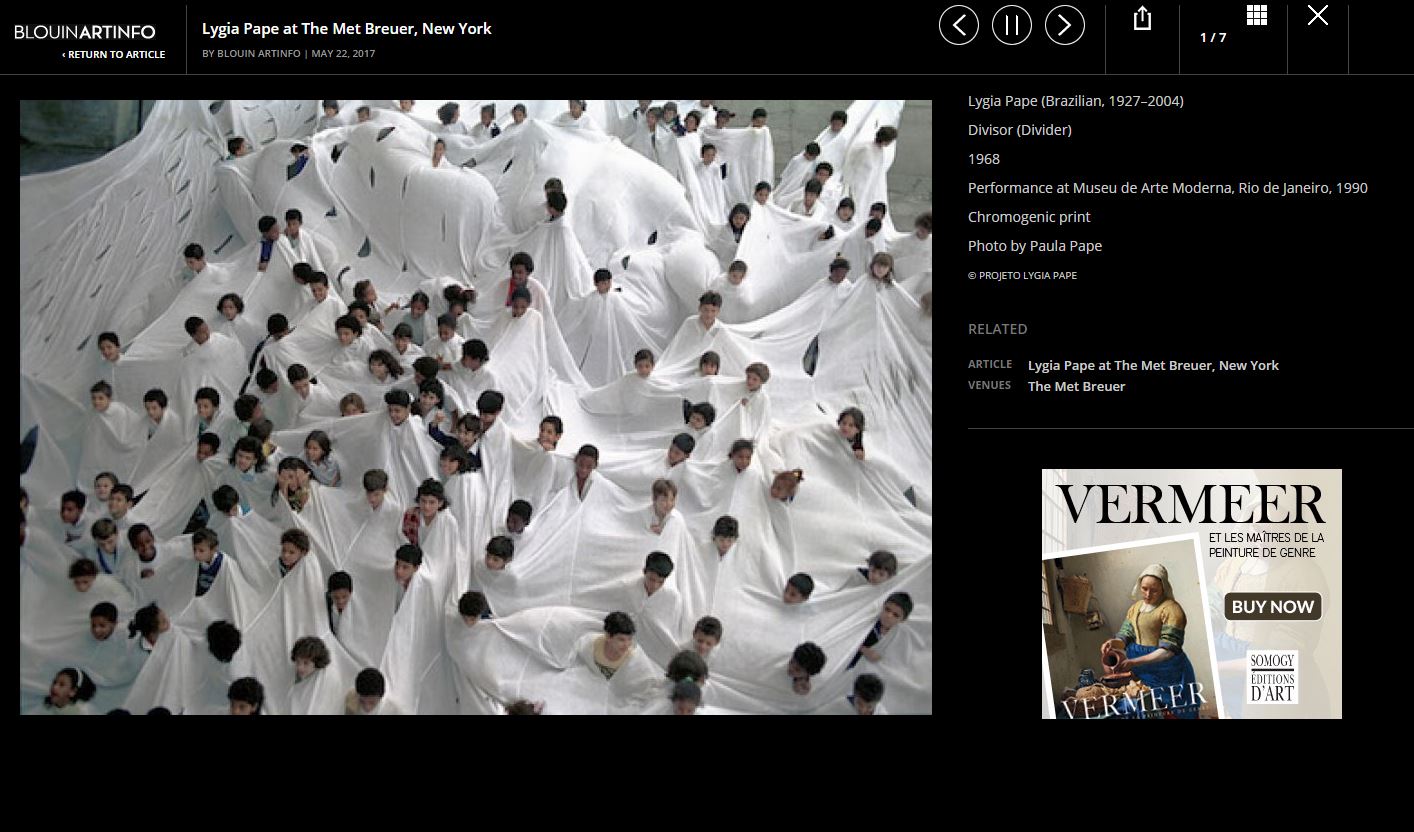 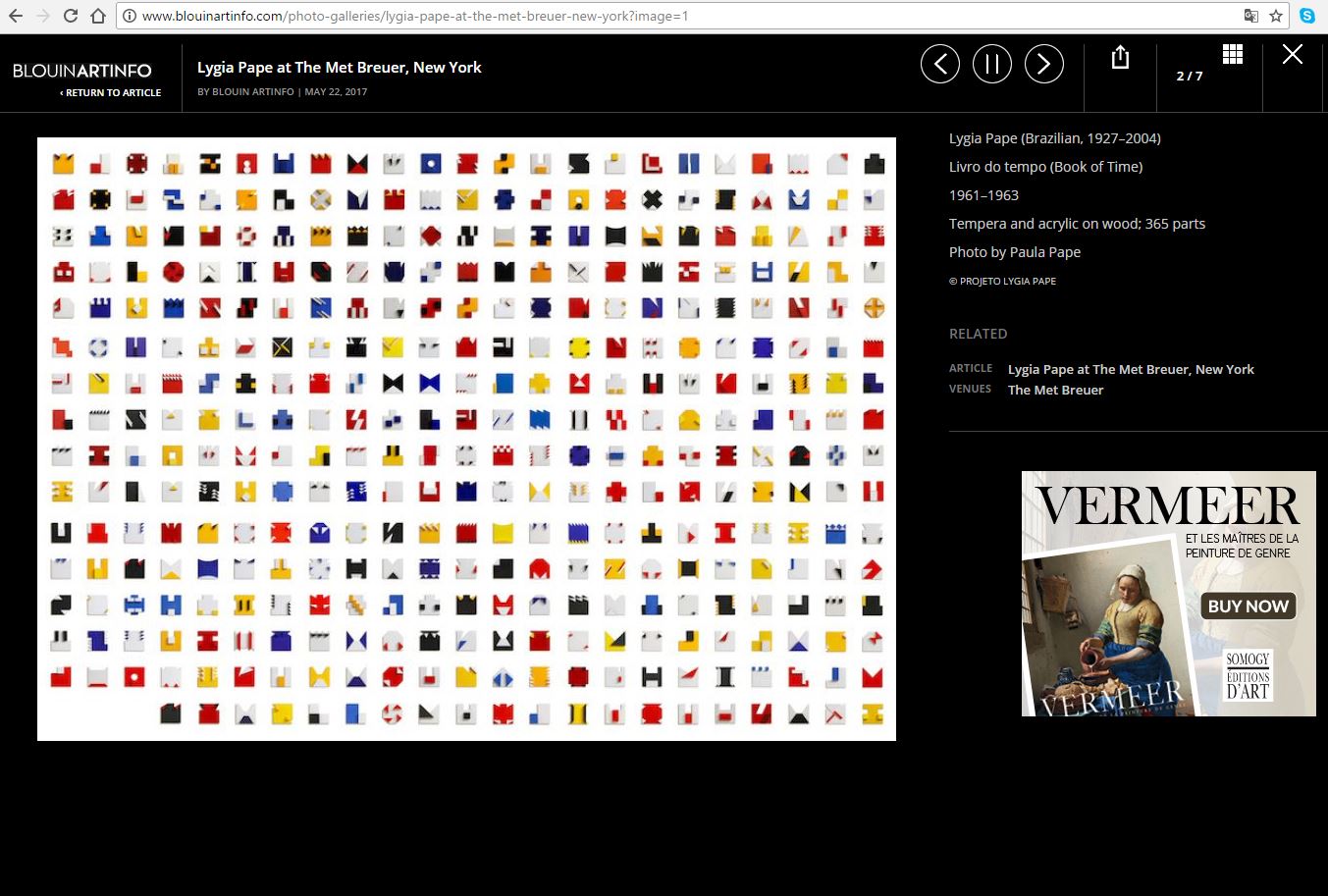 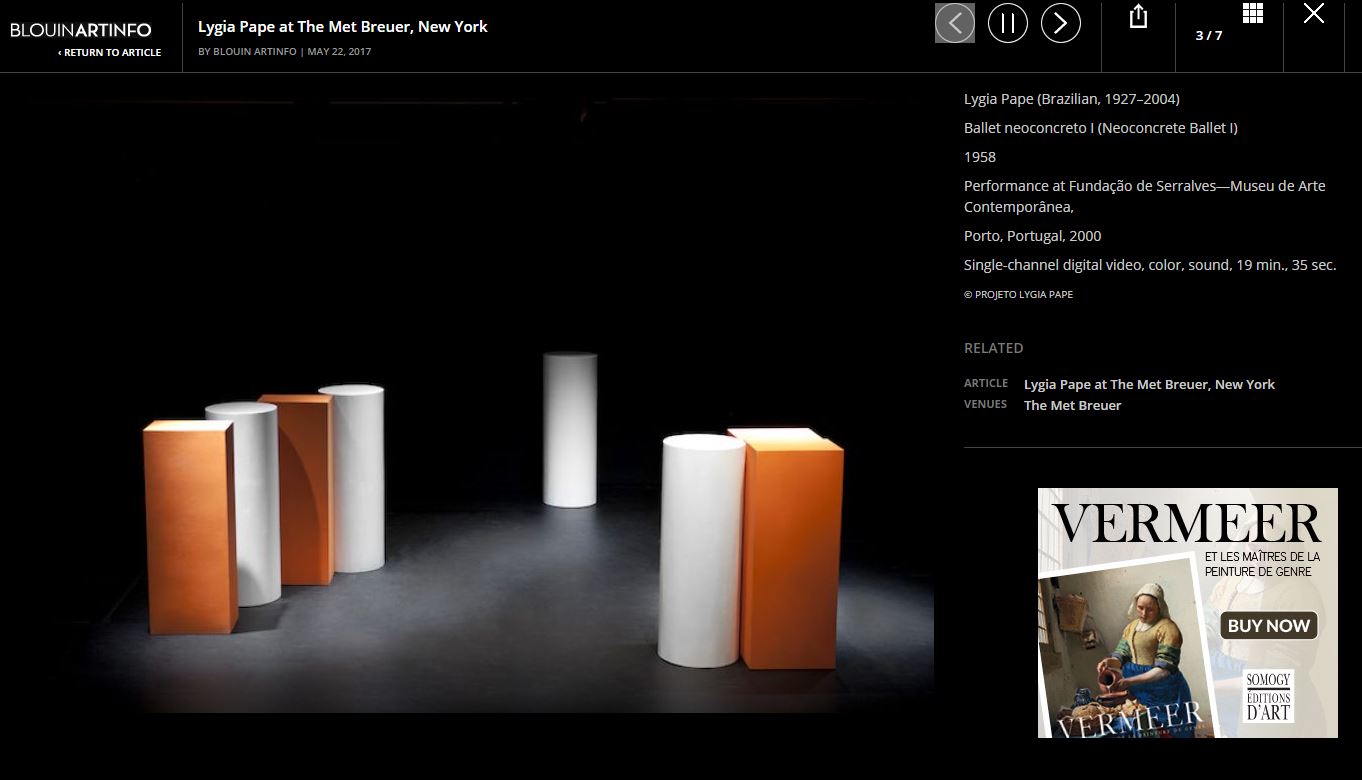 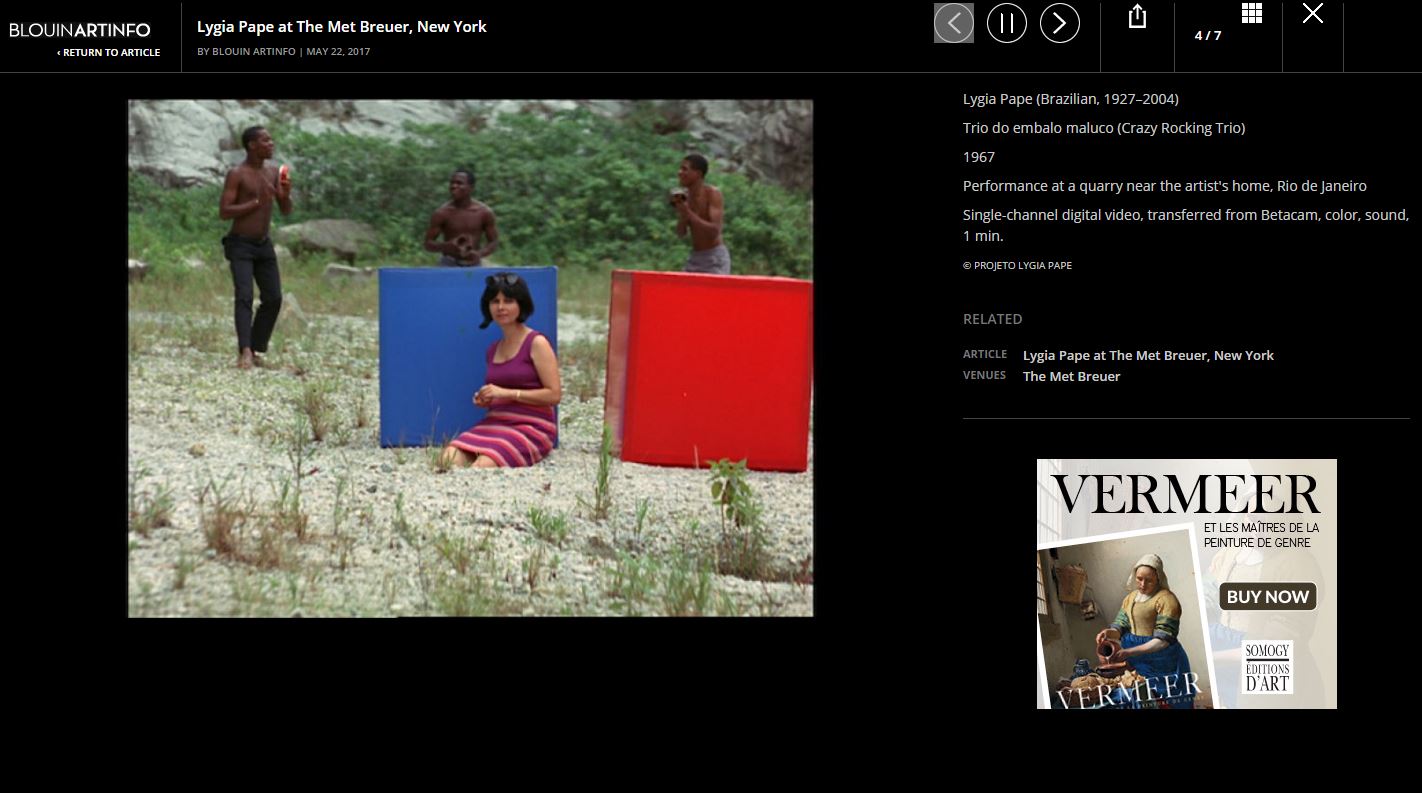 This beautifully illustrated publication includes illuminating essays, a chronology, and interviews with the acclaimed Brazilian artist.
Buy Now
Lygia Pape: A Multitude of Forms is the first monographic exhibition in the United States devoted to Brazilian artist Lygia Pape (1927–2004). A critical figure in the development of Brazilian modern art, Pape combined geometric abstraction with notions of body, time, and space in unique ways that radically transformed the nature of the art object in the late 1950s and early 1960s. Covering a prolific, unclassifiable career that spanned five decades, this exhibition examines Pape's extraordinarily rich oeuvre as manifest across varied media—from sculpture, prints, and painting to installation, photography, performance, and film.
#LygiaPape#MetBreuer
The exhibition is made possible by The Daniel and Estrellita Brodsky Foundation and The Garcia Family Foundation.
It is organized by The Metropolitan Museum of Art in collaboration with Projeto Lygia Pape.
On view at The Met Breuer in Floor 4

The Met Breuer - Lobby
Free with Museum admission, though tour tickets are required. 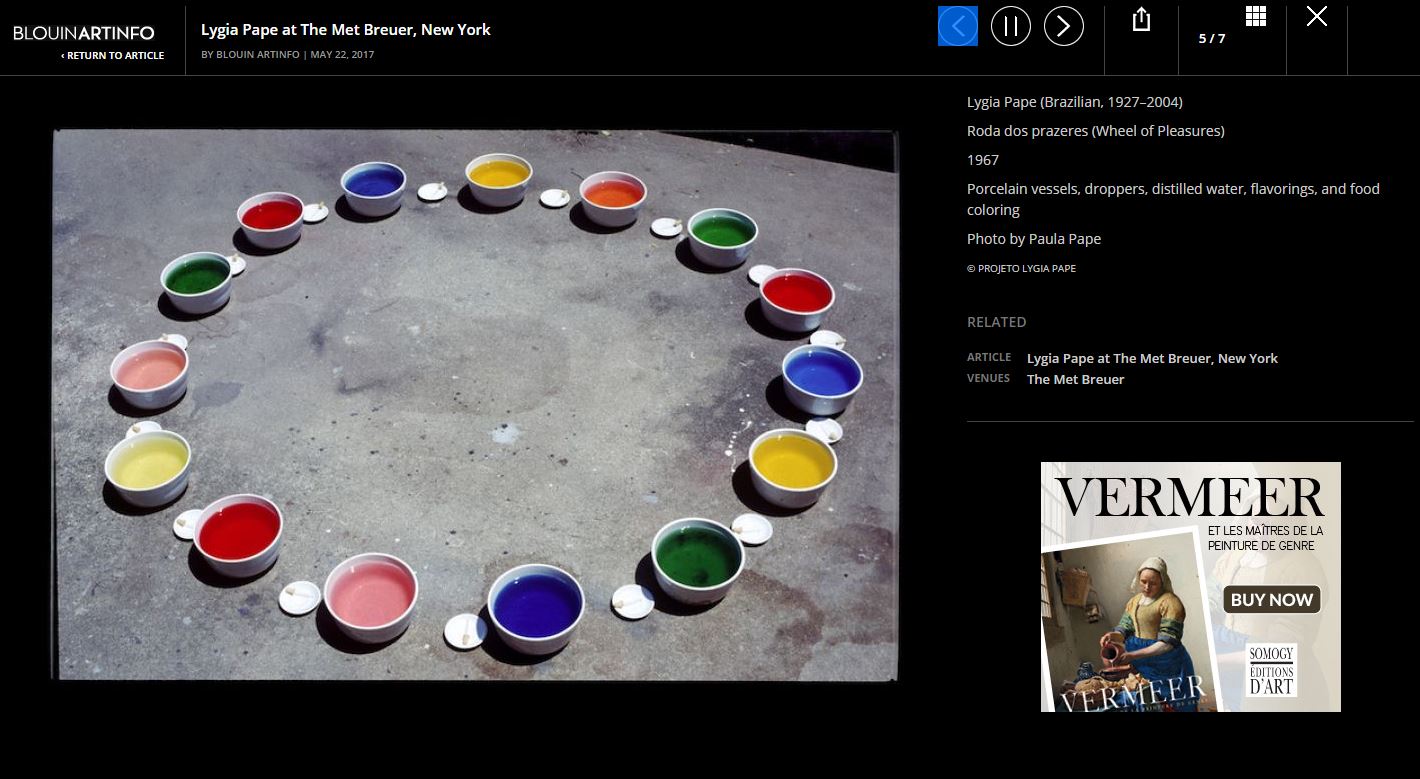 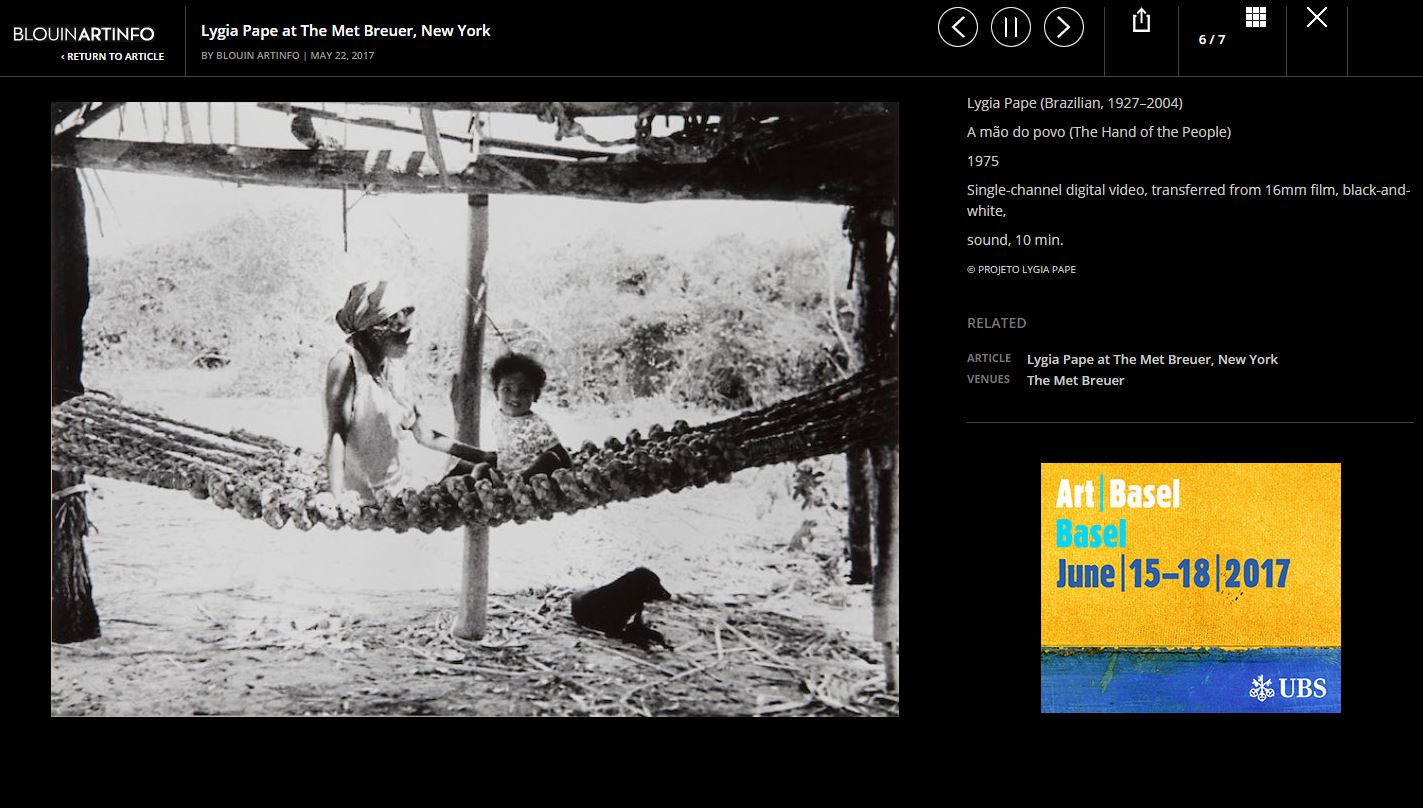