"These have been the most horrible months of my life, and the lives of every Ukrainian," she told Vogue. "Frankly I don't think anyone is aware of how we have managed emotionally. We're looking forward to victory. We have no doubt we will prevail. And this is what keeps us going," Zelenska said.

In both her professional and private life, Zelenska prefers "being backstage." Despite this, since husband Volodymyr Zelenskyy's 2019 election — and even more recently when Ukraine entered the global spotlight — she has been thrusted further into view to engage in frontline diplomacy. Unwavering in her support for Ukraine's freedom, she admitted that "moving into the limelight was quite difficult."

Last week, Zelenska flew to Washington, D.C. to meet with President Joe Biden and first lady Jill Biden. After her meeting, she asked Congress "for something I would never want to ask for: I am asking for weapons — weapons that would not be used to wage a war on somebody else's land but to protect one's home and the right to wake up alive in that home."

RELATED: Ukrainian First Lady Says Her Son, 9, Took Dance and Piano Lessons Before War — Now He Wants to Be a Soldier Zelenska requested arms to protect Ukraine from the constant Russian aggression that has taken over large parcels of Ukrainian territory and displaced over 15 million people, with an estimated 7 to 9 million having left the country, according to the Brookings Institute.

While President Zelenksyy is tasked with strategically and safely mobilizing the country, Zelenska focuses on Ukrainian's well-being and mental health. She is spearheading an initiative to train mental health practitioners and first-line responders to provide the best psychological trauma care during Russia's "war of extermination." She added that her initiative seeks "to improve mental health in the nation."

RELATED: First Lady of Ukraine Opens Up About War in Exclusive Robin Roberts Interview: 'Don't Get Used to Our Pain'

Zelenskyy told Vogue that Ukrainian role models need to stay in the country, saying, "I can do it for one part of our people, for a significant part," and continued, "but for women and children, my wife being here sets an example. I believe that she plays a very powerful role for Ukraine, for our families, and for our women." RELATED: How a Ukrainian Summer Camp Is Giving Kids Displaced by War a Second Chance at Childhood

Since the war began, members of the first family have been targets for Russia. When asked how they are managing the stress of being watched, Zelenska wearily said, "I can't think about it too seriously, because otherwise I would become paranoid."

In the beginning months, as the family shifted between secure locations, Zelenska's days were filled with caring for their children, helping organize online school, trying to take their minds off the war, and rereading George Orwell's 1984.

"It's a horrible coincidence. It's a picture of what is happening in Russia these days," Zelenska said of the dystopian novel. The Ukrainian couple have been separated numerous times for security reasons.

Never miss a story — sign up for PEOPLE's free daily newsletter to stay up-to-date on the best of what PEOPLE has to offer, from juicy celebrity news to compelling human interest stories.

Zelenskyy said of his wife, "of course she is my love. But she is my greatest friend."

He added, "She is also a patriot and she deeply loves Ukraine. It's true. And she is an excellent mother."

The Russian attack on Ukraine is an evolving story, with information changing quickly. Follow PEOPLE's complete coverage of the war here, including stories from citizens on the ground and ways to help.

All Topics in Politics 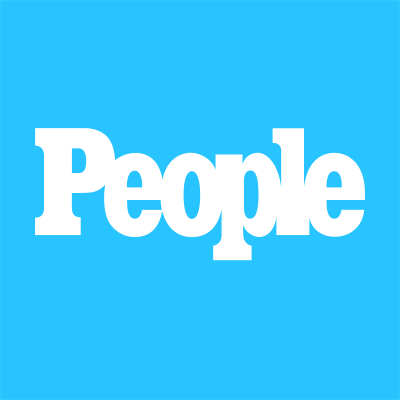 Scroll Down For the Next Article

Ukrainian First Lady Says Her Son, 9, Took Dance and Piano Lessons Before War — Now He Wants to Be a Soldier Ukrainian first lady Olena Zelenska is concerned about her son's new desire to become a soldier.

"Before the war, my son used to go to the folk dance ensemble. He played piano. He learned English. He of course attended sports club," Zelenska, 44, told NBC News' Peter Alexander through a translator on Wednesday.

Now, she said, like most boys in Ukraine, "the only thing he wants to do is martial arts and [learn] how to use a rifle."

RELATED: How a Ukrainian Summer Camp Is Giving Kids Displaced by War a Second Chance at Childhood

The first lady expressed that her priority is the safety of the people of Ukraine, and a return of some sense of normalcy for kids and families amid the war with Russia. "And that's what I really want to ensure, is that the childhood of my son is given back to him and that he enjoys his life to the fullest," she told Alexander.

Zelenska and Ukrainian President Volodymyr Zelenskyy have two children, an 18-year-old daughter and a 9-year-old son. RELATED: Ukraine's First Lady Takes a Stand amid Russian Invasion: 'I Will Not Have Panic and Tears'

This week, Zelenska headed to Washington, D.C., marking her first trip to the United States since the war began.

On Wednesday, Zelenska spoke to the U.S. Congress. "We want everybody and every mother to be able to tell their child, 'go to sleep peacefully, there will be no more air strikes, no more missile strikes.' Is this so much to wish for?" Zelenska said during her appeal for more aid in ending the war.

The first lady of the United States, Dr. Jill Biden, met with Zelenska at the White House one day prior, where the two had a private meeting. The two spoke about "the United States' continued support for the government of Ukraine and its people as they defend their democracy and cope with the significant human impacts of Russia's war, which will be felt for years to come," according to the White House.

RELATED: Zelenskyy Opens Up About Family, the War and Secretly Venturing Out of His Compound amid the Fighting

Zelenska and Biden, 70, first met in person during her surprise visit to Ukraine in May to show support for the country during its ongoing war with Russia. They met on Mother's Day in Uzhhorod, a small city in western Ukraine near the Slovakian border, at a school housing individuals affected by the war.

Never miss a story — sign up for PEOPLE's free daily newsletter to stay up-to-date on the best of what PEOPLE has to offer.

"I wanted to come on Mother's Day," Biden told Zelenska, according to the AP. "I thought it was important to show the Ukrainian people that this war has to stop and this war has been brutal and that the people of the United States stand with the people of Ukraine."