We all want to be better. Better at our jobs, better lovers,happier overall...but it's easier said than done thanks to how easily our emotions and willpower get swayed by everyday life. But if you learn how to avoid those pitfalls, your life will suddenly get a whole lot better.

And so, with a little help from Entrepreneur, Psychology Today, and a good bit of research by yours truly, here are 10 expert ways to be a mentally stronger person.

1. DEAL WITH YOUR EMOTIONS

Take a minute to think about what you do when you’re feeling some unsavory emotions. Do you bury yourself in your bed and sleep for hours when you’re sad? Do you binge eat when you’re stressed? Grab a bottle and start drinking when you’re angry?

While we’re all guilty of doing at least one of those things, none of them are really good for actually dealing with our emotions and working through them in a healthy way. That’s why, to be a mentally stronger person, you need to learn better coping skills. Instead of self-medicating or engaging in other self-destructive behaviors, try some of these:

Instant gratification is something we all love. However, science tells us that delaying it is so, so important for success, and only those who have the willpower to keep from indulging in a moment’s enjoyment reap the successes later on.

Here’s some research to support this: In one of the most famous psychological studies of all time, called the Stanford Marshmallow Experiment, researchers at Stanford University tested the willpower of children by giving them a marshmallow before leaving the room for 15 minutes. The children were told that they could eat the marshmallow immediately, but if they waited until the researcher returned, they’d get a second one.

The children who patiently waited those agonizing 15 minutes and got a second marshmallow went on to be more successful in life than those who couldn’t resist, and had higher SAT scores, more successful careers, and even lower BMIs.

For many of us, saying no is pretty damn hard. But research from the University of California in San Francisco revealed that the harder it is for you to say no to people, the more likely you are to be stressed, get burnt out, and even depressed. And that’s not good.

That said, mentally strong people don’t have a problem saying no, which keeps them from overcommitting themselves. If you say yes to things you don’t want to do, or every time someone asks you for help or invites you somewhere, you won’t have any time for yourself, nor will you be happy.

Long story short, try to incorporate the word “no” more into your vernacular. Your mind and body will thank you.

4. GIVE UP BAD HABITS

In order to be a mentally strong person, you need to ditch your bad habits ASAP, because you can’t move forward with them weighing you down. Some of the absolute worst habits to kick include:

Once you get rid of those toxic habits, your life will get exponentially better. Trust.

If you fuck up or something goes wrong, do you play the blame game? Or do you take responsibility for what happened?

Even though it’s often easiest to throw blame on others, it’s never a good thing. For example, if your girlfriend gets upset with you often about a certain thing you do – for instance, not being thoughtful -- and you find yourself blaming her for starting a fight and making you feel bad, try thinking about it from her perspective. What did or didn't you do that made her upset?

Taking responsibility for your problems is incredibly empowering and so, so important to building mental strength, because only then will you be able to learn from your mistakes and avoid them in the future, solve problems, and be more successful.

Thanks to a little something called the self-fulfilling prophecy, being your own worst critic is one of the worst things you can do to yourself. Those negative thoughts only set you up for failure, so instead of judging and criticizing yourself and expecting the worst outcome of a situation, try to force yourself to believe that you’re going to succeed in anything you do.

However, if those pesky negative thoughts persist, take a minute to really think about them, and odds are you’ll realize that some of them are completely irrational.

Life, my friend, is a giant bitch. As you already know, no matter how hard we try to avoid it, this beautiful thing called life flings some serious horse shit our way, and we simply need to roll up our sleeves and deal with it.

But here’s the difference between people who possess great mental strength versus those who don’t: Mentally strong people deal with their sorrows and problems gracefully and focus on what they’re grateful for, whereas those who aren’t wallow in self-pity…which is never, ever productive.

So, to be a mentally stronger person, work on training yourself to practice gratitude for all of the wonderful things in your life, and you can do it by something as simple as keeping a little notepad next to your bed and writing down three things you’re thankful for before going to sleep. As cheesy as it sounds, it’s one of the most effective ways to be a stronger, happier person.

"People who are optimistic are more committed to their goals, are more successful in achieving their goals, are more satisfied with their lives, and have better mental and physical health when compared to more pessimistic people," says Dr. Suzanne Segerstrom,, a professor of psychology at the University of Kentucky, strongly implying that optimistic people are of the mentally strong variety. That's why you should be an optimist.

But even if you're not naturally the most optimistic person in the world, here's a scientific way to fake it 'til you make it.

Ever heard of something called the Facial Feedback Hypothesis? First suggested by Charles Darwin, it states that facial movement can influence and alter emotional experiences, just as emotions cause facial expressions. This means that emotions and facial expressions essentially operate in a feedback loop, so, based on this, simply forcing yourself to smile and laugh can create an emotional shift and take you from neutral or even gloomy to happy!

9. DON’T WORRY ABOUT PLEASING OTHERS

Many of us tend to try to please and seek the approval of others in the things we do, even if we say we don’t care what others think. This is a natural biological defense mechanism to protect us from the emotional pain of rejection, however, living your life as a people-pleaser won’t make you truly happy since you won’t be living an authentic life the way you want.

Mentally strong individuals have the guts to express how they truly feel and act how they want to, even if it isn’t popular with everyone else. It won’t happen overnight, but try doing and saying things you actually want. If you don’t want to hang out with your friends that night, tell them. If you feel like singing along to “Call Me Maybe” when it comes on at the bar, by all means, sing your heart out. That stuff takes courage, and trust me when I say people will respect your giant balls for actually doing what no one else can do.

As we all know, the things we want in life don’t magically appear in front of us, and sometimes, we need to really work for those things. And I’m talking blood, sweat, and tears. That’s why only the mentally strong achieve what they want – they’re willing to endure that pain, explains an article in Entrepreneur.

As Teddy Roosevelt once said, “Nothing in this world is worth having or worth doing unless it means effort, pain, difficulty.” 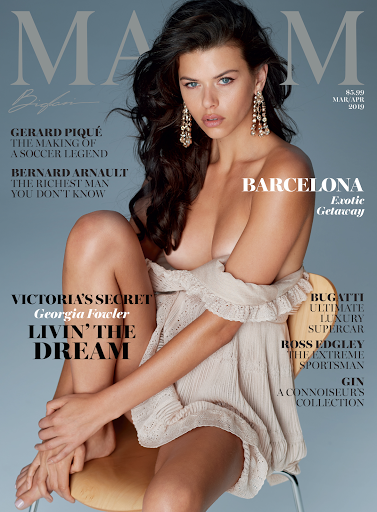