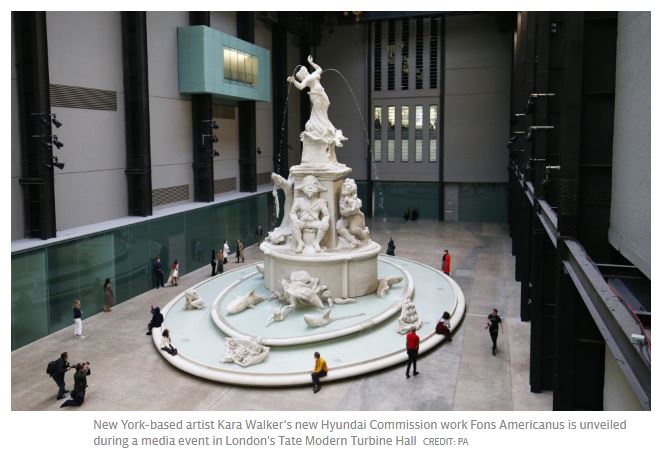 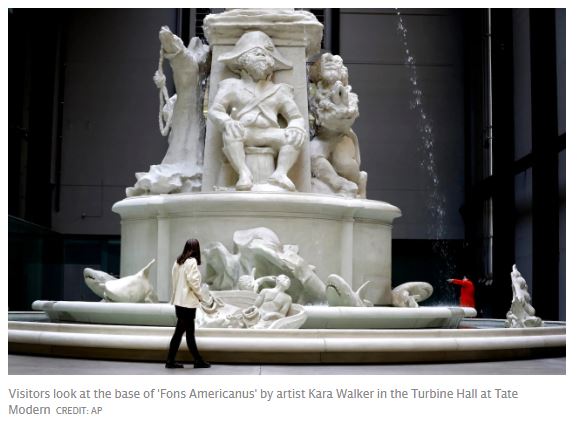 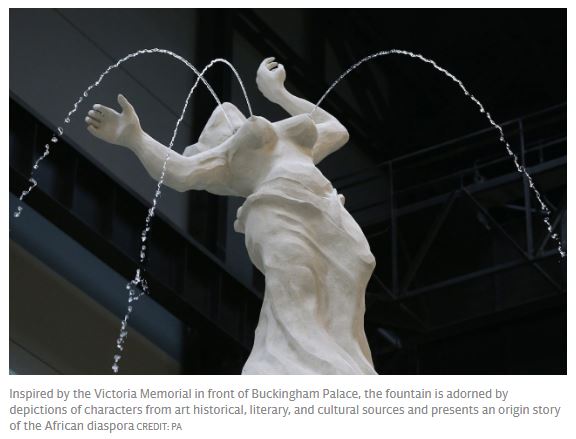 At first, it looks like an old-fashioned public monument: a pile-up of figures, seemingly carved from creamy Portland stone, culminating in a fountain spouting water into a pair of shallow oval basins at its base, almost 40ft below.
A second glance, though, reveals that something is clearly “off”. Is that a hangman’s noose dangling from a tree stump? And aren’t those sharks emerging from the water?
A snorkeler performing a frantic front crawl attempts to swim for safety. Watch out if you happen to sit down on the outer basin’s lip.
This is “Fons Americanus”, the latest artwork in the annual Hyundai-sponsored series to fill Tate Modern’s cavernous Turbine Hall: a fully functioning, fantastical, 42ft-high fountain, by the 49-year-old American artist Kara Walker, which explicitly creates a burlesque version of the Victoria Memorial in front of Buckingham Palace.
A joyful skit, too, on Baroque fountains across Europe (Walker once spent a couple of months in Rome, and the Trevi Fountain is another reference point), it emanates wit and mischief and superficial razzle-dazzle.
Ultimately, though, as a piece of sculpture, I found it off-putting and underwhelming.
Until 2014, when she filled an empty sugar factory in Brooklyn with a gigantic, sugar-coated sphinx-like woman, glowing white, Walker wasn’t known for monumental sculpture at all.
Rather, she made her name working in a much quainter, and tinier, medium: black cut-paper silhouettes.
Delicately fashioned, yet scabrous in content and effect, Walker’s brilliant silhouette tableaux dramatize the violent, complex, relentlessly depressing history of slavery and the origins of African-American identity.
Some of their raunchy spirit infuses Walker’s new work, too, which is, in fact, made from cork coated with a gypsum-like substance to resemble stone.
For instance, two of the fountain’s three jets stream from the nipples of a voluptuous Venus at its apex, an Afro-Brazilian or Caribbean priestess bursting forth from a box in the manner of a stripper emerging from a cake.
The equivalent figure, by contrast, in Thomas Brock’s Beaux-Arts Victoria Memorial, which was completed in 1924, is an elegant, gilded-bronze Winged Victory.
Meanwhile, Brock’s plump Queen Victoria becomes, in Walker’s tongue-in-cheek riff, an exuberant, enigmatic black woman in a headdress, hiding a hunched, crouching figure, representing melancholy, within her skirts.
Some viewers may be irritated that Walker has co-opted and lampooned an edifice of the British Empire to make a political point about the horrors of colonialism. Turner’s Slave Ship of 1840 is one of many allusions within her new work.
The thing is, she goes about her task with such gusto, and in such an engagingly playful manner, that it’s hard to resist her critique. Besides, this sort of broadside against colonialism is now so routine within the art world as to be no big deal.
No, my beef with Fons Americanus (the work’s complete, archly antiquarian title is painted on a wall and would fill almost an entire page) isn’t the thinking behind it so much as its execution and effect.
The piece’s scale, for instance, is ill thought through: no doubt, Walker’s fountain looked convincing as a model, but, enlarged to this size, it appears, frankly, overblown.
Moreover, while Walker wants the piece to have a provisional feel, as though it were roughly modelled from wet clay, its monochrome surfaces have, to my eyes, a horribly bland and soapy quality. Too much of the sculpture’s texture is flat, plain, and boring.
As for those sharks, which apparently allude to Damien Hirst’s famous, formaldehyde-preserved tiger shark (um, why?): they look disconcertingly cartoonish and rubbery, as though they were salvaged from a film set – or, perhaps, the forecourt of a Las Vegas hotel.
Walker might counter that the overarching Disneyworld effect is deliberate: she sugar-coats dark, difficult passages of history, which we might prefer to forget, so that we engage with them.
But I couldn’t help reflecting that her ambitions, here, have been somewhat undermined by production values that feel, unfortunately, a little cheap.
From Oct 2 until April 5; information: 020 7887 8888 tate.org.uk
-- 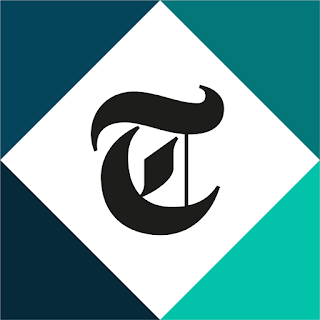 Art Industry News: Florence’s Uffizi Gallery Is Under Fire for Comparing a Pretty Instagram Influencer to Botticelli’s ‘Venus’ + Other News

Plus, Trump removes Clinton and Bush's presidential portraits from the White House entrance hall and Adam Szymczyk gives his first interview since 2017.
Artnet News, July 21, 2020
Art Industry News is a daily digest of the most consequential developments coming out of the art world and art market. Here’s what you need to know on this Tuesday, July 21.

The Uffizi May Be a Little Too Online – The storied Italian museum has been gaining a new audience with its irreverent TikTok videos. But now, it may have taken things a little too far. After influencer Chiara Ferragni, who has millions of followers on social media, visited the Uffizi for a magazine photo shoot, the museum posted an image of her in front of Botticelli’s Birth of Venus, calling her “a sort of contemporary divinity in the social era.” Some felt the comparison cheapened the great work of art and that the museum was reducing itself to a photo set. Still, the Uffizi’s director stands by the strategy as a way to draw in new audiences. “The Uffizi don’t need Chiara Ferragni, and she doesn’t need the Uffizi,” Schmidt told La Repubblica on Sunday. “The important thing is to create a cross-over, to spark a dialogue.” (Telegraph)

Florence's Uffizi Gallery has been accused of dumbing itself down after comparing a social media influencer to Botticelli's Birth of Venus.
Chiara Ferragni, who has millions of followers on social media, posed in front of some of the most highly regarded Renaissance masterpieces, including Sandro Botticelli's Birth of Venus, sparking criticism that great art was being used as a mere backdrop for Instagram pictures.
The Uffizi has enthusiastically embraced social media, using TikTok to present irreverent clips involving some of its most famous works.
In its official Instagram post, the Uffizi Gallery compared the Renaissance’s prototype of “blonde-haired woman with diaphanous skin” - embodied by Botticelli’s Venus - to Ferragni, calling her “a sort of contemporary divinity in the social era.”
The comparison irritated many of the Uffizi’s traditional fans, who said the museum was reducing itself to a set, shifting the attention from its masterpieces. Ferragni visited the museum during a photo shoot for the fashion magazine Vogue.
Eike Schmidt, the gallery's director, defended the initiative, saying it was part of the museum’s more “democratic” strategy to attract a wider and younger audience by using social media.
Mr Schmidt noted that the museum’s post received 2,000 negative reactions, but also 30,000 likes in just 24 hours.
“The Uffizi don’t need Chiara Ferragni, and she doesn’t need the Uffizi,” Schmidt said in an interview with Italian daily La Repubblica on Sunday. “The important thing is to create a cross-over, to spark a dialogue.”
Mr Schmidt has been credited with successfully renewing the museum’s image and helping it make more money.
But the museum, as many other cultural landmarks, faces a dramatic fall in the numbers of international visitors due to the effects of the coronavirus pandemic.   Italy’s tourism industry amounts to 13 per cent of the country’s output, but it has been brought to its knees by lockdown measures and travel restrictions imposed to contain the outbreak. 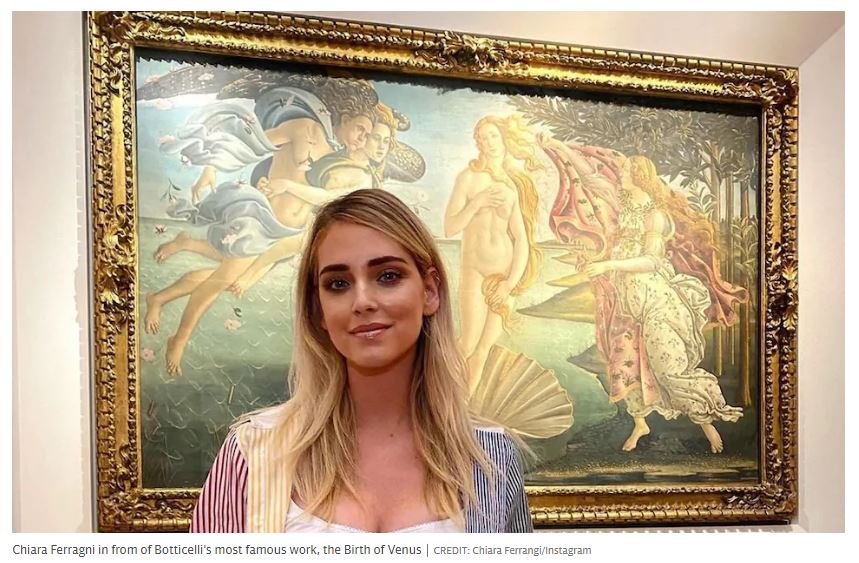 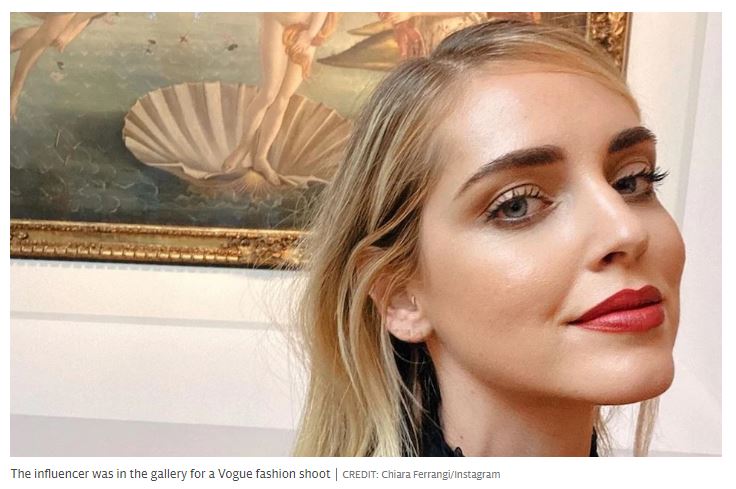 Related Topics
Posted by Cabecilha at 3:57:00 PM No comments: