Why Is U.S. Health Care So Expensive? Some of the Reasons You’ve Heard Turn Out to Be Myths

Maybe the United States health care system isn’t that bizarre after all.
Compared with peer nations, the United States sends people to the hospital less often, it has a smaller share of specialist physicians, and it gives people about the same number of hospitalizations and doctors’ visits, according to a new study. The quality of health care looks pretty good, it finds, while its spending on social services outside of health care, like housing and education, looked fairly typical.
If you’ve been listening to many of the common narratives that seek to explain the high costs of America’s health system and the nation’s relatively low life expectancy, those results might surprise you. Analysts are fond of describing the system as wasteful, with too many patients getting too many services, driven by too many specialist doctors and too few social supports.
But a large and comprehensive review in The Journal of the American Medical Association punctures a lot of those pat explanations. The paper, conducted by a research team led by Ashish Jha, compiled detailed data from the health care systems of the United States and 10 other rich developed nations, and tried to test those hypotheses. The group included nations with single-payer health care systems, like Britain and Canada, and countries with competitive private insurance markets, like Switzerland and the Netherlands.
Dr. Jha, the director of the Harvard Global Health Institute, said he came to the project with a sense of the conventional wisdom about how the United States differed from its peers. But, after assembling the data from the countries’ health ministries, he changed his mind about a number of key assumptions.
ADVERTISEMENT
“We know we spend a lot more than everyone else, and we have looked for easy explanations — things like greed in the system, fee-for-service medicine, overutilization,” he said. But the research, he said, didn’t match his expectations. “I’ve been looking at other countries and seeing there’s a lot of fee-for-service in other countries, and other countries are struggling with overutilization.”
When it came to many of the measures of health system function, the United States was in the middle of the pack, not an outlier, as Dr. Jha had expected. Many analysts have called for the country to shift its physician training away from specialty care and toward more primary care medicine, for example. But the study found that 43 percent of U.S. doctors practice primary care medicine, about typical for the group.
You have 1 free article remaining.
Subscribe to The Times
It’s often argued that patients in the United States use too much medical care. But the country was below average on measures of how often patients went to the doctor or hospital. The nation did rank near the top in its use of certain medical services, including expensive imaging tests and specific surgical procedures, like knee replacements and C-sections.
The data are consistent with other evidence that health care systems are beginning to converge, as information and technologies spread around the world among doctors and administrators.
Bruce Landon, a professor of policy and medicine at Harvard Medical School, said that the complaints about rising health care costs are a worldwide issue. Even though other countries spend less than the United States, few believe they have found a way to tame spending forever.
ADVERTISEMENT
“I don’t think there’s any of these countries where if you went and talked to them individually, they wouldn’t say they’re having a health care cost crisis,” he said. “They’re all struggling with paying for new technology and the cost of the system.” 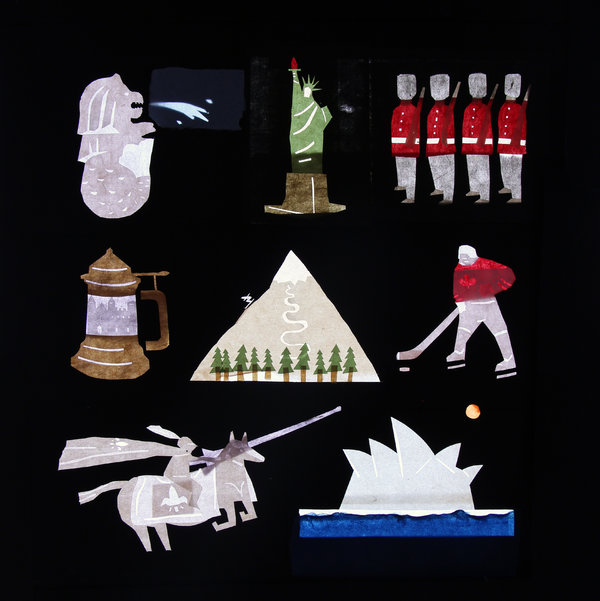 The Best Health Care System in the World: Which One Would You Pick?

Assessing the systems in eight countries can inform the debate in the U.S. over universal coverage.
Sept. 18, 2017
The data did not suggest that any country had a plug-and-play policy template for devising a lower-cost, high-performing system. The systems tended to perform better than the United States on some measures and worse on others, with lots of idiosyncrasies.
Some experts who reviewed the results wondered about the accuracy of all the paper’s data points, which were numerous and drawn from an array of international sources. Dr. Jha acknowledged that the numbers may not be perfect but described the effort as careful and more comprehensive than previous comparisons.
There were two areas where the United States really was quite different: We pay substantially higher prices for medical services, including hospitalization, doctors’ visits and prescription drugs. And our complex payment system causes us to spend far more on administrative costs. The United States also has a higher rate of poverty and more obesity than any of the other countries, possible contributors to lower life expectancy that may not be explained by differences in health care delivery systems.
Just because other countries use the hospital more doesn’t mean that every hospitalization in the United States is appropriate. Jonathan Skinner, a professor at Dartmouth, who has studied patterns in health care use in the United States, noted that there probably is money to be saved by eliminating some of the extra scans and operations that are much more common in the United States than elsewhere.
“It’s not that we’re buying more pizzas, we’re just paying more for each pie,” Dr. Jha said. “But that doesn’t mean that you can’t still buy fewer pizzas.”
Margot Sanger-Katz is a domestic correspondent and writes about health care for The Upshot. She was previously a reporter at National Journal and The Concord Monitor and an editor at Legal Affairs and the Yale Alumni Magazine. @sangerkatzFacebook

More in The Upshot

Medicare Doesn’t Equal Dental Care. That Can Be a Big Problem.

Most Americans Produce Services, Not Stuff. Trump Ignores That in Talking About Trade.

How a Police Chief, a Governor and a Sociologist Would Spend $100 Billion to Solve the Opioid Crisis

The Evolution of One of Fiction’s Gay Liberators

As Subway Crisis Takes Up Oxygen, the Buses Drag Along