SHARE
There’s nothing Tom Blachford won’t do to get the perfect shot: whether it be stealing onto a property in the dead of the night to unscrew an irksome lightbulb, or, in the case of his latest project, Nihon Noir, commandeering a 15-strong crew of highway repairmen to take him 20m into the air to capture the Nagakin Capsule Tower in Tokyo from an otherwise-impossible angle. The Melbourne-based photographer leaves little to chance, and even less to the editing room.
Blachford has been on our radar since Midnight Modern, his marvellous moonlit series of mid-century Palm Springs houses. The night-crawling artist has a knack for teasing out the uncanny, most recently travelling to Bolivia to capture Freddy Mamani’s fantastical buildings. Last year, Blachford was approached by Asahi Beer Australia and given an open brief to show a different side to Tokyo. ‘My goal for the series was to communicate the feeling that struck me the first time I visited Tokyo, that somehow you have been transported to this advanced and amazing parallel universe,’ says Blachford. ‘I wanted to inject some mystery into the city and have the images be as confusing and mysterious as the place feels to me every time I visit.’
The Australian photographer cites the ‘hyper-saturated palette’ of film director Nicolas Winding Refn as one inspiration for Nihon Noir – though it’s Blachford’s palpable homage to neo-noir sci-fi classic Blade Runner that ultimately shines. ‘The art direction and premise set out by the futurist Syd Mead is so dense and well thought out. We are two years away from the 2019 in which [Blade Runner] was set, and although we don’t live in off-world colonies just yet his subtle predictions about how our cities would grow are becoming true,’ Blachford told us. ‘The external augmentation of our buildings with air conditioners, pipes, ducts and cables as well as the density of the high rise buildings feel very much within what he predicted.’
image: https://cdn.wallpaper.com/main/tom-blachford-nihon-noir-07a.jpg?utfMb.hd9qTctDPrI2HykAytyRLMv4fG

Detail of colours, textures and patina in Shinjuku
Japanese architecture certainly has its quirks. Tokyo’s skyline is a buffet of modern glass towers, and offbeat vestiges of architectural styles. ‘A few names popped up [in my research] – Shigeru Ban and Tadao Ando, of course – but the one that resonated with me most was Kenzō Tange,’ Blachford muses of the Pritzker Prize-winning architect’s work, which he described as ‘jaw dropping’. ‘I started researching some of his work which took me deeper into a study of the Metabolist movement that he was such an integral part of. I also stumbled across some later postmodern work from the 1990s, which just had the perfect futuristic feel.’
For six days straight, from 9pm until sunrise, Blachford trawled Tokyo accompanied by a videographer, working through a list of 20-odd buildings he had plotted on Google Maps. Through Blachford’s lens, Kiyonori Kikutake’s vast, cantilevered Edo-Tokyo Museum looks more monumental than ever, while the battleship profile of the New Sky Building looms large in another image. Even more intriguing are the detail shots of Tokyo, a textural treat of colours and patina. ‘In the end I couldn’t resist throwing a few tighter scenes into the shots of vistas that I just thought were impossibly beautiful scenes to find in such a dense urban environment,’ he says
The result is a series that finds an almost serene sense of order in the chaos of Tokyo. ‘It was a laser-focused mission,’ adds Blachford, ‘which I feel is easier to complete in a country like Japan where it seems everyone is so endearingly single-minded and hardworking towards to pursuit of perfection.’
The title of this work, Deckard’s Den, is a direct nod to Blade Runner. Photography: Tom Blachford
Fuji TV Headquarters, 1990-96, designed by Kenzō Tange. Photography: Tom Blachford
Nakagin Capsule Tower, 1972, designed by Kisho Kurokawa. Photography: Tom Blachford 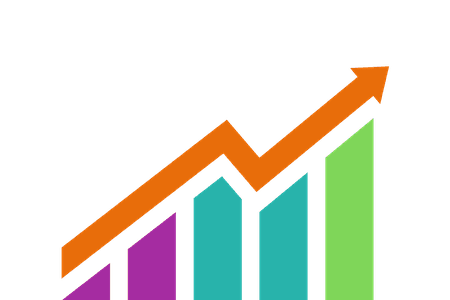 Stocks
By Eric Rosenberg
The most successful and legendary investors have stories of turning thousands of dollars into millions, and millions into billions. These investment greats may be billionaire hedge fund managers and CEOs today, but that doesn’t mean they didn’t make a few stumbles along the way. Here are lessons from the most successful investors biggest mistakes.

Carl Icahn is the founder and majority shareholder of Icahn Enterprises, a diversified investment firm bearing his name.
He currently has a net worth of $15.9 billion. His NYU and Princeton education certainly didn’t hurt his investment prowess. Icahn rose to fame in the 1980s as a feared corporate raider, an investor who buys meaningful stakes in large companies, replaces management, and earns a profit through leveraging assets and making over the business.
Icahn attempted to pull off such a coup with Blockbuster, the now-shuttered video chain that was once one of the best known entertainment companies in America. We all know how the Blockbuster story ended. Thanks to competition from a startup called Netflix and other online options, Blockbuster went down the tube. His total investment was worth over $112 million in its peak with an average share price around $8 per share. He sold out in March 2010 at an average price of 26 cents per share. Ouch!

Legendary investor Warren Buffett has been so successful in his career that he earned the nickname “Oracle of Omaha.” He made his first stock market investment at 11 years old, and now, at 86 years old, has amassed a fortune worth $74.1 billion, making him the world’s second richest individual.
The majority of his net worth lies in shares of his company, Berkshire Hathaway, where he has been CEO for more than fifty years.
Buffett has made several bad bets in his day, but he says his worst was on… Berkshire Hathaway. Buffett broke some of his own rules in the emotional negotiations for Berkshire Hathaway, then a textile company, in 1964.
In a 2010 interview with CNBC, Buffett explained that the purchase of the company, which would ultimately close but leave its name behind on Buffett’s company, had likely cost him $200 billion in the long-run. Buffett doesn’t take this opportunity cost lightly, and looks at the Berkshire Hathaway deal as his worst investment.

Harvard-educated Bill Ackman is the leading investor at Pershing Square Capital Management. In his time as an investor, Ackman has amassed a $1.4 billion fortune. The hedge fund manager considers himself an activist investor, but many others in the investment community consider him a contrarian investor, as he has taken many positions against the success of companies, such as in his high-profile battle with Herbalife.
While just a few years ago Pershing Square was quite successful, earning Ackman both praise and fame, his investment in pharmaceutical firm Valeant is known as a major failure. Ackman bet that Valeant would be quick to release a blockbuster drug that would line investors’ pockets with cash, and when delays and poor performance signaled doom and gloom ahead, Ackman doubled down and increased his investment. That, added to his earlier investments, led to a $4 billion loss when he liquidated his position in early 2017.

One name stands out on this list against the others. While Icahn, Buffett, and Ackman made their money in hedge and investing for their own companies, Howie Hubler was a no-name trader at Morgan Stanley who rose to lead a highly profitable group selling insurance on AAA-rated mortgage backed securities. His trading account at Morgan Stanley grew to a massive level after he instructed his team to sell $16 billion in credit default swaps.
Hubler is credited with a $9 billion loss for Morgan Stanley, the biggest investment loss in history. This loss highlights the worst of the causes of the Great Recession from Wall Street traders, who were investing heavily in instruments they turned out to not understand. Hubler was paid tens of millions of dollars for his part in the loss, a much better outcome than the previously mentioned investors who owned significant stakes in their investment portfolios.

Even the Best Investors Have Bad Days

If you have lost a few hundred here or there on bad investments, don’t be too hard on yourself. You could have lost a billion, or nine! While these investor stories show the worst decisions from some noteworthy individuals, they have all enjoyed wonderful, successful careers, with the exception of Hubler.
Even the best of the best make decisions that they regret when investing. Thanks to smart diversification and good business planning, Icahn, Buffett, and Ackman have all moved on to make many more great investment calls. But it must be humbling to see a ten-figure loss in your investment account. If you play your cards right, any major investment loss you incur should be offset with gains. For smart investors with a well-constructed, diverse portfolio, a loss or two is nothing big to worry about.
Posted by Cabecilha at 2:25:00 PM No comments: