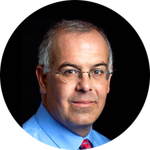 
Why is everybody leaving Madrid?
First, it was Irina Shayk... now this guy Casillas...
What do they have in common?
Madrid CF and Cristiano Ronaldo, known to his pals as Christie Ronnie. So... (??)
And then it hit me: why does CR show up all the time on tv doing hair commercials... namely that linic crap for dandruff??!!
The guy must have a nasty scalp! (o Google simpaticamente traduziu para "O cara deve ter um couro cabeludo desagradável!" Get it?:))
And that skinhead job on the left side of the creature's skull?!
That was the only solution after CR suffered a humongous attack of the dandruff roaches!!
On a scale of 1 to 7, Christie Ronnie has a dandruff level of... you know... CR7, right? :)
So, poor ex-girlfriend Irina... shake your booty and run!
And goalkeeper (rhymes with Iker) Casillas was in dire straits too: on goal or on the bench the wind blew white powder his way!!
"Enough white" he sentenced, "I've got the blues!"
So, poor ex-colleague Casillas... changed casa!
Christie Ronnie, in the meantime, shouted for a deserted Madrid: "I'm gonna eat the Carbonara!"
Doesn't he know that the "Carbonaria" is well beyond his reach?!
...||...
Jorge Cardoso, on behalf of the Flipados Team (lazy bunch they are)