The world has not learned the lessons of the financial crisis

Has finance been fixed?The world has not learned the lessons of the financial crisis

Banks are safer, but too much of what has gone wrong since 2008 could happen again 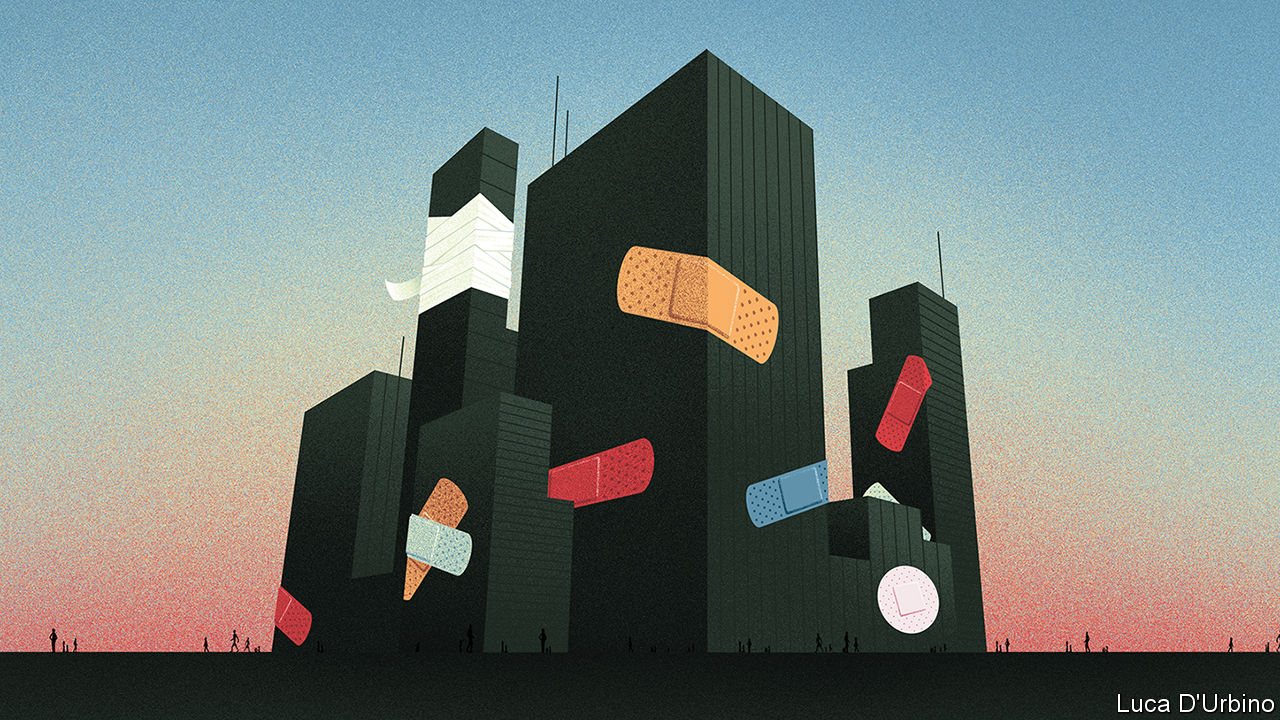 
WHEN historians gaze back at the early 21st century, they will identify two seismic shocks. The first was the terrorist attacks of September 11th 2001, the second the global financial crisis, which boiled over ten years ago this month with the collapse of Lehman Brothers. September 11th led to wars, Lehman’s bankruptcy to an economic and political reckoning. Just as the fighting continues, so the reckoning is far from over.
Lehman failed after losing money on toxic loans and securities linked to America’s property market. Its bankruptcy unleashed chaos. Trade fell in every country on which the World Trade Organisation reports. Credit supplied to the real economy fell, by perhaps $2trn in America alone. To limit their indebtedness, governments resorted to austerity. Having exhausted the scope to cut interest rates, central bankers turned to quantitative easing (creating money to buy bonds).
Just as the causes of the financial crisis were many and varied, so were its consequences. It turbocharged today’s populist surge, raising questions about income inequality, job insecurity and globalisation. But it also changed the financial system (see Briefing). The question is: did it change it enough?

To splurge is human
One way—the wrong way—to judge progress would be to expect an end to financial crises. Systemic banking meltdowns are a feature of human history. The IMF has counted 124 of them between 1970 and 2007. There is no question that they will occur again, if only because good times breed complacency. Consider that the Trump administration is deregulating finance during an economic boom and that the Federal Reserve has not yet raised counter-cyclical capital requirements. Even when prudence prevails, no regulator is a perfect judge of risk.
A better test is whether the likelihood and size of crises can be reduced. On that, the news is both good and bad.
First, the good. Banks must now fund themselves with more equity and less debt. They depend less on trading to make money and on short-term wholesale borrowing to finance their activities. Even in Europe, where few banks make large profits, the system as a whole is stronger than it was. Regulators have beefed up their oversight, especially of the largest institutions that are too big to fail. On both sides of the Atlantic banks are subject to regular stress tests and must submit plans for their own orderly demise. Derivatives markets of the type that felled AIG, an insurer, are smaller and safer. Revamped pay policies should prevent a repeat of the injustice of bankers taking public money while pocketing huge pay-packets—in 2009 staff at the five biggest banks trousered $114bn.
Yet many lessons have gone unlearned. Take, for example, policymakers’ mistakes in the aftermath of the crisis. The state had no choice but to stand behind failing banks, but it took the ill-judged decision to all but abandon insolvent households. Perhaps 9m Americans lost their homes in the recession; unemployment rose by over 8m. While households paid down debt, consumer spending was ravaged.
It has taken fully ten years for the countervailing economic stimulus to restore America’s economy to health. Many of Europe’s economies still suffer from weak aggregate demand. Fiscal and monetary policy could have done more, sooner, to bring about recovery. They were held back by mostly misplaced concerns about government debt and inflation. The fact that this failing is not more widely acknowledged augurs badly for the policy response next time (see Free exchange).
Stagnation has, inevitably, fed populism. And, by looking for scapegoats and simplistic solutions that punish them, populism has made it harder to confront the real long-term problems that the crisis exposed. Three stand out: housing, offshore dollar finance and the euro.

To share divine
The precise shape of the next financial crisis is unclear—otherwise it would surely be avoided. But, in one way or another, it is likely to involve property. Rich-world governments have never properly reconciled a desire to boost home ownership with the need to avoid dangerous booms in household credit, as in the mid-2000s. In America the reluctance to confront this means that the taxpayer underwrites 70% of all new mortgage lending. Everywhere, regulations encourage banks to lend against property rather than make loans to businesses. The risk will be mitigated only when politicians embrace fundamental reforms, such as reducing household borrowing, with risk-sharing mortgages or permanent constraints on loan-to-value ratios. In America taxpayers should get out of the rotten business of guaranteeing mortgage debt. Sadly, populists are hardly likely to take on homeowners.
Next, the greenback. The crisis spread across borders because European banks ran out of the dollars they needed to pay back their dollar-denominated borrowing. The Fed acted as lender of last resort to the world, offering foreigners $1trn of liquidity. Since then, offshore dollar debts have roughly doubled. In the next crisis, America’s political system is unlikely to let the Fed act as the backstop to this vast system, even after Donald Trump leaves the White House. Finding ways to make offshore dollar finance safe, such as pooling dollar reserves among emerging-market countries, relies on international co-operation of the type that is fast falling out of fashion.
The rise of nationalism also hinders Europe from solving the euro’s structural problems. The crisis showed how a country’s banks and its government are intertwined: the state struggles to borrow enough to support the banks, which are dragged down by the falling value of government debt. This “doom loop” remains mostly intact. Until Europe shares more risks across national borders—whether through financial markets, deposit guarantees or fiscal policy—the future of the single currency will remain in doubt. A chaotic collapse of the euro would make the crisis of 2008 look like a picnic.
Policymakers have made the economy safer, but they still have plenty of lessons to learn. And fracturing geopolitics make globalised finance even harder to deal with. A decade after Lehman failed, finance has a worrying amount to fix.