Most Commonly Misused Words in the English Language

Ross Petras and Kathryn Petras, a brother and sister writing team, are the authors of many non-fiction books including the New York Times bestseller You’re Saying It Wrong, That Doesn’t Mean What You Think It Means, Very Bad Poetry, and Wretched Writing.
There are certain words that trip up even the most erudite among us. Some of them sound just like another word that means a completely different thing, others are so close to another word that we (wrongly)  substitute one for the other, and still others are words we think we know the meaning of (but actually don’t),  Here’s a quick look at 10 of the most commonly misused, abused, and confused words in the English language, excerpted from our new book That Doesn’t Mean What You Think It Means, along with actual examples of how not to use them from leading newspapers, web sites, and more. 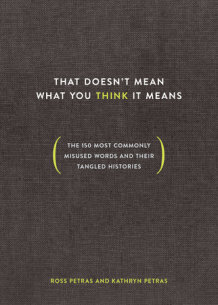 That Doesn't Mean What You Think It Means


1. bemused/amused
“Mr. Obama maintained a placid and at times bemused demeanor . . . as he parried the attacks.”—New York Times
Even the New York Times with its professional copy editors does it (and Times editors cop to it themselves; the above example was included in their After Deadline blog)—using bemused as a presumably erudite way of saying “amused.” This bemuses us, because bemused does not mean “amused;” it means “to find something confusing or perplexing.”
But people who should know better keep using bemused as amused. When we did a quick Google search of news articles with bemused in their headlines, we found only one correct usage of it on the first page of results. Sigh. As Queen Victoria might say, we are not amused.
(Note: Merriam-Webster’s does define bemused as “to cause to have feelings of wry or tolerant amusement.” But it is one of the only major dictionaries to do so and lists this meaning third.)

2. cliché/clichéd
“Changing rooms are so cliché: Courtney Stodden’s pal strips in middle of shop.”—Headline, Daily Star [UK]
This headline is wrong, and not because reality show celeb Courtney Stodden’s pal stripped down to black underwear in the middle of the shop—which, incidentally, was probably not a good idea. We agree with the thought behind the headline, just not the choice of words.
See, cliché is a noun, not an adjective. It is a thing, not a descriptor. Saying “the changing rooms are so cliché” is like saying “the changing rooms are so platitude,” or “the changing rooms are very overused phrase,” because that’s what cliché means. The headline should have said changing rooms are so clichéd, an adjective describing the noun phrase “changing room.”
3. discreet/discrete
“Fashion designers offer discrete ways for women to carry firearms.”
—Chattanooga [TN] Times Free Press
We would like to discreetly point out that there are discrete meanings for discreet and discrete. They are not the same word with a slightly different spelling. Discreet means “capable of keeping secrets or unobtrusive” while discrete means “separate or distinct.” Both are offspring of the same Latin word, discrētus (separate, distinct, like the current discrete), but they evolved to become very distinct words.
But many people nowadays don’t seem to know the difference, thinking that discrete is just another way of spelling discreet. This leads to usages that conjure up fascinating images like this one from a bridal site: “The bodice with a mermaid neckline blends into the back through a discrete short sleeve on the shoulder.” On the plus side, we haven’t seen any reference to the classic film The Discrete Charm of the Bourgeoisie. Yet.

4. grisly/grizzly
“I see the intrigue, the back-stabbing, and the grizzly horror of a good old right-wing food fight.”
—Huffington Post
Stop! We can’t, er, bear it! Not the concept of a food fight, but that grizzly. Unless there was something ursine going on, the word should be grisly.  This is a case of what we call
homophonic horror. Because the two words sound alike, they are confused with one another even though they are spelled differently and mean entirely different things.
Something grisly causes horror or terror, while grizzly means “gray or grayish.” Nowadays, you typically don’t see grizzly used unless referring to the North American bear which was named in 1807 by a member of the Lewis and Clark expedition. A grizzly can cause horror or terror, but isn’t grisly itself.
Yet grizzly for grisly pops up quite often. So we read of grizzly crime scenes (involving no bears) or, our favorite, grizzly zombies, which we were sorry to read were not zombified bears at all, but your run-of-the-mill human zombie.

5. penultimate/ultimate
“[Producer Steven Spielberg was] determined to find an actor from across the pond to play the penultimate American president.”
—Huffington Post story about a planned film biopic about Abraham Lincoln
We don’t think HuffPo meant to say Lincoln was the second to last American president in history, but that’s just what they said . . . because penultimate means “second to last.” But to many of us, penultimate sounds like it’s the ultimate in ultimateness. People often get it wrong, especially when they’re trying hard to sound erudite, since penultimate isn’t one of those run-of-the-mill words one typically slips into conversation. So we get glaring errors like this in a program for the San Francisco Symphony: “All the otherworldly ability that Mozart possessed was brought to bear in the Jupiter Symphony, the final—and perhaps penultimate—symphony he produced.” (Perhaps the symphony knows something quantum mechanical about Mozart that we don’t know . . .)
(If you really want to irritate people, there’s this ultimate “ultimate” word: preantepenultimate, which means the fifth from the last. Linguists indubitably use this word to indicate words that are stressed on the fifth from the last syllable—such as, well, indubitably.)
6. prodigal
“President Obama in Kenya: Prodigal son returns—but can he bring much needed change to his father’s homeland?”—The Independent
Taking the preferred definition of prodigal, this headline can be rewritten as “President Obama in Kenya: Recklessly wasteful spendthrift son returns.” Although we imagine a certain subset of the electorate would enthusiastically agree, we doubt the headline writer meant this.
For many of us, prodigal means “wandering,” not the correct “wasteful.” The problem is that most of us know the word from the New Testament parable of the Prodigal Son about the youngest of two sons “who set off for a distant country and there squandered his wealth in wild living” (Luke 15:13). For some reason, the going to distant parts took hold, the wild living didn’t. But today prodigal meaning wandering has become so often used it’s almost acceptable, although most dictionaries still frown on it.  They don’t frown, however, on using prodigal a bit more in a positive sense, meaning “lavish, luxuriant” as of a mouthwatering peach pie, prodigal with whipped cream that melts into the warm fruit. And neither do we. Now let’s eat.
7. restive/restful
“Here in Siouxland it might be a restive day at the fishin’ hole or a contemplative walk at Bacon Creek.”
—Sioux City [SD] Journal
A restive day at the fishing hole means a strange day of fishing—fidgeting and maybe even straining at restraints, chains, ropes, or controls imposed by outside authorities— more of a BDSM day and not exactly our idea of a peaceful fun time in Siouxland. The writer presumably meant a “restful” day at the fishin’ hole.
Restive looks restful, but it isn’t by a long shot. In fact, you might say that restive means almost the exact opposite of restful, even though it doesn’t look that way. Restive comes from the Latin verb restare,(to remain), and means “difficult to control, nervous, restless,” often with the idea of being externally restrained. Restless, a similar word, means “restive without any external restraint,” but nowadays both words are relatively synonymous. Still, it’s best to try and maintain the helpful distinction between the two. For example, if you say you had a restive night sleeping with your partner, your friendly neighborhood grammarian might think certain things about your bedtime practices you’d rather not broadcast . . .

8. simplistic/simple
“IKEA has many items that are bargains. Not only does it offer affordable and simplistic solutions to home décor and furnishings . . .”
—Living Green and Frugally website
Here’s a simple but not simplistic rule of thumb: simple = good, simplistic = bad. Well, okay, it’s really not as simple as that, but almost.
Simplistic means “characterized by a great deal of simplicity”—which sounds good, but it almost always means too much simplicity, as in an overly simple solution to a complex problem. The writer of the example above was not trying to disparage IKEA home furnishings, but to say they give easy and simple solutions to home decor.
One word of warning: Never modify simplistic with “overly” or similar words. Since simplistic already means overly simple, saying something is “overly simplistic” means something is “overly overly simple” and that is a clear tautology. Of course, that doesn’t mean it’s not all over the place, such as this recent utterance by Apple CEO Tim Cook: “That is overly simplistic, and it is not true.”
9. tough road to hoe/tough row to hoe
“The Senator—who’s retiring this year—admits it’s a tough road to hoe for any conservative to get love from members of the Academy.”
—TMZ
Ask yourself: Can a road ever be easy to hoe? Why bother saying a specific road is metaphorically tough to hoe if all roads are and no ever did or does hoe them?
To make sense, the phrase obviously should be a tough row to hoe, which is the original idiom that comes, naturally enough, from farming. In a cornfield, there are many rows, and some can be much harder to hoe than others. Ask any farmer.
The problem with idioms is that we really don’t think about the meaning of the individual words. Because roads are more common than rows in today’s urbanized world, people commonly (and wrongly) replace row with road. (This kind of substitution is called an “eggcorn,” for “acorn,” and we meet it all time in phrases like “dull as dishwater” with “dishwater” substituting for “ditchwater.”)

10. wet your appetite/whet your appetite
“[T]o wet their appetite the singer-songwriter released the visuals for his single ‘Animal’ which not only leaves little to the imagination, but you may lose your virginity for a second time after watching it.”
—Vibe
If you talk about wetting your appetite, you’re, um, whrong. You can dampen your appetite or wet your whistle, but those are other things entirely. The word should be whet not wet.
Whet means “to sharpen” and always has, dating back to its first appearance back in 897.  When you whet your appetite, you are sharpening it, stimulating your desire for something—a very different thing from wetting it.
But over time, “wet your appetite” has became more and more common.This could be because it is similar to the older phrase “wet your whistle,” to wet your throat, i.e., take a drink, Just because it’s old doesn’t mean it’s okay, though. Use whet . . . unless you want to drive us to drink.

Get the best of news, culture, and books delivered weekly.

All Writers Write Differently, But Here Are 4 Things We All Must Do

Writing is Work, and You Need to Make Time for It

If You Want to be a Writer, You Need to be Fearless: Here’s Why

The Lost Art of Sentence Diagramming, Plus a Few Examples

There’s a Limit to Writing What You Know, and Here’s Why

Stars You May Not Know Passed Away 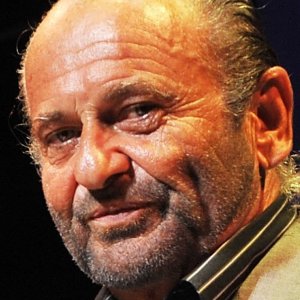 The Real Reason You Don't Hear About Joe Pesci Anymore 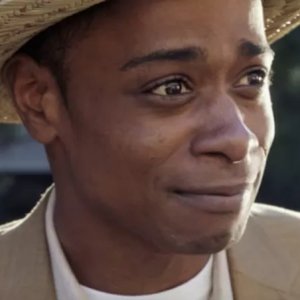 Seemingly Insignificant Details That Revealed So Much More
Posted by Cabecilha at 5:41:00 PM