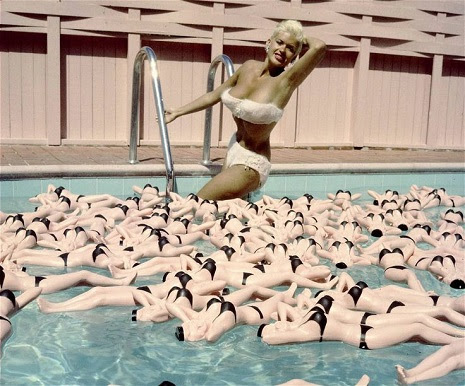 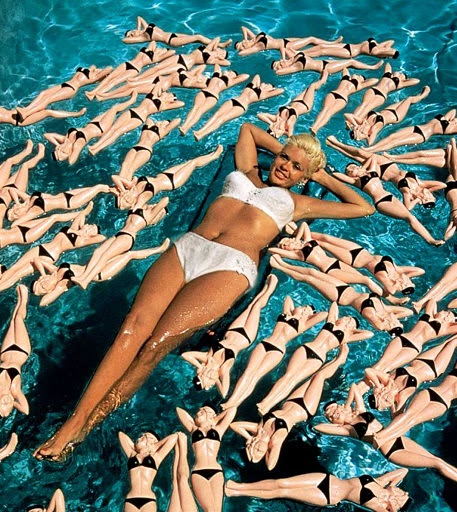 Mansfield in her pool, surrounded by one of the odder experiments in early celebrity merchandising, hot water bottles made in her likeness

In addition to her rubber-necking beauty, Jayne Mansfield was known for a lot of things. There’s the famous side-eye from Sophia Loren, though that’s obviously nowhere near the most exposure her breasts received (Hugh Hefner was arrested for publishing her nudes). The gory details of her death are also the subject of much obsession—while she was not decapitated as is often rumored, the car wreck that took her life was horribly grisly. And she was romantically attached to a string of powerful and famous men, including Robert F. Kennedy, John F. Kennedy, and Anton LaVey (which lead to wild stories about her death as the result of occult activities).
I prefer to think of Mansfield as a delightful eccentric, with a warmth and charisma that bubbled rather than smoldered—sort of a free-spirited bombshell with a girl-next-door sweetness. Nothing quite so beautifully encapsulates her explosive personality like these photos of her Los Angeles home, which she named, “The Pink Palace.” Mansfield purchased the 40-room Mediterranean-style mansion in 1957 and immediately began renovating. She didn’t stop at painting the exterior pink—think of an entire bathroom furnished in pink shag carpet, walls and all. As clever as she was lovely, she wrote to furniture and building suppliers requesting samples for her new home; those “samples” totaled over $150,000 ($1,246,742 in 2014 dollars). The house itself cost only $76,000 ($631,682 in 2014 dollars).
At the end, you can see video of Mansfield’s second husband, former Mr. Universe Miklós “Mickey” Hargitay, showing off his line of freeweights, poolside. Jayne also does a little demo of her own exercise routine, choosing not to remove her high heels—the camera quickly switches angles to shoot her from below in an obvious cinematic ogle. 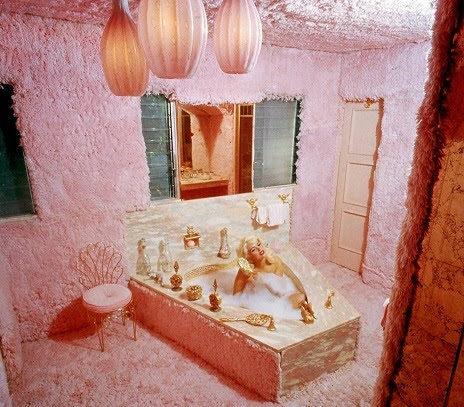 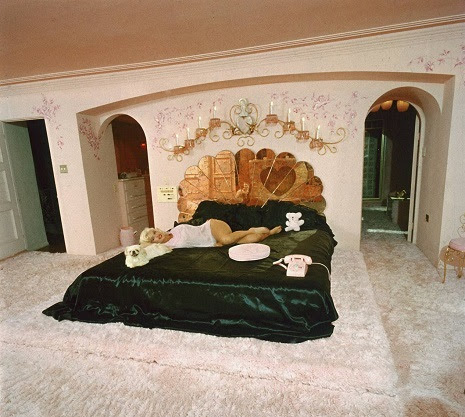 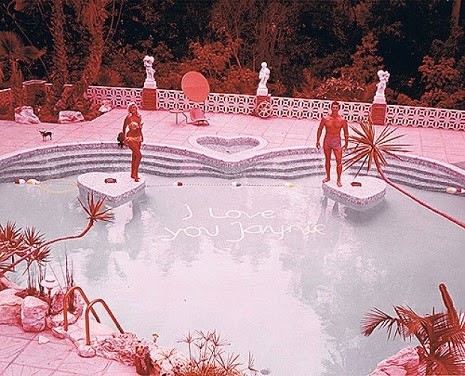 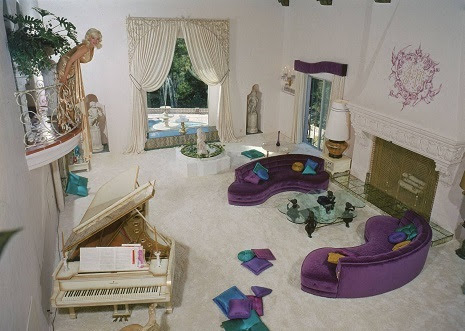 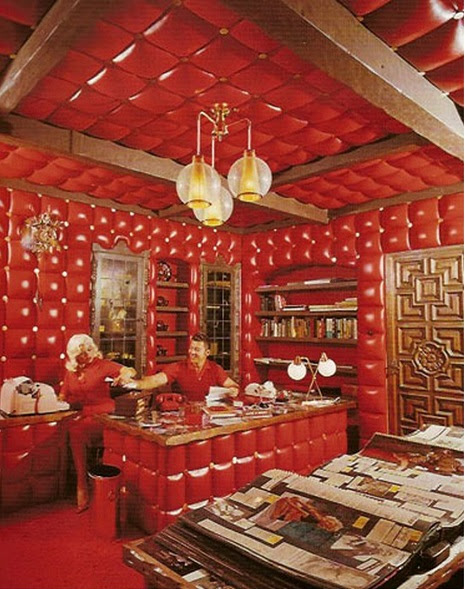 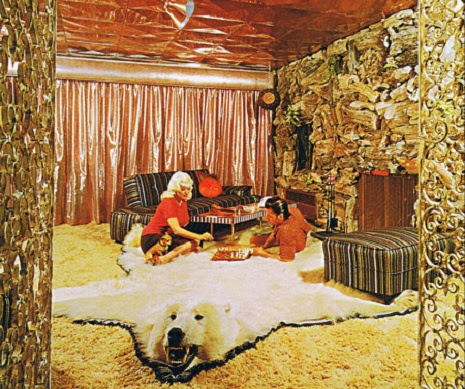