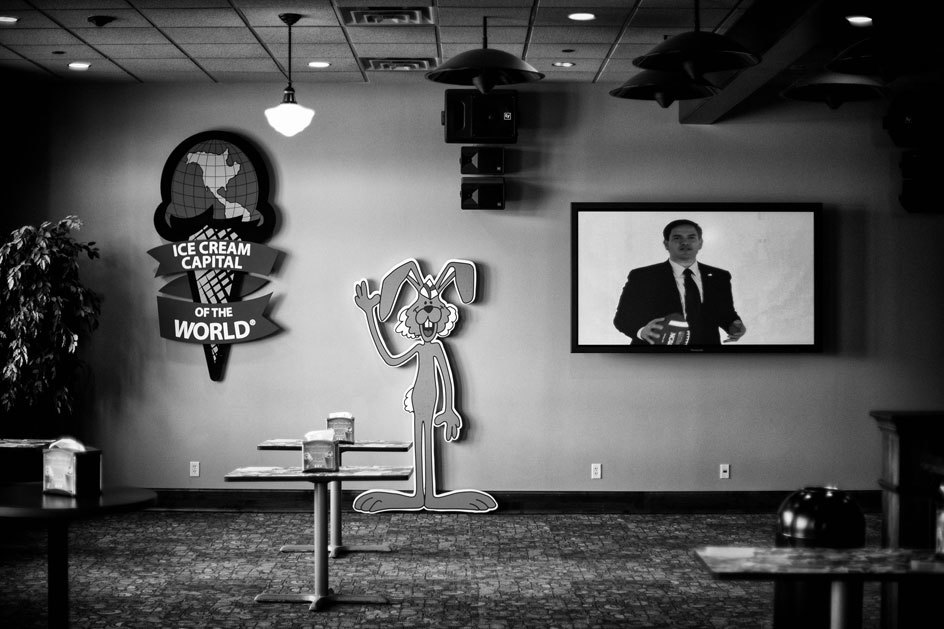 As Iowa caucus day approaches, the campaigns are scrambling: Donald Trump darted from a college rally at Pella, Iowa to a high school rally and church visit in Muscatine over the weekend, while Bernie Sanders and Hillary Clinton sold their own messages on either side of the same town of Clinton. The urgency has only increased as healthy leads between the top two frontrunners in each party have been squeezed to just a few percentage points in the polls. Behind the strategies and the carefully scripted campaign stops, though, lurk all the human uncertainties of an event whose outcome won’t be known till tens of thousands of Iowans gather next Monday—and, given the complexity of counting, might not even be known then. (In 2012, a winner wasn't called for weeks—though this year it looks likely we'll know sometime around 10 or 11 p.m.) Politico photographer M. Scott Mahaskey has been following the Iowa campaigns to capture their less-controlled elements, the periphery of all that carefully arranged politicking—and finding in their details hints of the uncertainty that lurks just beyond January 31.

Donald Trump and Ben Carson are the only two Republican presidential candidates who have requested and received Secret Service protection (Hillary Clinton is automatically afforded it thanks to her status as former first lady). Above, Trump is escorted by Secret Services members as he departs the convention floor after an appearance at Iowa’s Annual Renewable Fuels Summit in Altoona. Seeking to bump Ted Cruz, who leads in corn-rich Iowa, Trump defended ethanol at the summit and, in particular, the Renewable Fuel Standard, a program that requires that fuel sold in the U.S. contain a minimum of renewable fuels like ethanol. Trump reportedly drew the largest crowd, but each of the four GOP candidates there struck the same tone on ethanol and renewable fuels to booming applause. 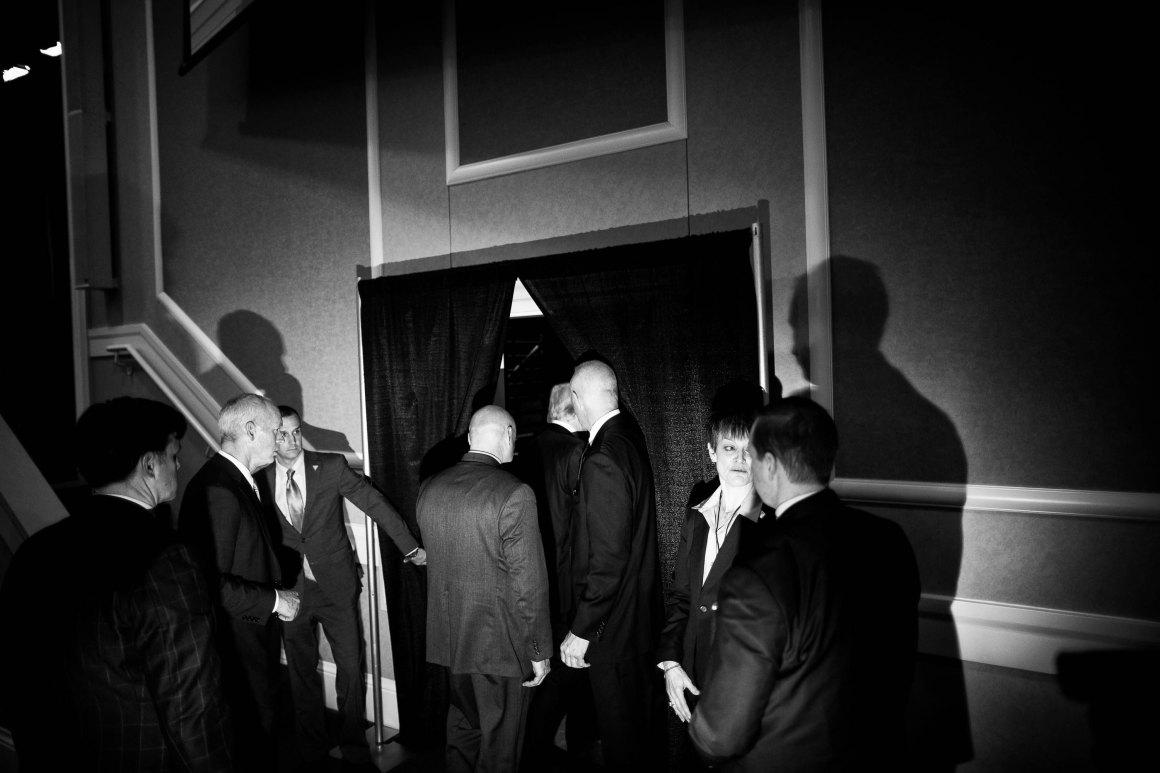