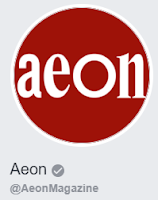 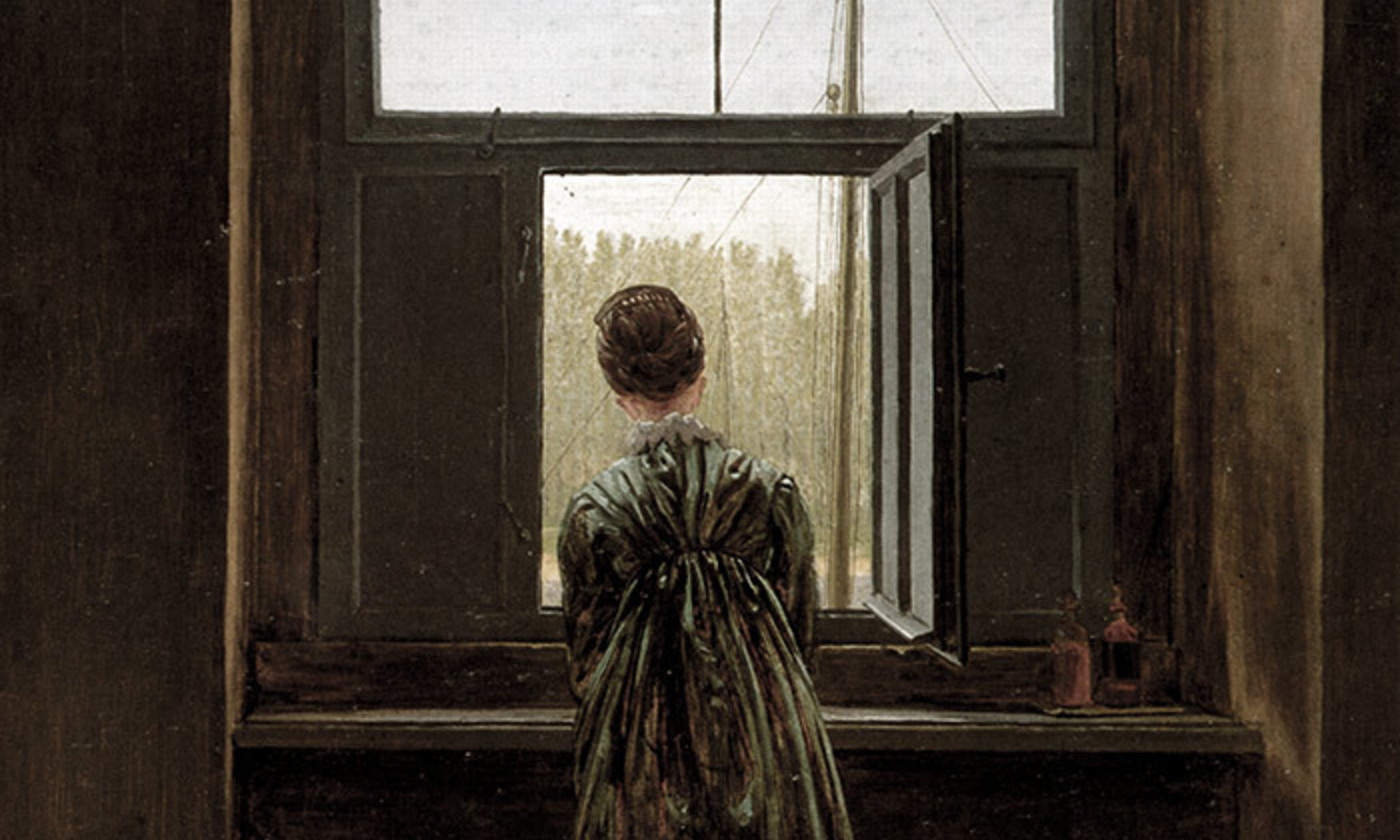 Detail from Woman at a Window (1822) by Caspar David Friedrich. Courtesy Alte Nationalgalerie, Berlin
In the mid-1990s, Joseph Overton, a researcher at the US think tank the Mackinac Center for Public Policy, proposed the idea of a ‘window’ of socially acceptable policies within any given domain. This came to be known as the Overton window of political possibilities. The job of think tanks, Overton proposed, was not directly to advocate particular policies, but to shift the window of possibilities so that previously unthinkable policy ideas – those shocking to the sensibilities of the time – become mainstream and part of the debate.
Overton’s insight was that there is little point advocating policies that are publicly unacceptable, since (almost) no politician will support them. Efforts are better spent, he argued, in shifting the debate so that such policies seem less radical and become more likely to receive support from sympathetic politicians. For instance, working to increase awareness of climate change might make future proposals to restrict the use of diesel cars more palatable, and ultimately more effective, than directly lobbying for a ban on such vehicles.
Overton was concerned with the activities of think tanks, but philosophers and practical ethicists might gain something from considering the Overton window. By its nature, practical ethics typically addresses controversial, politically sensitive topics. It is the job of philosophers to engage in ‘conceptual hygiene’ or, as the late British philosopher Mary Midgley described it, ‘philosophical plumbing’: clarifying and streamlining, diagnosing unjustified assertions and pointing out circularities.

Hence, philosophers can be eager to apply their skills to new subjects. This can provoke frustration from those embedded within a particular subject. Sometimes, this is deserved: philosophers can be naive in contributing their thoughts to complex areas with which they lack the kind of familiarity that requires time and immersion. But such an outside perspective can also be useful. Although such contributions will rarely get everything right, the standard is too demanding in areas of great division and debate (such as practical ethics). Instead, we should expect philosophers to offer a counterpoint to received wisdom, established norms and doctrinal prejudice.
Ethicists, at least within their academic work, are encouraged to be skeptical of intuition and the naturalistic fallacy (the idea that values can be derived simply from facts). Philosophers are also familiar with tools such as thought experiments: hypothetical and contrived descriptions of events that can be useful for clarifying particular intuitions or the implications of a philosophical claim. These two factors make it unsurprising that philosophers often publicly adopt positions that are unintuitive and outside mainstream thought, and that they might not personally endorse.
This can serve to shift, and perhaps widen, the Overton window. Is this a good thing? Sometimes philosophers argue for conclusions far outside the domain of ‘respectable’ positions; conclusions that could be hijacked by those with intolerant, racist, sexist or fundamentalist beliefs to support their stance. It is understandable that those who are threatened by such beliefs want any argument that might conceivably support them to be absent from the debate, off the table, and ignored.
However, the freedom to test the limits of argumentation and intuition is vital to philosophical practice. There are sufficient and familiar examples of historical orthodoxies that have been overturned – women’s right to vote; the abolition of slavery; the decriminalisation of same-sex relationships – to establish that strength and pervasiveness of a belief indicate neither truth nor immutability.
It can be tedious to repeatedly debate women’s role in the workforce, abortion, animals’capacity to feel pain and so on, but to silence discussion would be far worse. Genuine attempts to resolve difficult ethical dilemmas must recognise that understanding develops by getting things wrong and having this pointed out. Most (arguably, all) science fails to describe or predict how the world works with perfect accuracy. But as a collective enterprise, it can identify errors and gradually approximate ‘truth’. Ethical truths are less easy to come by, and a different methodology is required in seeking out satisfactory approximations. But part of this model requires allowing plenty of room to get things wrong.
It is unfortunate but true that bad ideas are sometimes undermined by bad reasoning, and also that sometimes those who espouse offensive and largely false views can say true things. Consider the ‘born this way’ argument, which endorses the flawed assumption that a genetic basis for homosexuality indicates the permissibility of same-sex relationships. While this might win over some individuals, it could cause problems down the line if it turns out that homosexuality isn’t genetically determined. Debates relating to the ‘culture wars’ on college campuses have attracted many ad hominem criticisms that set out to discredit the authors’ position by pointing to the fact that they fit a certain demographic(white, middle-class, male) or share some view with a villainous figure, and thus are not fit to contribute. The point of philosophy is to identify such illegitimate moves, and to keep the argument on topic; sometimes, this requires coming to the defence of bad ideas or villainous characters.
Participation in this process can be daunting. Defending an unpopular position can make one a target both for well-directed, thoughtful criticisms, and for emotional, sweeping attacks. Controversial positions on contentious topics attract far more scrutiny than abstract philosophical contributions to niche subjects. This means that, in effect, the former are required to be more rigorous than the latter, and to foresee and head off more potential misappropriations, misinterpretations and misunderstandings – all while contributing to an interdisciplinary area, which requires some understanding not only of philosophical theory but perhaps also medicine, law, natural and social science, politics and various other disciplines.
This can be challenging, though I do not mean to be an apologist for thoughtless, sensationalist provocation and controversy-courting, whether delivered by philosophers or others. We should see one important social function of practical ethicists as widening the Overton window and pushing the public and political debate towards reasoned deliberation and respectful disagreement. Widening the Overton window can yield opportunities for ideas that many find offensive, and straightforwardly mistaken, as well as for ideas that are well-defended and reasonable. It is understandable that those with deep personal involvement in these debates often want to narrow the window and push it in the direction of those views they find unthreatening. But philosophers have a professional duty, as conceptual plumbers, to keep the whole system in good working order. This depends upon philosophical contributors upholding the disciplinary standards of academic rigour and intellectual honesty that are essential to ethical reflection, and trusting that this will gradually, collectively lead us in the right direction.
Ethics Political Philosophy Politics & Government
18 January, 2019
Posted by Cabecilha at 7:03:00 PM