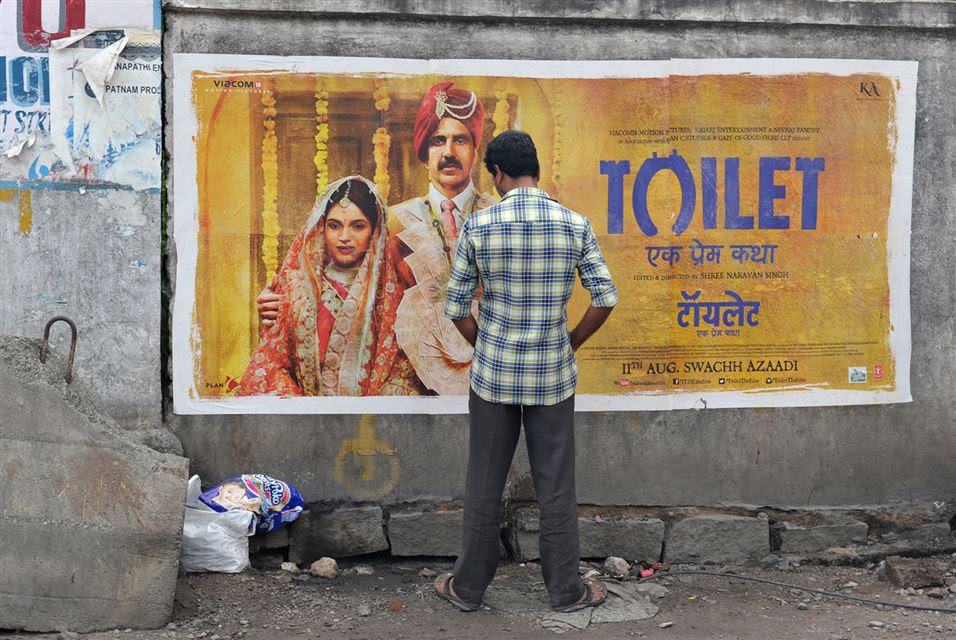 An Indian man urinates on a wall on the roadside in front of a poster for the Hindi film "Toilet" in Hyderabad on August 12, 2017. The Bollywood film "Toilet: Ek Prem Katha" ("Toilet: A love story"), which was released on August 11, is inspired by the true-life tale of one man's battle to build toilets in his village in rural India. NOAH SEELAM / AFP
Posted by Cabecilha at 12:09:00 PM