As childhoods go, Chloë Sevigny’s in Darien, Conn., a wealthy town of 20,000 an hour’s train ride from New York City, was as suburban as they come: There was sledding and softball practice and long days spent playing outside with neighbor kids on the cul-de-sac where she lived, until the third grade, with her parents and older brother, Paul. “My mom would open the door in the morning, and we wouldn’t come back until the night. It was all about being outside,” Sevigny, who has been living in Brooklyn since 2013, says when we meet in Darien on a 27-degree day in December. The house, she remembers, had a big forsythia bush in the front yard. “It was, like, my spot,” she says, as we drive past gracious colonial-style homes with manicured lawns. “I always just chilled there, underneath. It was all very, you know ...” She begins to laugh, a boisterous, asthmatic-sounding, from-the-gut guffaw that signals she’s aware of the triteness, the irony or maybe just the sheer unlikeliness of what she’s about to say: “... idyllic.”
If you know even a little about Sevigny, you understand why she’s laughing. It’s difficult to fathom how, exactly, this quaint Connecticut upbringing gave rise to the downtown It Girl and eventual indie actress the novelist Jay McInerney dubbed, in a now-infamous 1994 New Yorker profile, “the coolest girl in the world.” That article was published just a short time before Sevigny made her film debut as Jennie, a Manhattan teen who learns she is H.I.V. positive, in Larry Clark’s controversial 1995 film “Kids.” From there, Sevigny would go on to star in some of the most beloved (“Boys Don’t Cry,” “The Last Days of Disco”) and reviled (“Gummo,” “The Brown Bunny”) movies of the next decade. Meanwhile, the cool girl became an alt-chic woman whose every aesthetic move, from her bowl cut to her chopped-to-the-hilt jean shorts, would be photographed and copied.

Yet unlike most bright young things to whom the culture looks for its hit of dewy bloom and slightly dangerous charisma, Sevigny didn’t burn out or flame out, ending up in rehab or on reality TV. Instead, she did something radical for a woman in the entertainment industry: She stuck around. Now, at 42, she has one of the most unorthodox and interesting careers out there. There aren’t many actors who have worked with a host of top-flight filmmakers, from Woody Allen to Whit Stillman to Lars von Trier, as well as starred in several popular television shows, most notably HBO’s “Big Love,” on which she played the deliciously cunning sister-wife, Nicki, for five seasons, a role that earned her a Golden Globe.
This year alone, Sevigny will appear in six films, among them Alex Ross Perry’s “Golden Exits,” with Emily Browning and Mary-Louise Parker, and Tomas Alfredson’s “The Snowman,” with Michael Fassbender. She has also begun working behind the camera. In May, Sevigny made her directorial debut at Cannes with “Kitty,” a dreamy, surrealistic short about a girl who turns into a cat, based on a Paul Bowles story. And she has recently completed her second short, the melancholic “Carmen” — “a portrait of an artist on the road” that examines “the loneliness that accompanies being in strange cities,” as she describes it. The film premiered earlier this month, during New York Fashion Week, as part of Miu Miu’s “Women’s Tales” series, whose past contributors have included Ava DuVernay, Miranda July and Agnès Varda. At some point in the last few years, Sevigny shed her erstwhile It Girl status and entered the pantheon of artists who manage a kind of ageless, enduring cool, in both the unflappable and the groovy senses of that overused word: Laurie Anderson, Kim Gordon, Jim Jarmusch, Patti Smith.

Needless to say, I’m also expecting her to be cool in the aloof sense. So it’s a pleasant surprise to discover that she is affable, disarmingly straightforward and prone to exploding into laughter at her own stories and jokes. She wears a long, turquoise leather Miu Miu jacket, vintage Levi’s, oversize gold hoop earrings and tasseled Doc Marten loafers. Her long, straight hair is straggly and still dyed an orangy shade of red for the film she just wrapped, playing accused ax murderer Lizzie Borden alongside Kristen Stewart as Borden’s live-in maid. The most Connecticut thing about her: a scuffed-up canvas L.L.Bean tote, monogrammed with her initials.
Sevigny seems to have an inexhaustible store of precise, detailed memories. “We weren’t allowed to wear Dr. Scholl’s, because of the stairs,” she says, as we pull up to Middlesex Middle School, a stately old red-brick Colonial Revival building set on a hill. Later, at Weed Beach, where she took lessons with the Darien Junior Sailing Program, she points into the blue distance and notes: “The water used to be really dirty here, and I used to get impetigo all the time.” As we stand there, looking out at the Long Island Sound, she adds that this was where Annie Leibovitz took her photo for Vanity Fair. “It was for the ‘Legends’ issue,” she says wryly. She laughs and laughs.

Sevigny admits to “complicated” feelings about her hometown. There’s a reason “The Stepford Wives” and “The Ice Storm” were set in this area: Fairfield County, aka Connecticut’s “Gold Coast,” which not only includes Darien, but also Greenwich, Norwalk and New Canaan, is a conservative, buttoned-up bastion of wealth and privilege. Darien is one of the most affluent (median household income: $208,906) and homogeneous (94 percent white) communities in the country. “It’s kind of a bubble,” Sevigny says dryly. A 2015 Connecticut Post article named it “the snobbiest town in Connecticut” — with four country clubs, two yacht clubs and a hunt club, none of which Sevigny’s family belonged to: “We weren’t members. Our parents didn’t buy us BMWs. It sounds really entitled to say, because obviously it is such a beautiful community, but we didn’t grow up as privileged as our surroundings.”
Continue reading the main story

The Sevigny family home, the second one they owned in Darien, is a modest gray shingled ranch house among sprawling waterfront estates. Her father, who died when she was 20, was in insurance; he later quit and became a trompe l’oeil painter. Her mother worked at a church nursery school, then at a stationery store. Sevigny’s bohemian parents didn’t give her an allowance, so she always had a “bad teen job.” We visit the footprint of the recently razed Noroton Yacht Club, where, the summer after fifth grade, Sevigny was paid to sweep the green clay tennis courts. On the way, we pass a sweet, blue-shuttered house where she was “a not live-at-home nanny” to four small kids. “I did their laundry, made their dinner, gave them baths,” she remembers. I ask whether there was an awareness of class differences among her peers. “Yes, because they made you very well aware of it,” she says. “There was lots of teasing. Like, my parents drove a Honda, and that was nailed home a lot.”
Even if you rebel against a place, as Sevigny eventually did, you are arguably still influenced by it. By freshman year she had quit the softball team because she was “into other things — i.e. my boyfriend and smoking pot.” She tried theater, but it wasn’t her thing. “I was with the cool, bad kids, hanging outside the auditorium, and participating in zero extracurricular activities.” She idolized her brother, Paul, now a Manhattan nightclub owner, who was into “all the alternative-kid touchstone things,” like hardcore music and skateboarding. But she idolized his girlfriend, Ellie, who had moved to Darien from San Francisco, even more. With her blue hair, Doc Martens and kilts, she was Sevigny’s first style icon. “I’d never seen anyone in this town that looked like her before,” she remembers. “I just wanted to be her.”

We retrace the stations of Sevigny’s adolescent insurgency, from the single-story ranch house that was “great for sneaking out,” to the brambly area behind Weed Beach, where all the kids who’d climbed out their windows at night would make out and experiment with homemade bongs. Late in the afternoon, we drive to a Mobil Gas Station in nearby New Canaan, where she and her driver’s license-less friends would get dropped off to hang out. “Yeah, basically just here,” she says, stopping at a set of pale green electrical boxes where a row of pay phones once stood. Next, we wind our way up a serpentine road lined with imposing oaks and maples, until we reach Waveny Park, 250 acres of parkland with a palatial estate that was built by Lewis Lapham, one of the founders of Texaco. “There was a lot of acoustic guitar playing that went down here,” she says, as we stand on the dry winter lawn under leafless trees. “Not by me, but by a boy named Mallory, specifically.”
None of it seems all that different from any suburban teenager acting out, save for one key element: Darien is a bedroom community to Manhattan, and unlike most teens, Sevigny had a portal to the city and its glitter. She had long been commuting in with her dad, who had taken her to F. A. O. Schwarz, Macy’s and Fiorucci, which she’d begged to visit “because that’s where Madonna shopped.” As a teenager she began making weekend trips alone: hanging out with skaters, going to clubs. According to her now well-known origin story, at 17, Sevigny was standing around in a pair of tan corduroy overalls at a newsstand on Sixth Avenue when Andrea Linett, then an editor at Sassy magazine, spotted her, asked her to model and later gave her an internship — the ’90s-era version of Lana Turner at the soda fountain. Not long after, Kim Gordon, a friend of the magazine, put Sevigny, buzz cut and Twiggy-esque, in Sonic Youth’s 1992 “Sugar Kane” video. Then, Harmony Korine, a friend she’d met hanging around Washington Square Park, suggested to Larry Clark that she play Jennie in “Kids.”
Although Sevigny’s fame is often portrayed as a divine stroke of luck, her staying power likely has more to do with her good, solid suburbanness. You realize this when you visit St. John Church, where she attended mass every Sunday, and she lights a candle in silent prayer, perhaps because, as she quietly tells you, this is where her father’s funeral was held. And again, in a mauve vinyl booth at Post Corner Pizza, a place she eats whenever she visits her mom, as you share a meat lover’s pizza and she admits that she’s gone to her high school reunions every five years since she graduated.
“I knew I wanted to be an actress since I was really young, like kindergarten,” she says, when I ask if her start was as accidental as it’s been portrayed. She went to summer theater camp, acted in commercials and modeled in catalogs until her mother put all such work on hold. “But after the Sassy thing,” she tells me, “I was like, ‘I’m going to do something.’ ” 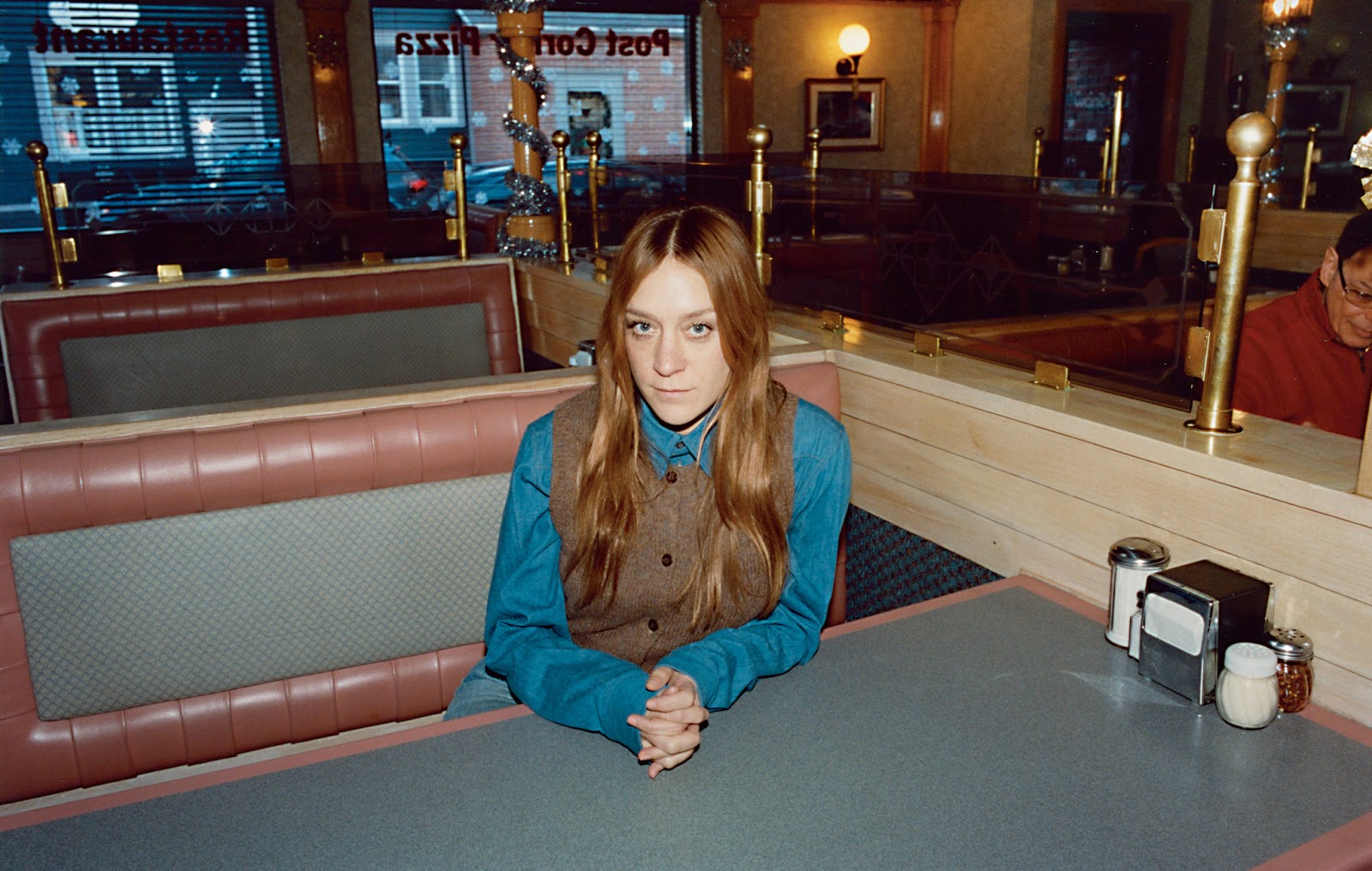 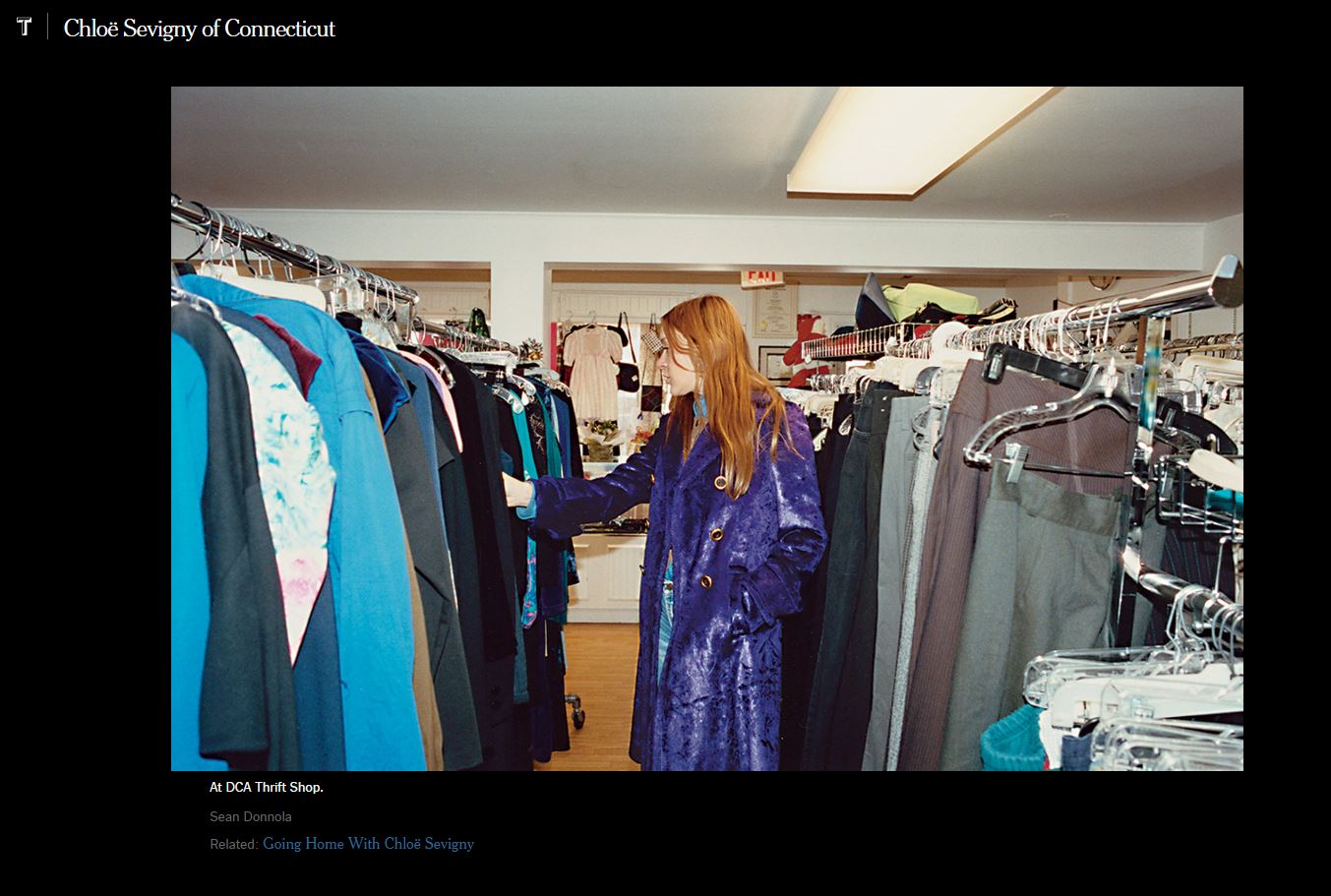 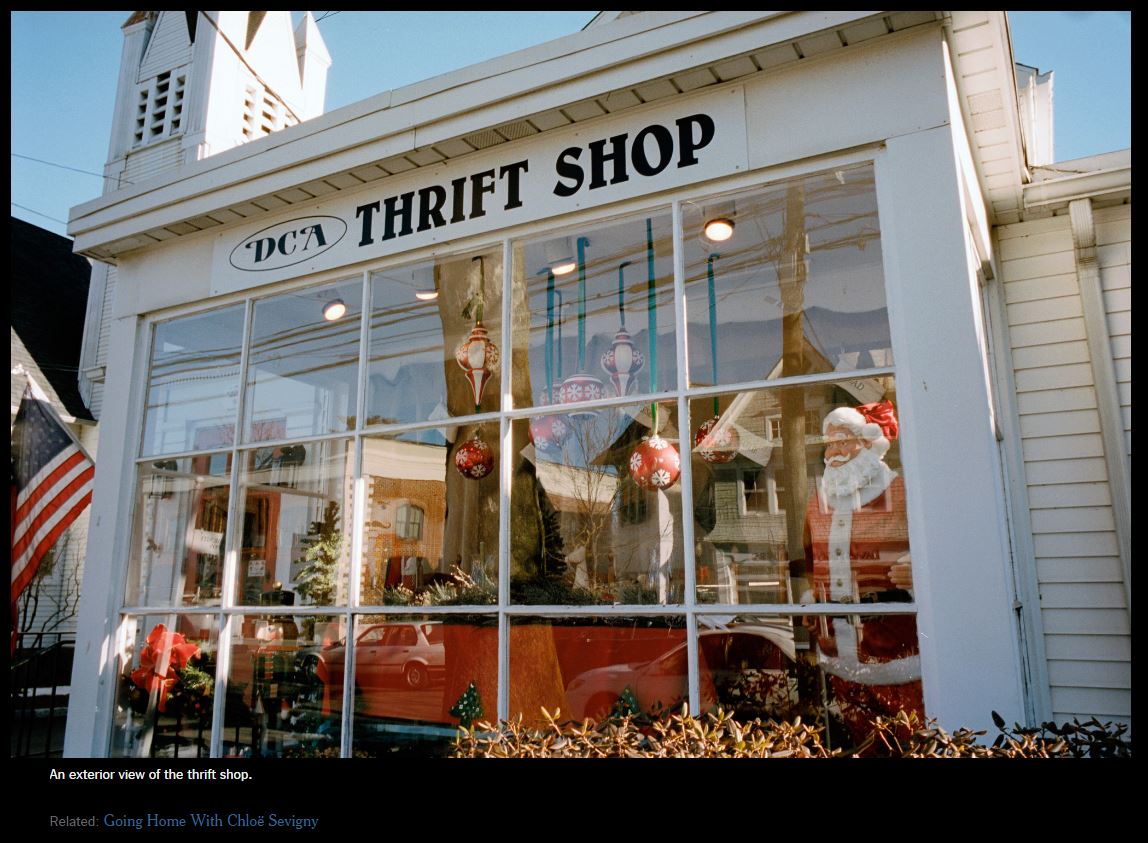 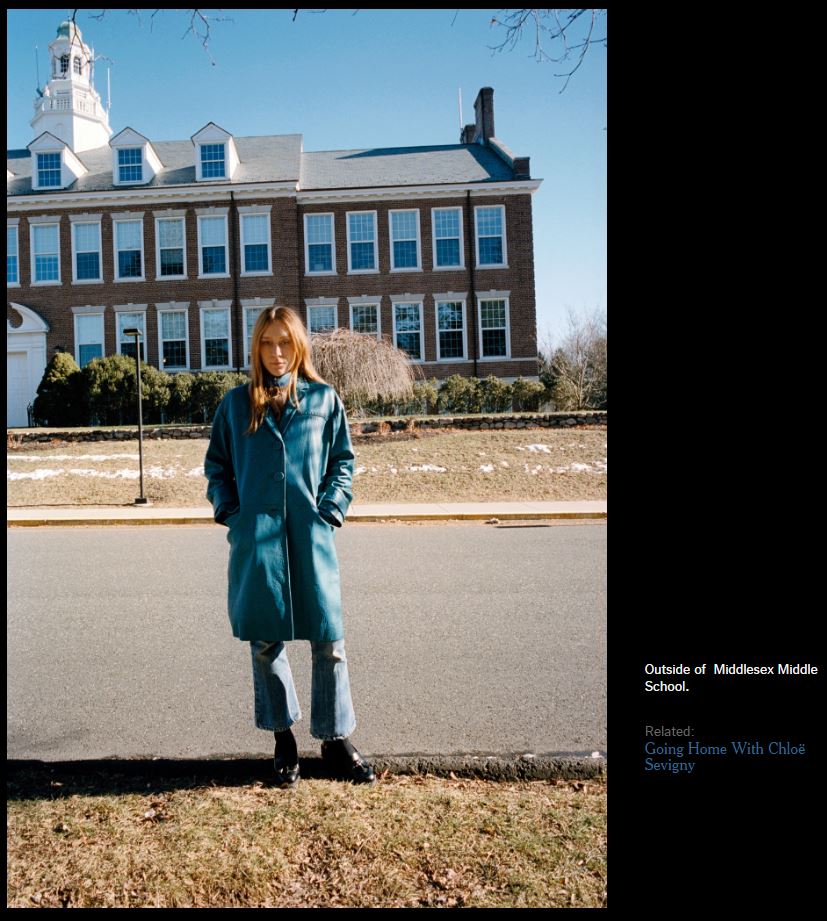 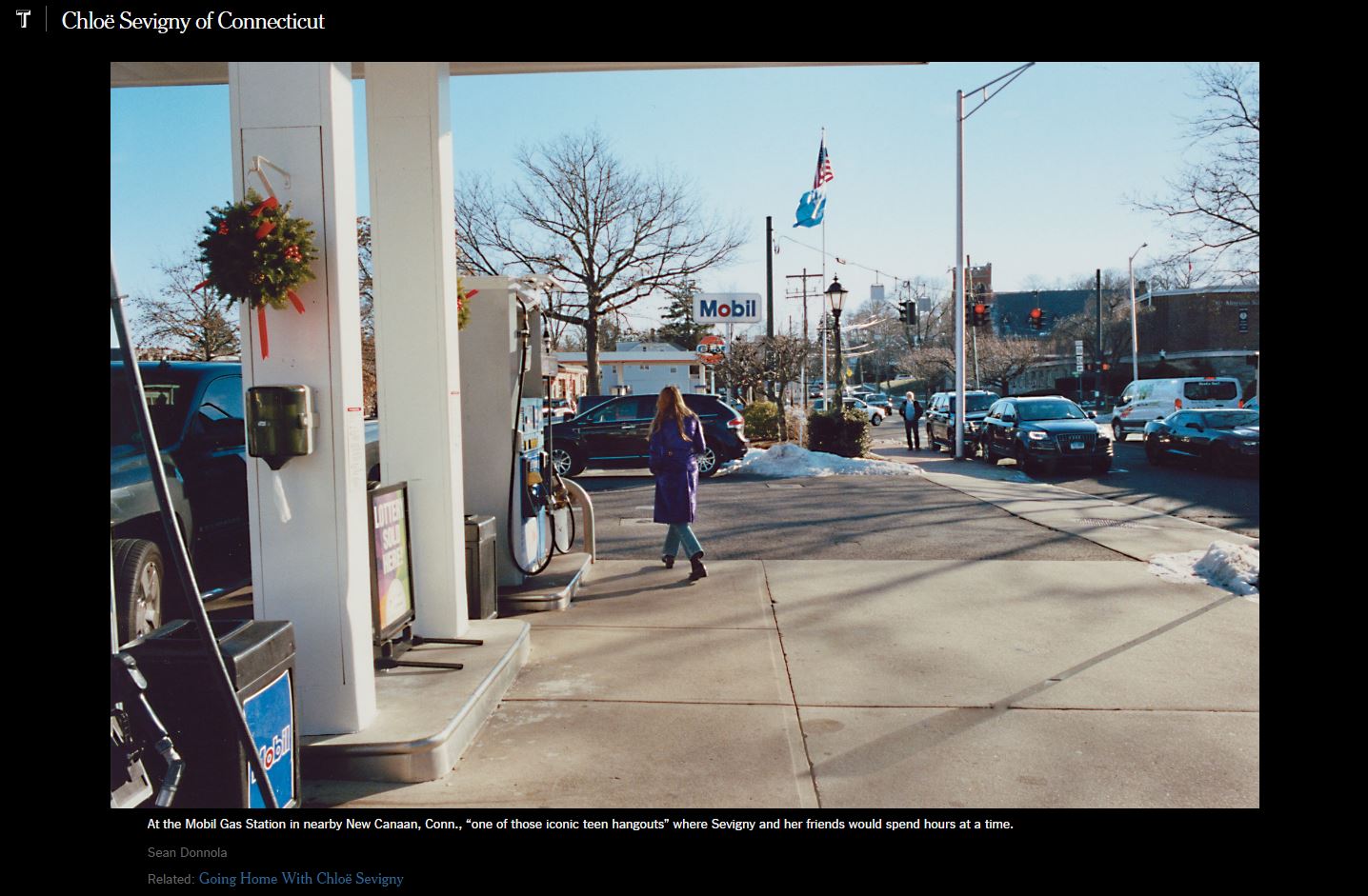 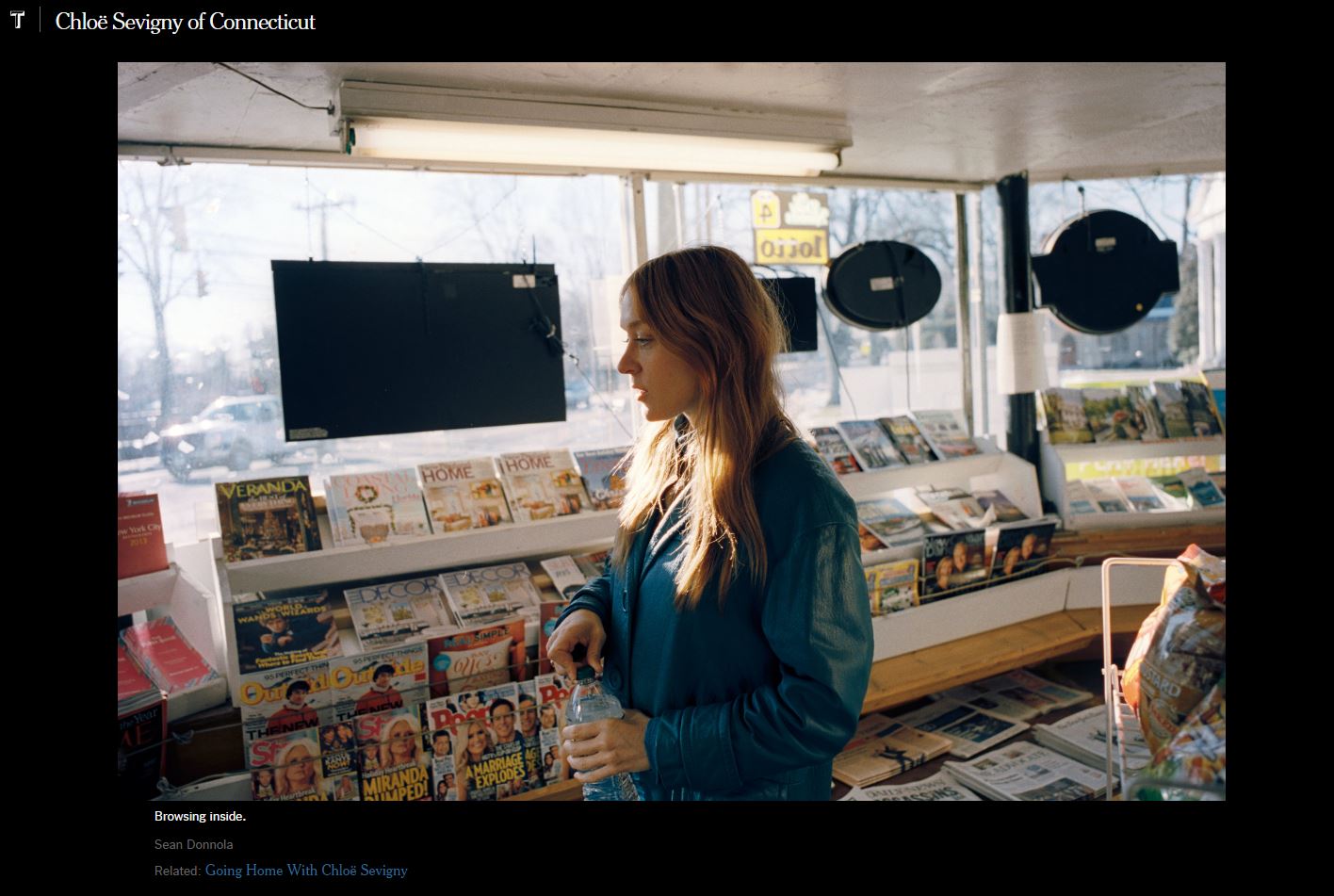 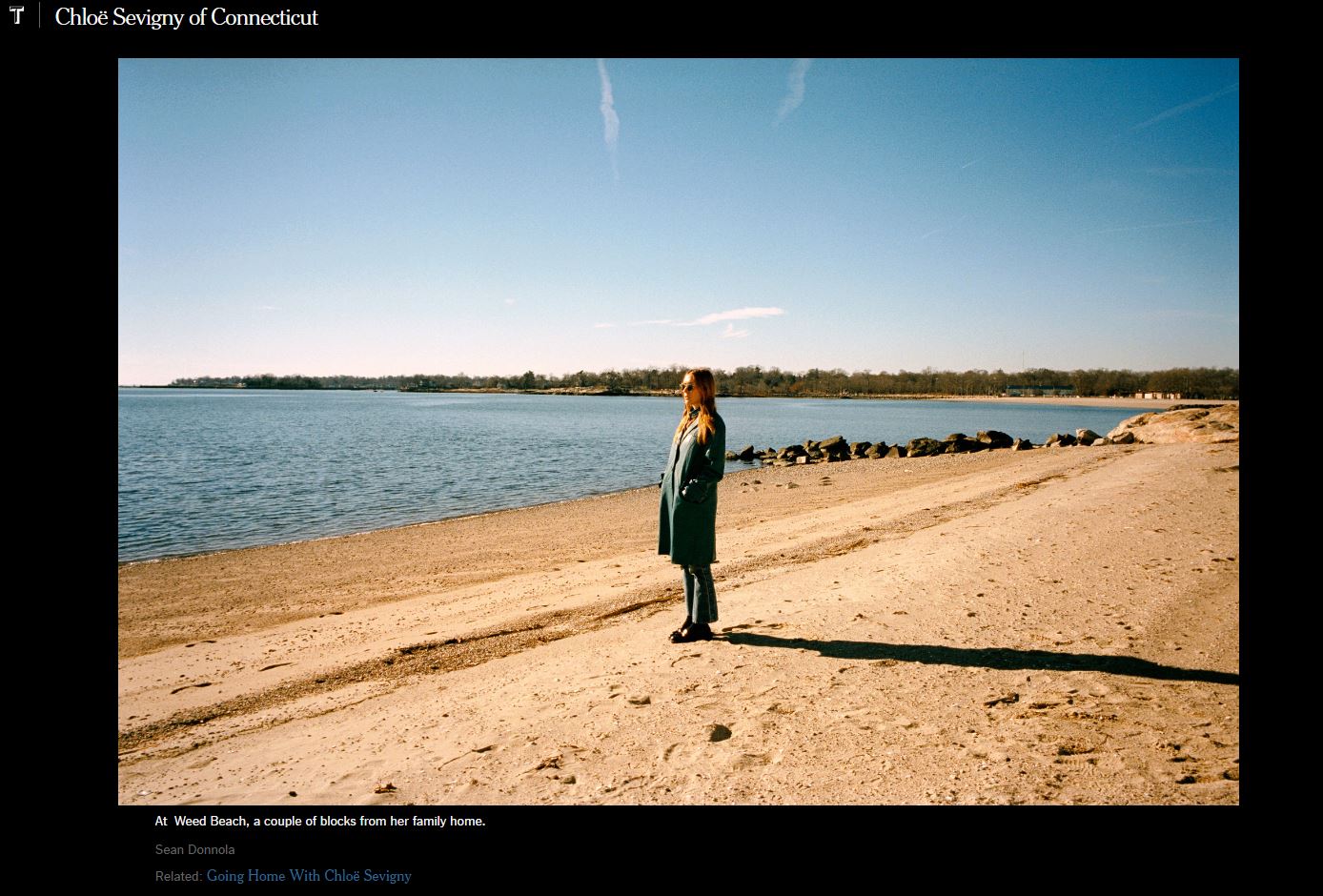