When Does an Artist’s Appropriation Become Copyright Infringement?

Art Market
When Does an Artist’s Appropriation Become Copyright Infringement?
By Jessica Meiselman 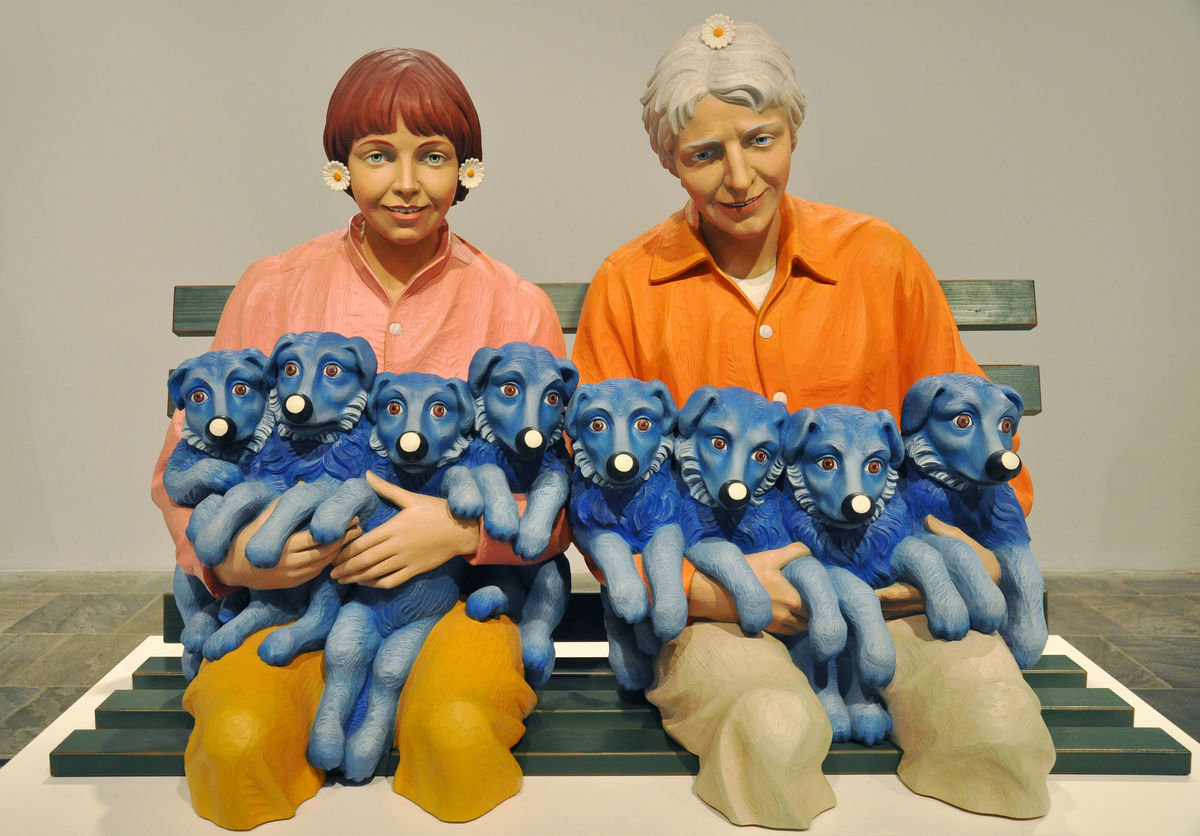 Installation view of Jeff Koons, String of Puppies, 1988, at the Whitney Museum of American Art. Photo by Amaury Laporte, via Flickr.
The proliferation of appropriation art over the latter half of the 20th century has led to a rash of copyright infringement lawsuits. Artists whose practices involve appropriation but aren’t looking to get sued are often left wondering what constitutes the fair use of copyrighted works.
Many of the most significant cases assessing fair use have common origins: a photographer finds their work was used by another artist to make a derivative work without their authorization. Although photographers have attempted to argue that the law forbids this unauthorized use, the evolution of fair use over the years has arguably bended in the favor of the appropriator.
These legal decisions aren’t always intelligible to appropriation artists. So, below, we’ve broken down some prominent cases to hopefully help artists understand how courts have judged what constitutes fair use and how the analysis that goes into that decision has changed over the years.

What is fair use?

Since its incorporation into United States law with the Copyright Act of 1976, fair use has always been more of an analysis than a hard and fast rule. It provides a defense against copyright infringement in certain situations where an artist can prove that their use of the underlying work is justified. To determine if fair use applies, the court will analyze four statutory factors: (1) the purpose and character of the use, including whether the use made of the underlying work is for a commercial purpose or for commentary; (2) the nature of the underlying copyrighted work, including whether it contains unprotectable elements; (3) the amount and substantiality of the original work used; and (4) the effect of the use on the market value of the original. In visual art cases, the first factor—the purpose of the appropriation—has been of overwhelming importance.
The implementation of this “balancing act” has been highly influenced by cultural and technological norms. Fair use analysis has evolved with a changing art landscape, shifting as the general culture has become more accepting of appropriation.

Jeff Koons, a leader of the 20th century appropriation art movement, has been regularly sued for copyright infringement and one case illustrates how fair use analysis has changed over the years. In the 1992 case Rogers v. Koons, Koons was sued by a photographer for transforming his picture (which showed a couple holding handfuls of puppies) into a sculpture. Koons argued that his work was part of a movement of artists who used appropriation as a means to satire or parody “society at large.” The court however rejected this reasoning, noting that “the copied work must be, at least in part, an object of the parody, otherwise there would be no need to conjure up the original work.”
That is, Koons had to be parodying the photograph he was using. The court noted that abiding by such a rule in determining fair use was “necessary…as were it otherwise there would be no real limitation on the copier's use of another's copyrighted work to make a statement on some aspect of society at large.” This analysis confines fair use rather narrowly, omitting the possibility that appropriation can be fair outside of directly commenting on the original work. Later cases would essentially invalidate this ruling.

“Transformative” use as a deciding factor

A 1994 case about music, just two years after Rogers v. Koons, repositioned the fair use analysis in a way that had wide ranging implications for visual artists. In Campbell v. Acuff-Rose Music, Inc., the U.S. Supreme Court stated that the “central purpose of [the fair use] investigation” is to determine whether the new work “adds something new, with a further purpose or different character, altering the first with new expression, meaning, or message; it asks, in other words, whether and to what extent the new work is ‘transformative.’” This test, which couples commentary on the original work with “transformative nature,” arguably provides for a broader applicability of fair use defenses, as opposed to a requirement that such use exhibits a direct commentary on the original work.
But Koons won his next major court appearance in 2006, successfully invoking a fair use defense when he was sued over his appropriation of parts of a photograph from a fashion editorial into his collage piece, entitled Niagara (2000). The court held that his use was transformative because it represented “the use of a fashion photograph created for publication in a glossy American ‘lifestyles’ magazine—with changes of its colors, the background against which it is portrayed, the medium, the size of the objects pictured, the objects’ details and, crucially, their entirely different purpose and meaning—as part of a massive painting commissioned for exhibition in a German art-gallery space.”
In this Koons case, the number of differences between his work and the original provided a foundation for the court’s decision in his favor. In practice though, this standard is not always easily met. Thierry Guetta, an artist popularly known as Mr. Brainwash, was sued by Dennis Morris for copyright infringement after Guetta reproduced a 1977 photograph Morris had taken of Sid Vicious. Guetta’s piece had some modest changes: higher contrast and a few flourishes of color. In its 2013 decision, the court did not find Guetta’s defense convincing, noting that at “their core” the images were still “pictures of Sid Vicious.”

Cariou v. Prince, decided in 2013, truly shook up the existing framework for fair use. Artist Richard Prince’s seemingly modest alterations to photographer Patrick Cariou’s images of rastafarians in the Jamaican mountains were excused as fair use. Prince had been sued by Cariou after the famous appropriation artist repurposed a number of Cariou’s photographs, including simply enlarging Cariou’s pieces on canvas and adding some paint strokes or imagery. Many of Prince’s works regurgitated the images themselves as the focus of the pieces, not as ancillary or background imagery.
But the appellate court ruled in Prince’s favor. The decision noted that “the law imposes no requirement that a work comment on the original or its author in order to be considered transformative” and that even though some of the works exhibited only modest differences from the originals, most of Prince’s “artworks manifest an entirely different aesthetic from Cariou's photographs.” This ruling came in spite of the fact that Prince testified that he “[didn’t] really have a message” and that he was not “trying to create anything with a new meaning or a new message.”
The opinion focused on the court’s—arguably subjective—perspective “examin[ing] how the artworks may ‘reasonably be perceived’ in order to assess their transformative nature.” In other words, the decision was based on the premise that a reasonable person would consider Prince’s pieces distinct in a way that adds something “new” or unique to the originals. After the opinion, critics noted that it could open the floodgates for appropriation in visual art.
Notably, it is another Prince case that is now working its way through the courts that threatens to push back on the Cariou precedent. This past July, a New York trial court made a preliminary ruling that Prince’s appropriation of another photographer’s Instagram post “[did] not make any substantial aesthetic alterations”—potentially indicating that there is a threshold of physical transformation that must be met to impart “transformative” character as a matter of law.
Visual artists continue to be integral components of the evolving conversation around fair use. Their voices and work exist in a culture that increasingly normalizes appropriation, particularly on the internet. If—even after reading this—you’re still exactly not sure what constitutes fair use, you're in good company. Courts themselves have struggled to come to a consensus around what exactly qualifies as transformative use, and the current “know it when you see it” stancegives little in the way of direction to artists who endeavor to stay on the right side of the law.
Jessica Meiselman