What Not to Do in a Stock Market Crash 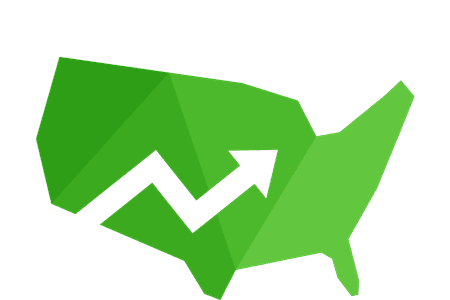 US Economy
By Kimberly Amadeo
A stock market crash is when a stock index drops significantly in a day or two of trading. The indexes are the Dow Jones Industrial Average, the S&P 500, and the NASDAQ.
A crash occurs more quickly than a stock market correction. That's when the market falls 10 percent from its 52-week high over days, weeks, or even months. Each of the bull markets in the last 40 years has had a correction. It's a natural part of the market cycle that wise investors welcome.
Such a pullback allows the market to consolidate before going toward higher highs. No one welcomes a crash. It is sudden, violent, and unexpected.

Frightened sellers normally cause a crash. An unexpected economic event, catastrophe, or crisis triggers the panic. For example, the market crash of 2008 began on September 29, 2008. The Dow fell 777.68 points. It was the largest point drop in the history of the New York Stock Exchange at that time. Investors panicked when Congress failed to approve the bank bailout bill.  They were afraid more financial institutions would go bankrupt like Lehman Brothers did.
Crashes generally occur at the end of an extended bull market. That's when irrational exuberance or greed has driven stock prices to unsustainable levels. At that point, the prices are above the real worth of the companies as measured by earnings. The price to earnings ratio is higher than historical averages.
The end of the dot com bubble in 1999 caused the NASDAQ crash in 2000.
A new technical development called quantitative trading has caused recent crashes. "Quant analysts" used mathematical algorithms in computer programs to trade stocks. Sophisticated investment and hedge funds with thousands of computers were programmed to sell when certain events occurred.
Program trading has grown to the point where it's replaced individual investors, greed, and panic as causes of crashes.
An example is the flash crash that occurred on May 6, 2010. The Dow plummeted almost 1,000 points in just a few minutes. Quantitative trading programs shut down due to a technical malfunction.

Crashes can lead to a bear market. That's when the market falls another 10 percent, for a total decline of 20 percent or more. It typically last 18 months. Bear markets usually occur with a recession.
A stock market crash can cause a recession. How? Stocks are how corporations get cash to grow their businesses. If stock prices fall dramatically, corporations have less ability to grow. Firms that don't produce will eventually lay off workers to stay solvent. As workers are laid off, they spend less. A drop in demand means less revenue. That means more layoffs. As the decline continues, the economy contracts, creating a recession. In the past, stock market crashes preceded the Great Depression, the 2001 recession, and the Great Recession of 2008.

What Not to Do in a Crash

During a crash, don't give into the temptation to sell. It's like trying to catch a falling knife. A stock market crash will make the individual investor sell at rock-bottom prices.
That's exactly the wrong thing to do. Why? The stock market usually makes up the losses in three months or so. When the market turns up, they are afraid to buy again. As a result, they lock in their losses. Most crashes are over in a day or two. In most cases, just sit tight. If you sell during the crash, you will probably not buy in time to make up your losses.
Your best bet is to sell before the crash. How can you tell when the market is about to crash? There's a feeling of "I've got to get in now, or I'll miss the profits," which leads to panicked buying. But most investors wind up buying right at the market peak. They are driven by emotion, not financials.
What's the solution? Keep a well-diversified portfolio of stocks, bonds, and commodities. Rebalance it as market conditions change.
If you've done this well, then you've sold off stocks when they gained in value. If the economy does enter a recession, continued rebalancing means you will buy stocks when the prices are down. When they go up again, as they always do, you will profit from the upswing in stock prices. Rebalancing a diversified portfolio is really the best way to protect yourself from a crash. Even the most sophisticated investor finds it difficult to recognize a stock market crash until it is too late.
Gold is the best hedge against a potential stock market crash. Research done by Trinity College found that, for 15 days after a crash, gold prices increased dramatically. Frightened investors panicked, sold their stocks and bought gold. After the initial 15 days, gold prices lose value against rebounding stock prices. Investors moved money back into stocks to take advantage of their lower prices. Those who held onto gold past the 15 days began losing money.
Most financial planners will tell you that the best hedge during turbulent times is not gold, or any other single asset. Instead, you should have a diversified portfolio that meets your goals. Your asset allocation should support those goals. But even a safely-structured portfolio should have no more than 10 percent of its assets in gold.