BREASTS AND EGGS
By Mieko Kawakami
For decades, Haruki Murakami defined contemporary Japanese literature for the Anglophone reader. In such bona fide masterpieces as “The Wind-Up Bird Chronicle” and “A Wild Sheep Chase,” the author created a surreal world of talking sheep and lost cats, jazz bars and manic pixie dream girls.
But in the decades since the publication of those novels, Murakami’s tropes haven’t always aged well. In particular, his depictions of women have seemed, at least to some of us, troublingly thin. As his oeuvre kept proliferating, it sometimes felt as if the Murakami machine were eating up what limited oxygen there was for Japanese fiction in translation.
Thankfully, of late, a number of female writers have stepped out from the Murakami shadow and into English translation. Long acclaimed in Japan, they arrive here festooned with prizes and critical relevance. We are seeing the emergence of an alternate lineage, an entirely female canon, that reaches back to the postwar period even as it builds in the present.
Recent translations have brought us work from established greats: Yuko Tsushima (“Territory of Light”), Yoko Tawada (“The Emissary”), Yoko Ogawa (“The Memory Police”) and Hiromi Kawakami (“The Ten Loves of Nishino”). Then there’s the current generation of young writers, a fearsomely talented group that includes Sayaka Murata (“Convenience Store Woman”), Yukiko Motoya (“The Lonesome Bodybuilder”), Hiroko Oyamada (“The Factory”) and now Mieko Kawakami, with “Breasts and Eggs,” her first novel to be translated into English.

In Japan, Kawakami (no relation to Hiromi Kawakami) is already a literary sensation. Like Murakami — who has enthusiastically endorsed her work — she too has a loose and colloquial style. But unlike her forebear, Kawakami writes with a bracing lack of sentimentality, particularly when describing the lives of women. One character terms her mother “free labor” with a vagina. The narrator, Natsu, a writer, says sex with her former boyfriend felt “like somebody had slipped a black bag over my head.”

Ideas from The Times on what to read, cook, watch, play and listen to while staying safe At Home.

Focusing almost exclusively on female characters and spaces, “Breasts and Eggs” often made me think of Tsushima’s “Territory of Light.” Although tonally distinct, both novels describe single working-class motherhood and small urban apartments in unflinching detail. Writing 30 years apart, both authors reveal the ways in which those circumstances in turn shape the inner lives of their characters.
Subscribe to The Times

“Breasts and Eggs” underlines this connection by placing the female form at its center. Kawakami writes with unsettling precision about the body — its discomforts, its appetites, its smells and secretions. And she is especially good at capturing its longings, those in this novel being at once obsessive and inchoate, and in one way or another about transformation.

In the novel’s first part, Natsu’s sister, Makiko, has traveled to Tokyo from Osaka to consult a doctor about breast augmentation. It’s a subject Makiko has deeply researched, and she expounds at length about surgical procedures, outcomes, concerns: “‘You see the part about the fat injections?’ she asked. ‘The only reason they say they’re safe is because the fat comes from your own body, but they still have to open all these holes in you.’” 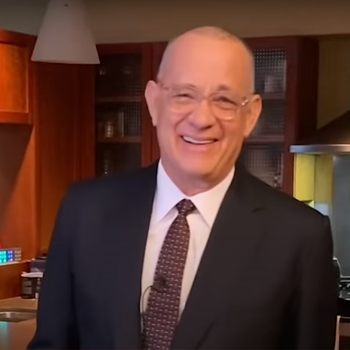 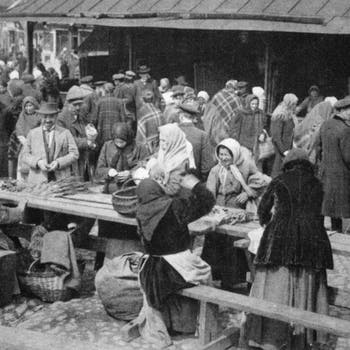 What Were the Origins of the Holocaust? 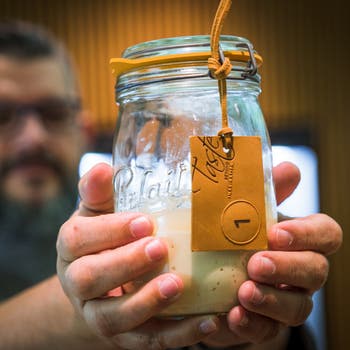 At the Sourdough Library, With Some Very Old Mothers

That singular focus on cosmetics is questioned not only by Natsu but also by Makiko’s daughter, Midoriko, who is herself going through puberty, its series of bodily changes leaving her both mute and enraged. Natsu starts to see her sister differently, as an object of pity. “It actually made me sad,” she says. “It was the same feeling you get at a train station, or in a hospital, or on the street, when you stop at a safe distance away from someone who can’t seem to help but talk and talk, whether or not anyone is there to listen.”
Cut to the second part of the novel, and it’s Natsu who’s in the grips of her own obsession. Single and desperate to have a child, she enters the labyrinthine bureaucracy of sperm donation. The process thrusts her into psychological isolation from her loved ones (she hesitates to discuss her desire for motherhood with family or acquaintances, lest they react to her the way she did to Makiko’s surgery) and from society at large (she’s a single woman exploring sperm donation in a culture where that is far from the norm).
“Breasts and Eggs” was originally published in Japan as a novella in 2008, before Kawakami expanded it for this current edition. Book 1, which takes place over a handful of days as Makiko and her daughter visit Natsu, has the feel of a stand-alone work. This effect is partially temporal and partially tonal: Here, Natsu possesses some level of certainty, at least about Makiko’s mania and what it says about female identity.
In Book 2 Natsu is far more uncertain, as she turns to her own desires and struggles with whether or not to honor them. It’s here that the novel releases the narrative tightness of its first half and becomes increasingly discursive: “If I tried to delve below the surface, my thoughts dispersed,” she thinks, pouring herself a glass of whiskey as she reads about infertility. “All the books and blogs catered to couples. What about the rest of us, who were alone and planned to stay that way? Who has the right to have a child? Does not having a partner or not wanting to have sex nullify this right?”
Kawakami’s prose is supple and casual, unbothered with the kinds of sentences routinely described as “luminous.” But into these stretches of plain speech she regularly drops phrases that made me giddy with pleasure. Natsu’s fridge is stocked so sparely and haphazardly it “looked like a lost and found for condiments.” Meanwhile, outside, “spring came and went, like someone opening the door to an empty room only to slam it shut again.”
Osaka haunts the novel, in Natsu’s memories of its landscape and cuisine, but above all in Kawakami’s use of its regional dialect, Osaka-ben. I grew up hearing my father speak in dialect whenever he was with a fellow Osakan. In those moments, I heard the incredible elasticity of the Japanese language — maybe of all language — the way its rhythms can suddenly realign, its tones shift. The politesse that I tended to associate with traditional Japanese disappeared into a language that was raucous and full of swagger.
Throughout the skillful translation by Sam Bett and David Boyd, we get indications of this code switching, and at one point Natsu’s novelist friend Rika riffs on the relationship between a narrative and its idiom: “The real thing, the real Osaka dialect, isn’t even about communicating,” she says. “It’s a contest. Somehow, you’re both in the audience and on the stage. … Language is always art, but in order to achieve its highest form, the language itself — intonation, grammar, speed, everything — had to mutate over time.”
“Breasts and Eggs” is about this kind of mutation, this irrepressibility. What exactly is so wrong about Makiko wanting breast implants? For Natsu, it’s the shamelessness of her sister’s fixation that’s so alienating. But that shamelessness is also what gives Makiko’s desire — and eventually Natsu’s as well — its dignity. Its brazenness, its unruliness, its full expression. That’s radical — and not just in Japan.

Katie Kitamura is the author, most recently, of “A Separation.”
BREASTS AND EGGS
By Mieko Kawakami
Translated by Sam Bett and David Boyd
448 pp. Europa Editions. Paper, $15.99.
Follow New York Times Books on Facebook, Twitter and Instagram, sign up for our newsletter or our literary calendar. And listen to us on the Book Review podcast.