Rage Can Lead to Creative Breakthroughs 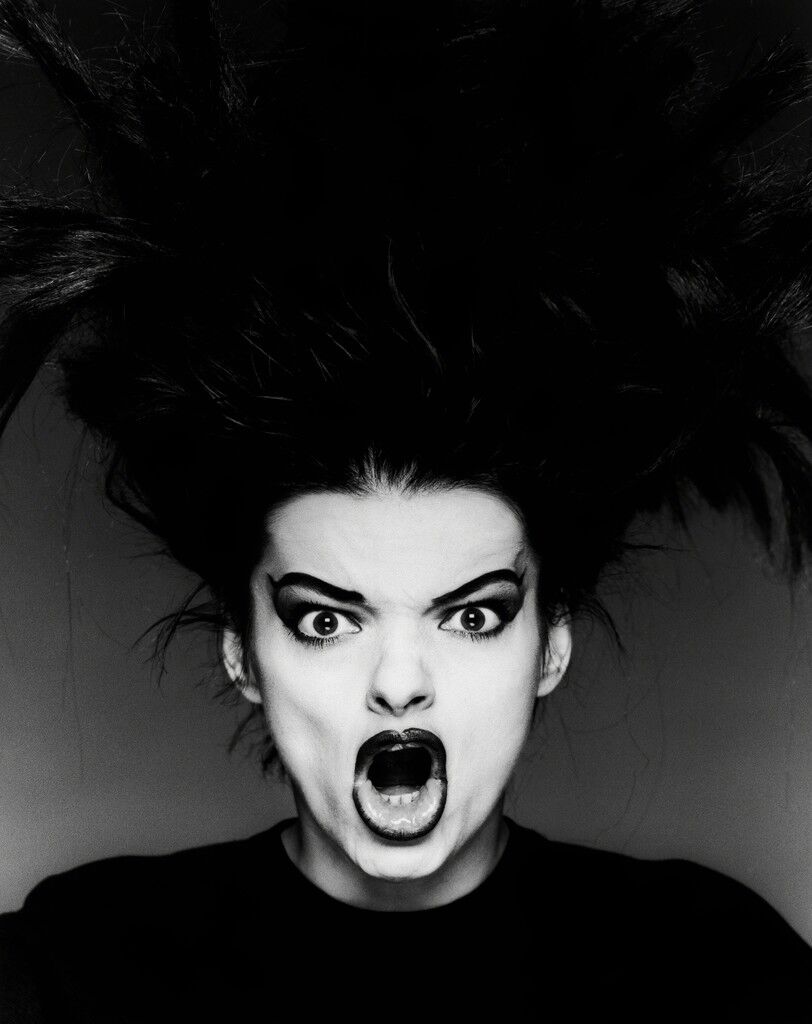 Greg Gorman
Nina Hagen, 1995
HOHMANN
Rage is an emotion that’s more commonly associated with breaking things down than building them up; it might seem more like a destructive force, rather than a creative one. But for
Louise Bourgeois
, the emotion was key to her artistic production. “You have to be very aggressive to be a sculptor,” she once said. “It’s the anger that makes me work.”
As a woman in the male-dominated art world of 20th-century New York, Bourgeois had plenty of reasons to be angry. But it was a childhood betrayal that first fired her up. Growing up in Paris, Bourgeois was schooled by her family’s live-in governess—a woman who, as it turned out, was actually her father’s mistress. The deception left her furious, and that anger reverberated throughout her work from the 1940s through the ’90s.
Bourgeois’s experience may be anecdotal, but science backs her up. A series of studies over the past decade indicate that feelings of anger can result in heightened creativity—for anyone, not just artists.
In a 2011, researchers Matthijs Baas, Carsten De Dreu, and Bernard Nijstad published findings that showed that people who were angry produced more original ideas during a brainstorming session than participants who were either sad or neutral. Creativity, they reasoned, is the product of two separate cognitive processes: persistence and flexibility. As an energizing emotion, anger encourages persistence in the short term. It also promotes unstructured, flexible thinking in which people jump between semantic categories without much in-depth thought—facilitating the new and novel connections that are the foundation for creativity.
But these benefits didn’t last long. The researchers also found that the creative effects of anger faded quickly: By the end of the study, the angry participants were producing the same number of ideas as the non-emotional participants.
But what happens to creativity if you keep your rage bottled up? For centuries, it has been socially unacceptable for women to express anger. (Look no further than this dismissive review of a 1998 Bourgeois retrospective: “It’s the continued intensity of Bourgeois’s rage that I find so repellent,” Telegraph art critic Richard Dorment wrote. “There is something sad about an 87-year-old woman who still visualises herself not as a lover, wife, mother or grandmother, but as an angry little girl.”)
Juliet Miller, a psychotherapist based in London, has experienced the effects of this societal expectation firsthand, while working with women who have difficulty acknowledging their feelings. “I knew they were angry, but they sometimes didn’t realize that,” she said. “Male anger, we all know about. It’s acceptable, it’s allowed, it’s encouraged in boys. It’s the complete opposite for women. What I was interested in was the blocks my patients faced initially—not being able to express themselves in certain ways because they were so terrified of expressing their anger.”
When they were finally able to recognize their rage, she said, they unlocked their creativity in significant ways. “That’s not surprising to me,” she explained, “because if you’re suppressing a very powerful emotion, then you suppress everything.” These experiences inspired her 2008 book The Creative Feminine and her Discontents: Psychotherapy, Art, and Destruction, which focuses on the ways in which women artists have channeled their rage. The final chapters feature case studies, focusing on Bourgeois and British sculptor
Cornelia Parker
—perhaps best known for her work Cold Dark Matter: An Exploded View (1991), in which she convinced the British Army to blow up a man’s garden shed, and then suspended the wreckage around a lightbulb.
Fine art is not the only way to creatively process anger, however. “When I started writing, I actually didn’t understand how much I was sublimating,” said Soraya Chemaly, author of the new book Rage Becomes Her: The Power of Women’s Anger. “What resonated with people about my writing was a quality of anger that I myself did not realize was in the writing. So a lot could come out of my fingers that could not come out of my mouth. It was only afterwards that I realized how powerful [expressing rage] was as a driver of my own creativity.”
Writing has been proven to be an effective way to work through anger; medical research shows that when people are able to write out the reasons for their anger, their general health improves. Conversely, when people aren’t able to work through their anger, it can literally make them sick—which, as Chemaly points out, inhibits creativity at the most basic level. “There is this connection between general healthy outcomes and the ability to be creative in broader ways,” she said.
Following the Women’s March and the rise of the #MeToo movement, female rage has come to the forefront of the national conversation in America. Chemaly’s is one of several new books—including Rebecca Traister’s Good and Mad: The Revolutionary Power of Women’s Anger—to delve into the topic; Miller herself has begun work on another book, this one inspired by #MeToo.
For her part, Chemaly wants her writing to help redefine the aesthetics of anger. “Part of the issue is that we want to categorize things that are angry and filled with rage as ugly and violent or destructive,” she said. “That’s actually wrong, because so much of women’s creative output that is fueled by anger ends up being beautiful and creating communities. I think we need to acknowledge the powerful force of creative anger as a good in the world.”
Abigail Cain
Posted by Cabecilha at 8:21:00 PM