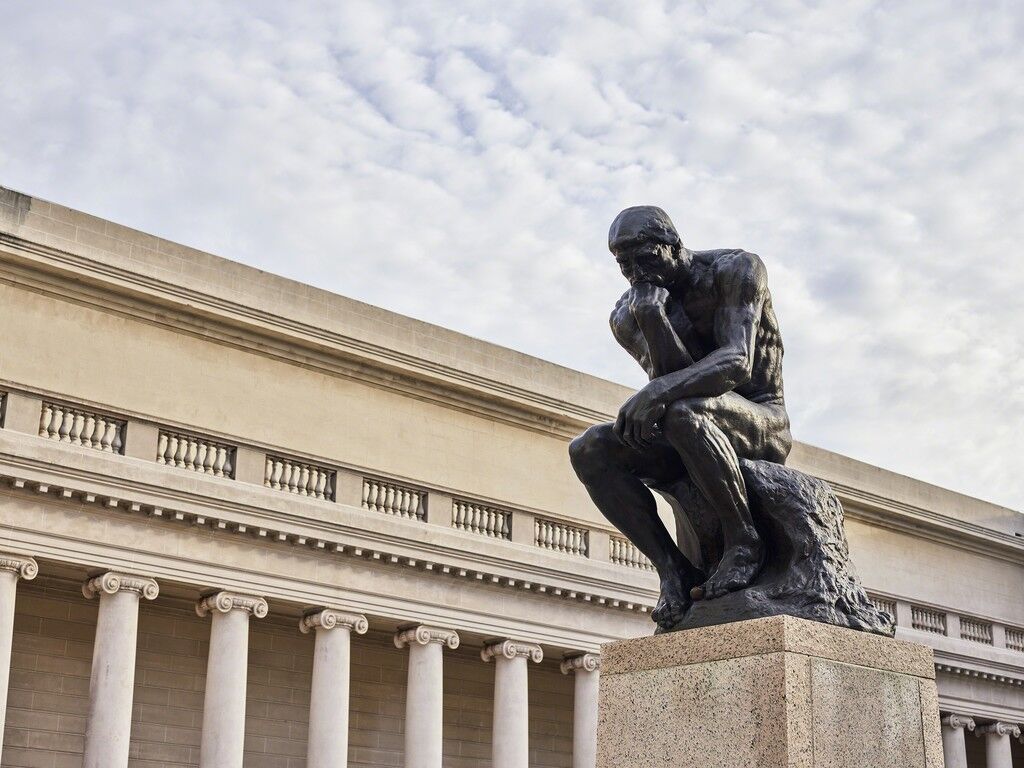 Auguste Rodin
The Thinker, ca. 1880
Legion of Honor
We tend to romanticize the creativity of artists. We imagine inspiration striking in bold flashes, at unexpected times, or in unusual locations: say, during the middle of the night, or in the untamed deserts of New Mexico. But due to this mythology, we don’t often think about how real creative people come up with their best ideas day to day.
That question is at the heart of the WeTransfer Ideas Report, published today by the online file-sharing company (which reports that three-quarters of its 42 million–plus users identify as creatives). The findings are based on a survey that was circulated to WeTransfer users this past June, which focused on the practical conditions and approaches to ideating. Over 10,000 users from 143 countries responded, sharing some 100,000 data points that allowed the company to identify strong trends across creative professions, geography, and age ranges.
WeTransfer editor-in-chief Rob Alderson, who worked with D’Arcy Doran of TCO London to develop the report, noted that the impetus was to present a picture of what real creative inspiration looks like. “I was frustrated by the way creativity is talked about and fetishized a lot of the time,” Alderson explained. He noted that conversations around creative ideas are often one-sided—driven by a big-name designer (often a white man) speaking on a stage at a conference about how his ideas work. The people listening are often creatives, too, Alderson added, “and they have ways that their [own] ideas work.”
Considering the reality of working in a creative profession—participants were mainly in music, photography, illustration, design, and marketing or advertising—much of the findings are unsurprising, and they make creativity seem a little less glamorous. “There were definitely questions where the answers were less sexy than I kind of hoped for,” Alderson admitted, pointing to the fact that most people said they come up with their best ideas at their desks.
Importantly, the report shouldn’t be read as a roadmap to developing creative ideas; rather, Alderson hopes that it offers a more nuanced view of creativity, and challenges the perception that creativity can be easily achieved through a few quick hacks. “Ideas are maddening,” Alderson mused. “If there was a place where you always get good ideas, creativity would be easy.”
While the report produced dozens of fun facts—like that over a third of survey-takers in Nigeria come up with their best ideas while in bed, and that many people in countries known for their coffee, like Colombia and Turkey, rely on the caffeine fix—below, we share three main takeaways.

When asked “Where do you get your best ideas?” nearly half responded at work, their desk, or in their studio. The next-highest, at 29%, reported they get their best ideas on the way to or from work; followed by people who reported the same for when they’re in bed, at 23%.
Alderson noted that this data was a bit disappointing, but it reflects the fact that creative professionals are coming up with their best ideas while at work—not during spontaneous, eureka moments. Alderson had hoped to see more evidence of ideas happening in unusual scenarios, like while jogging, but the responses reflect that for most people, coming up with creative ideas is part of their job.
Lu Chen, a neuroscientist out of Stanford University, shared insights for the report, noting that she supported these findings. “You need to engage your mind at a high intensity to have meaningful thoughts, previously non-existing thoughts,” she wrote. “It doesn’t happen when you are totally relaxed that something just pops up.” She explained that when we come up with ideas while walking down the street or in the shower, it’s happening because we were already thinking; it’s in moments when we’re trying to make sense of our thoughts that creative ideas emerge.
Additional environmental trends came from the prompt “To be really creative I need…” which resulted in 65% of respondents saying they needed quiet or silence (particularly by survey-takers in Asia, Alderson noted). The next highest response was from the 32% who said they needed “a neat tidy space.” Given the common conception of artists working in loud, messy environments, this may seem surprising—but it, too, speaks to the reality of being a working professional.
That same concept is supported by responses to the question: “When is the most creative part of your day?” The window from 8 a.m. to noon was popular, with 27% of respondents reporting as such, while late night and early morning hours, from midnight to 8 a.m., were selected by only 5%. The most-chosen response, however, was “it’s never the same,” which was selected by 33% of participants.
Alderson noted that the romantic idea of “being up at three o’clock in the morning and battling your art” is common, and reinforced by popular culture. The point that ideas come at different times is also key—highlighting that creativity doesn’t happen like clockwork.

“I think the most interesting thing in the whole report is how badly online does,” Alderson explained. When asked “What inspires your best ideas?” 45% of respondents said books or magazines, and another 45% said talking with friends, while 38% said travel (respondents were able to select more than one answer). Creative blogs and websites ranked in the middle, with 29% of respondents citing them as inspiration; Instagram and Pinterest were both chosen by 22% of participants; and video platforms, as well as Twitter and Facebook, rated lower.
“It makes a lot of sense that people need to get offline to actually have a new idea, otherwise you’re being fed by algorithms,” Alderson explained, pointing to the way we’re being served content on the internet based on our previous behavior and likes. “I think it’s a problem—particularly with the rise of the big creative blogs, as well—that young creatives are being exposed to the same things, the same voices,” he added. “What’s interesting is how can we try and bring that sense of happenstance or serendipity into a digital space, because it feels like that’s lacking at the moment.”
Tufts University neuroscientist Maryanne Wolf explained in the report that the affinity for offline inspiration sources, like books and magazines, has to do with the multisensory experience of reading offline, which allows for greater understanding and perception.
It is similarly advantageous to unplug when it comes to methods for recording ideas. When asked “How do you usually record your ideas?” 40% of participants said they use pen and paper, 19% said they do so on the computer, and just 17% said they rely on their phones.
Writing by hand helps us process things more deeply, explained social psychologist and policy researcher Pam Mueller in the report. Typing, on the other hand, is relatively mindless. “If you have an idea, chances are it’s not fully formed as it comes to mind,” Mueller wrote. “But as you write it down longhand, your mind is elaborating more than it would be if you just typed it out because you wouldn’t have to think as much about the typing as you do about the writing.”

Though the data could have been cross-referenced to show the idiosyncrasies of various groups, Alderson and his colleagues found that musicians and younger generations are outliers, demonstrating strikingly distinct behavior from their counterparts.
Unlike individuals working in other creative fields, musicians came up with their best ideas at night, and they were by far most often inspired by other music. They were also twice as likely as non-musicians to list “family commitments” as something that prevented good ideas, and also more likely to list “alcohol” as a necessity for creativity.
Even more distinct, though, Alderson said, were the responses from the under-18 and 18-to-25 age groups. “Out of everything we cross-referenced, age was definitely the most influential category,” he said. For example, they found that books and magazines were ranked as top inspiration sources for all groups, except for the under-18 group. “I’m not sure it was even the top 10 for them,” Alderson said. “Clearly, they do not value print creatively, so that should be part of the conversation [for] those of us running publications,” he added.
In terms of what inspires their best ideas, those under the age of 18 were the only group that ranked music the highest, Alderson added, and they were more likely to have good ideas through online platforms, with YouTube, Vimeo, and Netflix ranking well. Coming up with ideas in bed was also higher for this group (45%); they experienced just as many good ideas in a messy environment as a tidy one, and less inspiration in the mornings.
Alderson emphasized that the report isn’t meant to demystify or criticize creativity, but rather to provide more context. “We don’t approach creativity in one way, and so I think that the whole way we talk about creativity has to then reflect that,” he explained. While the report shouldn’t be read as a guide to becoming more creative, Alderson does think certain insights will resonate with people. That might mean asking yourself where your best ideas come from, and capitalizing on what works well for you.
Casey Lesser is Artsy’s Creativity Editor.
Related Stories

How to Talk to Kids about Art

How to Get Started Drawing with Charcoal 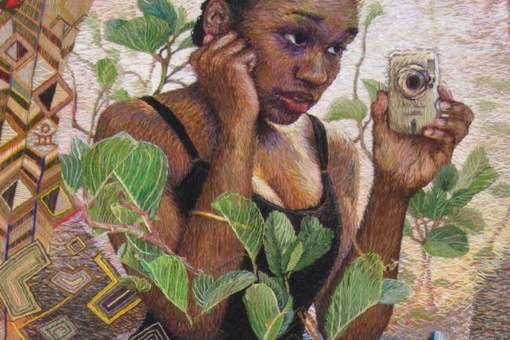 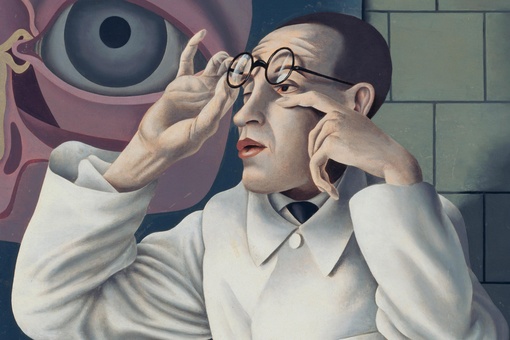 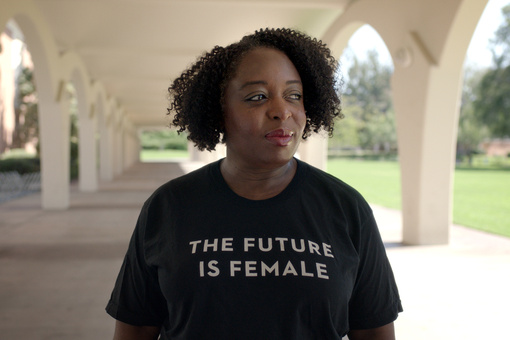 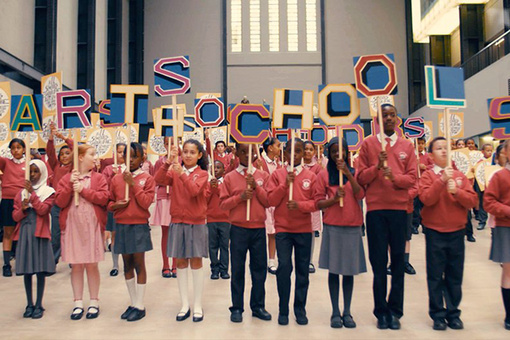 How to Talk to Kids about Art
Casey Lesser
Nov 23, 2018
SPONSORED BY BOMBAY SAPPHIRE
Posted by Cabecilha at 8:19:00 PM