The Significance of Using Yellow in Contemporary Culture 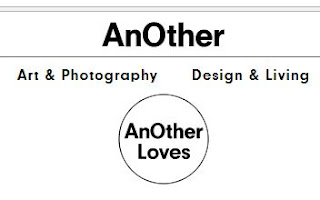 From Los Angeles' golden streetlights to Beyoncé's Cavalli gown, we examine the contextual legacy of the sunniest shade on the spectrum

FEBRUARY 28, 2017
TEXTAna KinsellaILLUSTRATIONFee GreeningPHOTOGRAPHIC EDITORHolly Hay
The colour yellow calls to mind the simplicity of the nursery: a time when everything was painted in pastels, or sunny and shining. Think of Easter baskets and a day at the beach, or else think of the fact that so many yellow shades are named after the things we like to eat: lemon, mustard, honey or butter. A yellow day is a state of mind – it is hazy afternoons in long grass, eyes closed to the sunshine above. Yellow represents Vitamin D and hope, the Beatles and their Yellow Submarine in psychedelic swirls of colours. There’s an innocence to it, a relentless optimism that can last long in the memory. But it is also the colour of cowardice and weakness, and even treachery. It has long been linked with Judas Iscariot in European art and even with its more positive connotations, it’s always possible to have too much of a good thing. See the narrator of the gothic novella The Yellow Wallpaper by Charlotte Perkins Gilman, driven to madness by the colour and pattern of her sickroom walls, during the period of her rest cure. With nothing else to do, she stares at the eponymous wallpaper and hallucinates, slowly losing her mind.

A recent spread in GQ Style declared yellow the colour of the season, and featured 2017’s screen idol Mahershala Ali posing in a banana mac or a daffodil overcoat in front of a yellow backdrop. Here’s a theory: in fashion, yellow is a colour that lends itself best to iconic moments that stay in the memory. Think of Beyoncé and her baseball bat, in a ruffled yellow Roberto Cavalli gown, walking in slow motion in the video for Hold Up. Or Kate Moss’s vintage off-the-shoulder lemon yellow party dress, worn to an AnOther party in 2003. It later was reconstructed as the standout in one of Kate’s thoughtful homage collections for Topshop. Yellow is bold, but not overly so, with personality and character for the wearer. Or it might just be a superb look that stands out while also lasting the test of time, as Michelle Williams proved at the 2006 Academy Awards in canary yellow Vera Wang, often mentioned as one of the best red carpet dresses in recent years.

It might not come as a surprise that Vincent Van Gogh and Gauguin used the same Paris paint supplier; though Gauguin managed to choose more stable yellows, so that their pigments have lasted with more integrity down the years than Van Gogh’s familiar sunflower yellows. It’s hard to know just how much artists such as these weighed up the idea of longevity when choosing a paint, although Gauguin’s The Yellow Christ is one such example of the effect both of them chased with their use of the colour. Likewise, it’s hard to know if the yellow light in Edward Hopper’s Nighthawks, currently a spry 75 years old, will last well into the future with the same warmth and hope. The electric light of the diner, something any city dweller can recognise for its familiarity and its security, offers the characters a bright spot in the night, for both their romances and their miseries. Yet it’s the goldenrod door on the far right that holds the most mystery. It seems to be a promise, or a clue, which is far from what yellow can often represent in abstract art. See Josef Albers’s series, Homage to the Square, where yellow often interacts with other colours. Here it can recede or advance while always announcing its presence and asking the viewer to look a little longer.
Yayoi Kusama has made pumpkins throughout her career, often casting them unusually large or else showing them in bulk form. Her 1994 sculpture, Pumpkin, resident on Japan’s Naoshima island, sits on a pier by the water. Its yellow glow, dappled with black dots, makes it appear otherworldly, like an accident or an abnormal growth. In recent years she has also crowded many yellow pumpkins into a single space, as in the mirrored room of All the Eternal Love I Have for the Pumpkins, at Victoria Miro in London in 2016, where the effect becomes one of infinity and multiplicity for the viewer, who is lost in their spread.

Yellow is a sterling choice for memorable costume in cinema – think of Emma Stone’s swishy canary dress in La La Land, or Belle’s famous buttery ballgown in Beauty and the Beast. But outside of dresses and gowns, the colour has an important role to play in how films are lit. Wong Kar-Wai is one proponent of yellow lighting, and his 2004 film 2046 is particularly saturated with yellow light, in hazy interiors and scenes that can feel like memories.
There’s another interesting facet to yellow’s life on the big screen, one with a specific connection to Hollywood itself. For years, the yellowish glow of Los Angeles streetlights gave the city a unique edge on film, and movies that involve a lot of driving at night in the city were made with this in mind. Director Michael Mann moved the filming of the 2004 picture Collateral from New York to LA to avail of the strange, almost sinister glow of the city’s yellow sodium streetlights. It’s the same light you see in night scenes in 1999’s Fight Club. But in 2013, Los Angeles started to replace these lights with LEDs, which have a colder, bluer tone – more similar to other large cities around the world. And with that, the glowing sea of yellow stars seen from the Hollywood Hills (and instantly recognisable from cinema) would change permanently: cooler and calmer than what we know from the films of the past.
DESIGN & LIVINGCOLOUR IN CONTEXTCOLOUR