You Won't Believe Your Eyes: The Dizzying History of Op Art

You Won't Believe Your Eyes: The Dizzying History of Op Art 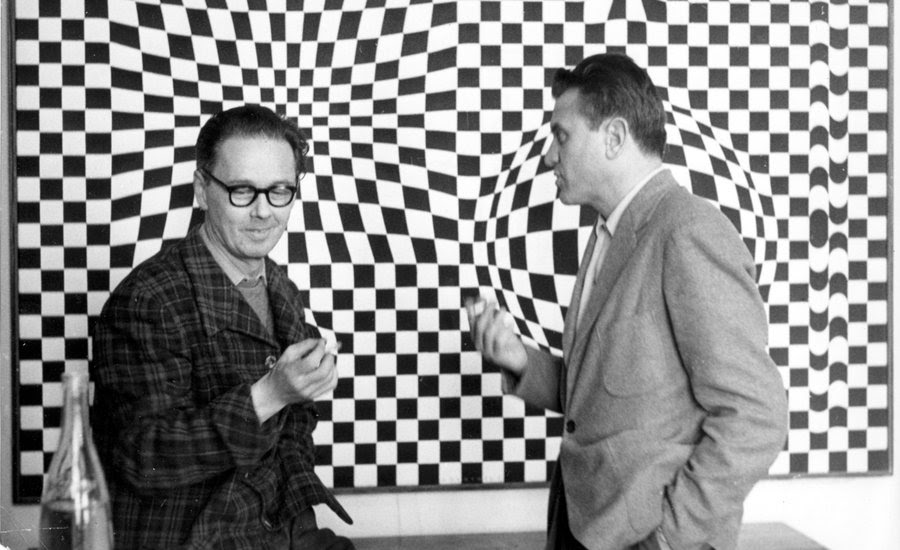 They say seeing is believing—but as Op Art reveals, you can't always believe your eyes. Short for "Optical Art," Op Art is characterized by geometric patterns that seem to vibrate, swirl, or bend as you view them. The style became wildly popular in the swinging '60s, when psycholodelic designs infiltrated fashion, design, and art—but Op Art was more than just a trend. 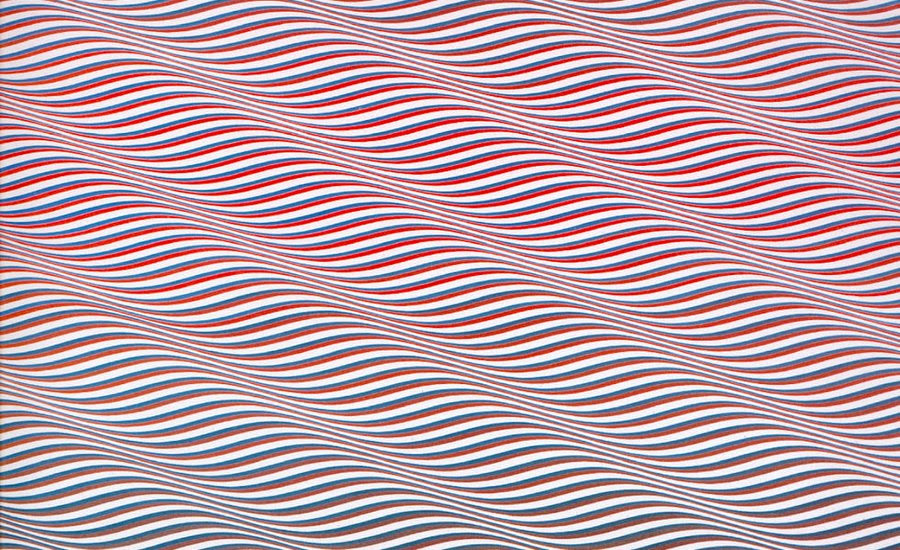 Artists have always been interested in the nature of perception. But in the 1950s, when advances in psychology and technology offered insights into the relationship between the outside world, our vision, our brain, and our experiences, Op Art solidified as a movement rooted in the viewing experience. Exploring the unexpected psychological and physiological responses to visual stimuli, Op artists played with contrasting lines and geometric patterns that to the viewer, seemed to vibrate or move. In some cases, viewers reported experiencing vertigo and nausea, proving the power of images to illicit physical response.
Conceptually, Op Art offered a new perspective on the function of painting. During the 1960s, art as a whole began to embrace the notion of participation. Kinetic Art involved moving sculptures that related to the spectator's body; and "happenings" constituted performances enacted during everyday life that required audience participation. Op Art was painting's contribution to participatory art, requiring the presence of a viewer to illicit it's function as an optical illusion.

Artists at the forefront of both the Op Art and Kinetic Art movements were featured in "Le Mouvement," a group exhibition in 1955 at Galerie Denise Rene in Paris, though the works wouldn't be called "Op Art" until almost a decade later. The term was coined in 1964 by artist and writer Donald Judd in a Times Magazine review of Julian Stanczak's exhibition, "Optical Paintings," held at the Martha Jackson Gallery in New York. Within only a year, Op Art went on to become an international hit, most notably featured in a survey at the Museum of Modern Art entitled "The Responsive Eye" that included artists like Frank Stella, Ellsworth Kelley, Wen-Ying Tsai, Victor Vasarely, Alexander Liberman, Richard Anuszkiewicz, Getulio Alviani, and Bridget Riley.
The large, dizzying, black and white paintings of London-born Bridget Riley are perhaps the most known works of the Op Art movement. From 1961 to 1964, the artist experimented with contrasting black and white compositions, occasionally including tonal gray gradations. One of her most well-known works is Fall, exhibited at her solo show at Musgrave's Gallery One in 1962. Like all of her paintings since 1961, Fall was executed by studio assistants following extensive studies conducted by the artist. 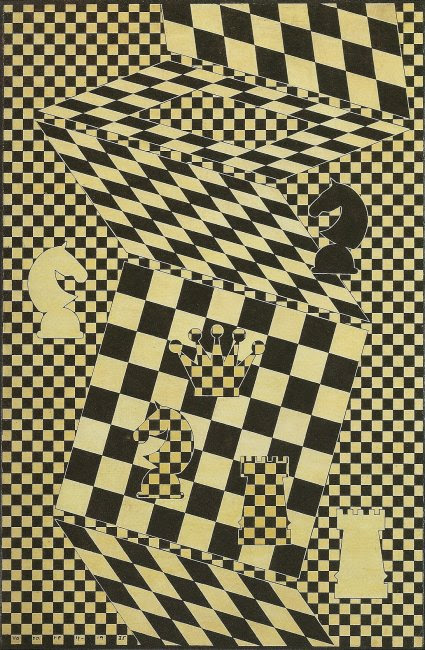 The Chess Board by Victor Vasarely, 1935

Although Op Art closely aligned with the hallucinogenic aesthetics of the '60s, artists had been experimenting with patterning and perception well before the movement took hold. Considered by many as the grandfather of Op Art, Hungarian-French artist Victor Vasarely produced one of the earliest examples of Op Art in the 1930s. Though he had primarily been making portraits and figurative paintings in the 1920s and early '30s, Vasarely's The Chess Board painted in 1935 marked the beginning of Op Art.

The Science Behind Op Art 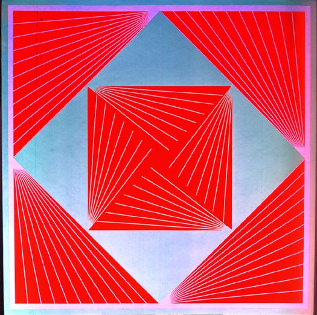 Intrinsic Harmony by Richard Anuszkiewicz, 1965
By using lines and geometric shapes in contrasting colors (mainly black and white), artists were able to make discordant figure-ground relationships. Lines and shapes would seem to flicker back and forth between rising to the foreground and fading into the background. The vibrating result causes the viewer to experience motion, which for some, induced sickness or dizziness.
In addition, some black-and-white Op Art pieces cause viewers to see after-images—colored shapes created by our brain based on signals the eyes send, but do not in fact perceive. Some artists, like Stanczak, Anuszkiewicz, and Riley used colors from opposite sides of the color wheel to illicit optical illusions.
browse Op Art for sale on Artspace Here
At the height of the Op Art movement, many critics were skeptical, denouncing the so-called gimmick as a fleeting trend. While the graphic patterns that characterized the movement did become commercialized and commodified in the fashion and design industries that loved to appropriate them, Op artists continue to be invaluable by having radically altered the relationship between artwork and perception.
Posted by Cabecilha at 10:55:00 AM