Related
Alphachanneling, whose first solo exhibition is on view at Jack Hanley Gallery March 17 through April 17, is all about pleasure. His sinuous lines and simple palette show bodies in all sorts of carnal combinations, often frolicking in a lush jungle landscape. It looks like Eden, before that sorry business with the apple and snake. While his subject matter is thoroughly pornographic, the work never seems sordid, perhaps due to the artist’s refusal to separate the sacred from the profane. (His habit of choosing titles such as “Benediction,” “Guided Meditation,” and “Follow Your Bliss” for some of his steamier works is both funny and touching.)


Although he’s chosen to remain anonymous, Alphachanneling is one of the better-known artists on Instagram, with a following fast approaching 200,000. While the artist’s watercolors and pencil drawings have a bite-sized quality perfectly suited for viewing on a phone screen, it’s easy to imagine spending more time with them when they’re hung on a gallery wall. In a recent phone conversation with ARTINFO, Alpha (as his gallerist calls him) spoke about the upside of anonymity, Robert Crumb, and why spirituality is just as stigmatized as sex.


What have you gained by choosing to remain anonymous?
I’m involved in a range of different creative projects and I don’t feel there’s any benefit to reconciling those worlds. They have different audiences and there’s no need to merge them. It also keeps a distinction between me as a person and the world that I’m creating. A lot of people don’t know if I’m a guy or a girl or what my story is. It’s nice to have it open to interpretation.
Nobody can Google you!
That’s cool. It creates a blank canvas for the Alphachanneling world. The focal point isn’t me, it’s the place I’ve created.
Does using a pseudonym ever make you feel like you’re playing a role?
I wouldn’t call it a role, more like stepping into that world and channeling it. The work hinges on the idea of utopia, a space where certain laws of the universe don’t apply, a world where all things are in a harmony. There are no limitations, you know?
Many of your paintings and drawings do have a limitless, larger-than-life appeal. Do myths inspire you?
I’ve always been really inspired by mythology, that whole cultural legacy of all these fantastical stories. I also believe that our real lives are mythical. The love that people have in their lives, and the love that I’ve had in my life, are their own legends. I felt that I have license to amplify that and turn it into characters and landscapes.
You often include lotus blossoms, mandalas, and other elements that suggest transcendence or devotion. What role does spirituality play in your work?
Rumi’s poetry is a huge influence. It exposed me to the idea of creative expression as a medium for praise and devotion. For me, the art-making process is like prayer. I’m lucky to have found a way to exalt and to honor the things I experience. Alphachanneling started as a way of focusing on joy, light, and desire, rather than making work that was an expression of my anger at the state of the world. The more attention I put on those things, the more they propagate themselves.
What’s your creative approach? How do you start a new piece?
My process involves being extremely liberal with using up paper. Total freedom to indulge in lines and forms and flying through the pages as I tease out an image. It’s like following the thread of a fading recollection of a dream upon waking. I simplify the image so the marks become calligraphic and lyrical. I also amplify the parts of the image that are most activating for me. This often involves rearranging the body’s anatomy to fit the most exciting elements on the page.
What art and artists inspire you?
Robert Crumb has always inspired me because his art is so profane and sincere at the same time. I respect the way he brings humor into his art. In a Zen-minded way, I believe the highest form of anything is that which can laugh at itself: the wisdom of the fool, the Hodja riding backwards on his donkey. I want my work to be playful and funny.
Ritualistic art also resonates deeply with me. The use of pattern goes beyond decoration. There’s a power in repetition, it creates a kind of rhythm that opens up the body to an internal soft focus which lets us receive on a deep intuitive level. Taoist and Tantric art seem to be some of the only places where the notion of sexuality as an expression of the higher self exists.
Tell us about your upcoming show.
The new work for the show is filled with jungles bursting with life and lushness. Within these landscapes are people engaging with each other in what’s not necessarily a... polite way, but at the same time how could it be wrong in that setting? My work tries to marry the dirty and the shameful with the pure and the sacred. Both worlds are stigmatized. It’s not really O.K. to talk about divine things or to feel spiritual — it comes with some shame. And there’s obviously shame that goes with anything overtly sexual, even though everyone is drawn to it. With this work you’re looking at something that seems pornographic, but done in a way that tricks you into thinking otherwise because the colors and the lines are intrinsically gentle. 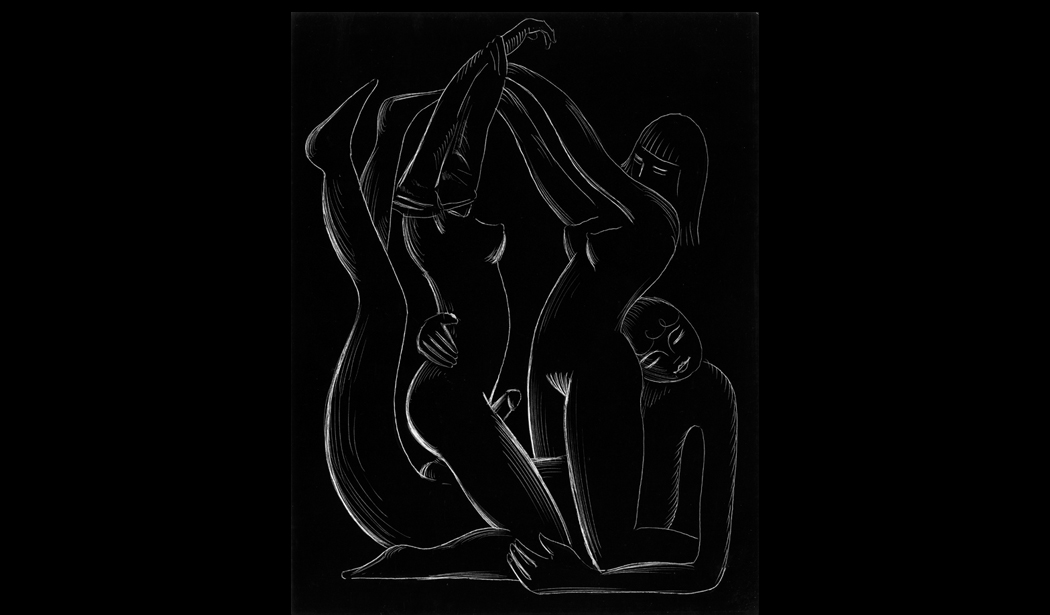 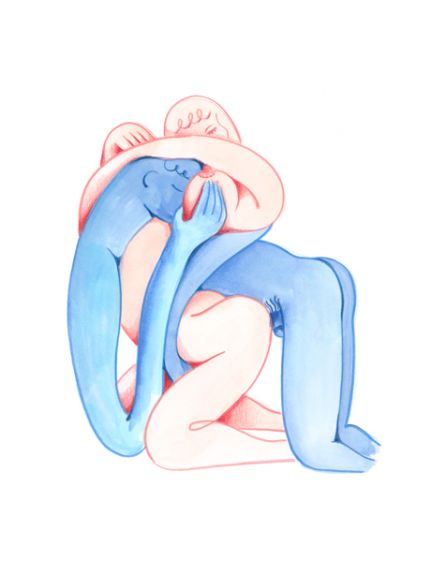 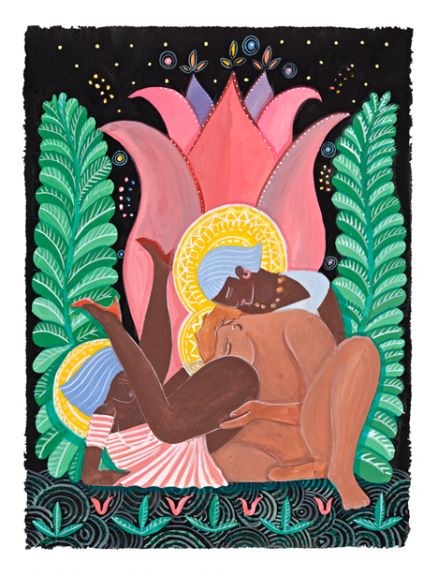 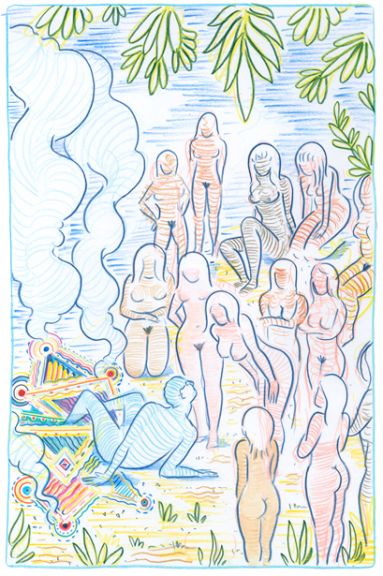 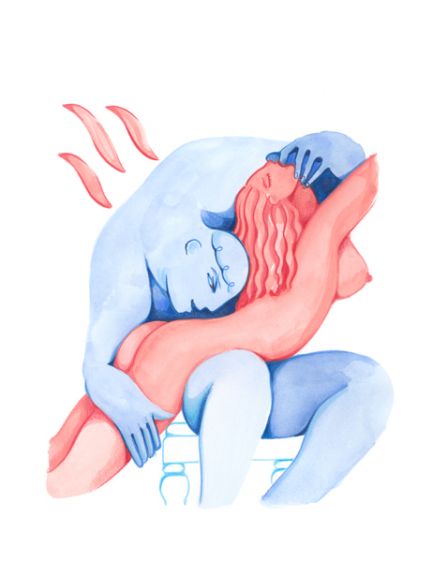 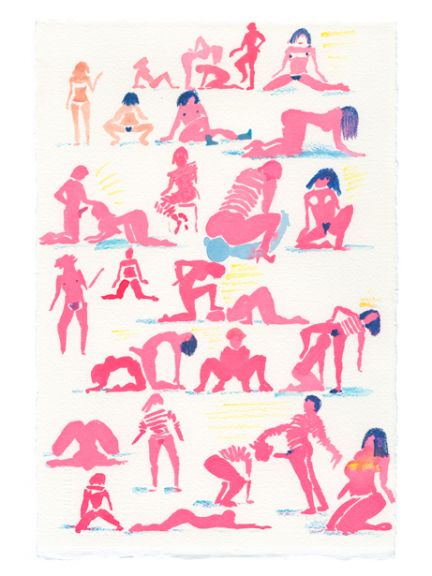 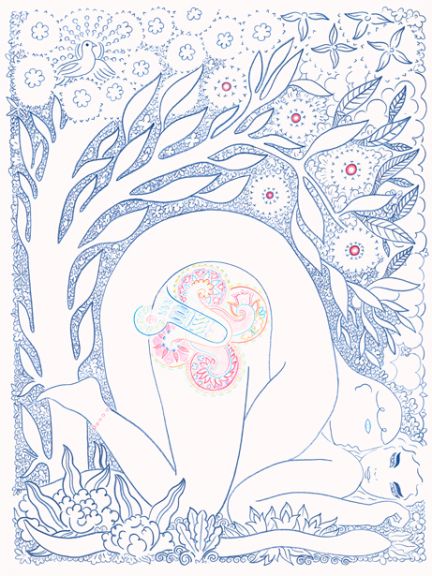 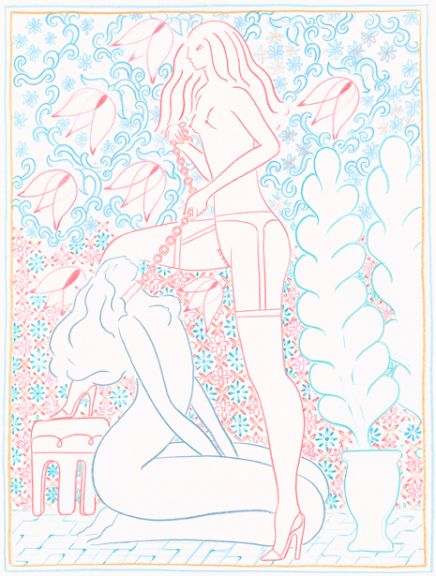 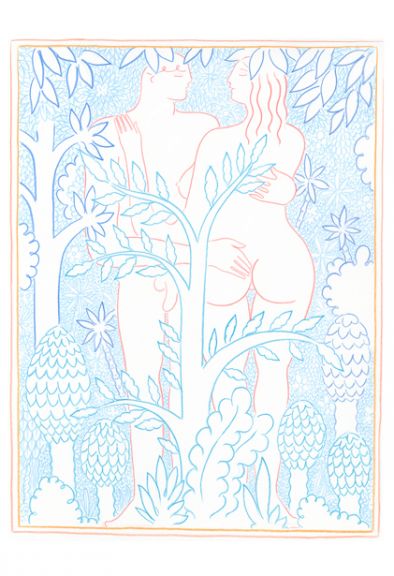 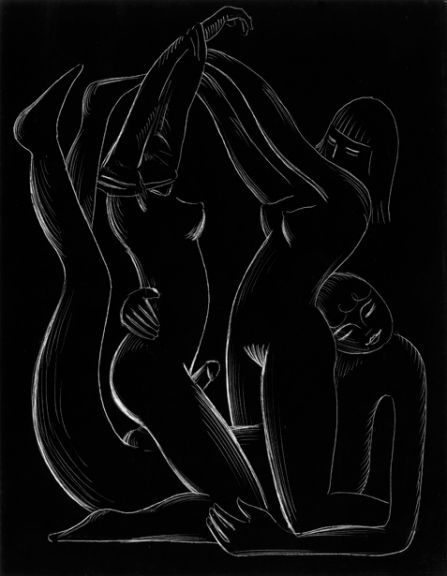 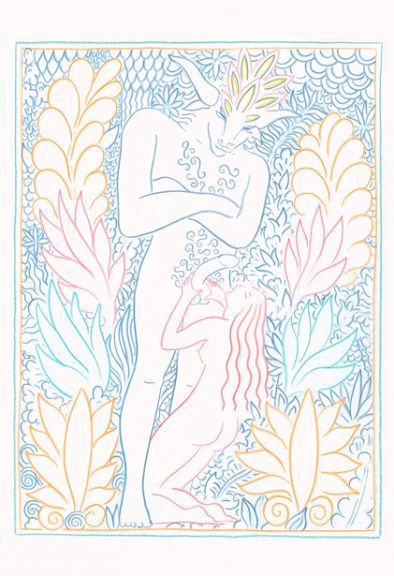 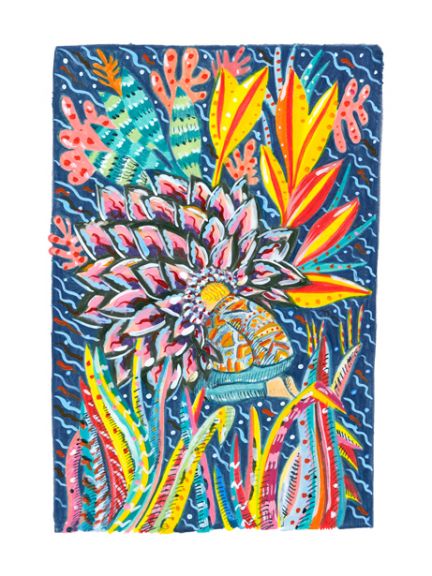 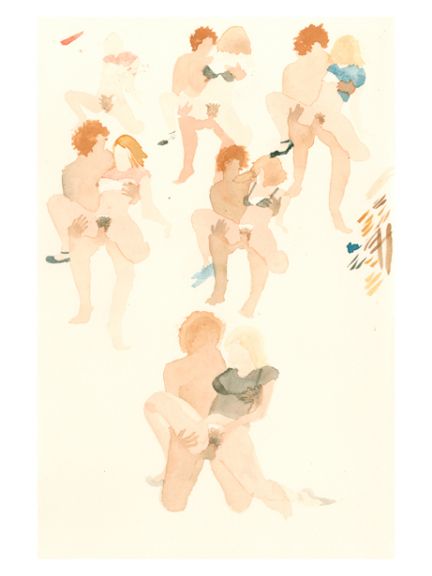 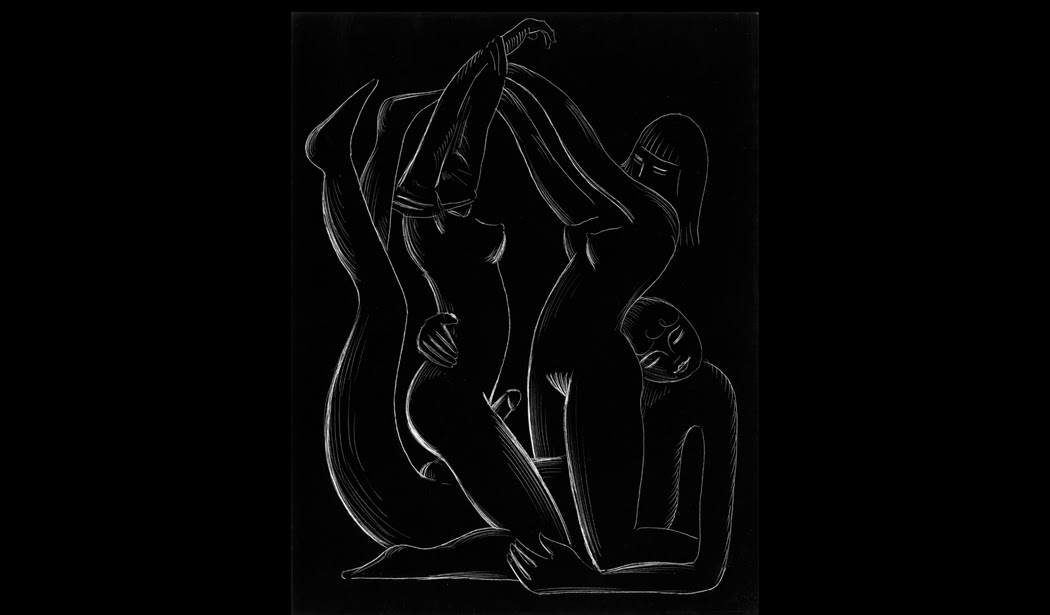