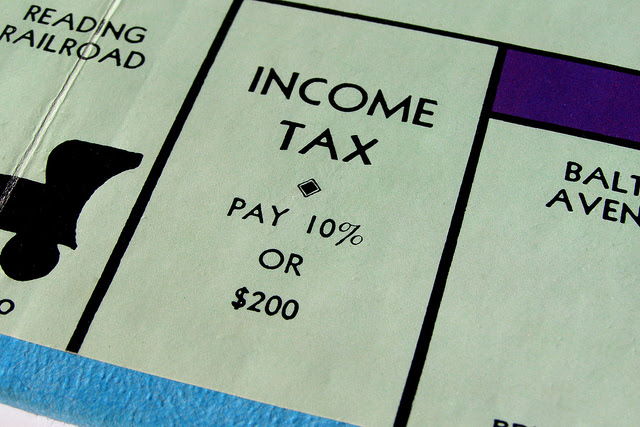 (Photo courtesy of StockMonkeys.com)
T.S. Eliot’s claim that April is the cruelest month feels particularly true during tax season. Assuming you’re an artist in the United States who makes at least $10,000 a year, you may be scrambling to file your return before tomorrow’s deadline. And whether you’re making the big bucks like Jeff Koons or wallowing in obscurity á la Van Gogh during his lifetime, it can be a headache-inducing process.
Next year, save yourself the trouble and follow these tips:

Artists don’t have to pay taxes in the country, so long as they’re willing to part with a few paintings or sculptures. More than 700 artists in Mexico benefit from the Pago en Especie (Payment in Kind) program, which first began in 1957 and has amassed nearly 7,000 works from artists like Diego Rivera, Frida Kahlo, Antonio ‘Gritón’ Ortiz and Miguel Calderón.
See also: horchata.

It’s nice to live in a country that acknowledges most artists are actually poor. Sell your work abroad, and the Indian government allows 75% of your total income to be exempt from taxation.

Since last March, England, Scotland, Wales and Northern Ireland have allowed artists to donate works to the state through its Cultural Gifts Scheme in exchange for tax deductions. (Reap the rewards even if you’re not an artist: In December, a collector donated Van Gogh’s “Head of a Peasant Woman” to the National Gallery under the program).

5. Or maybe just get smarter about your taxes.